REDBLACKS come up just short in Thanksgiving clash with Montreal 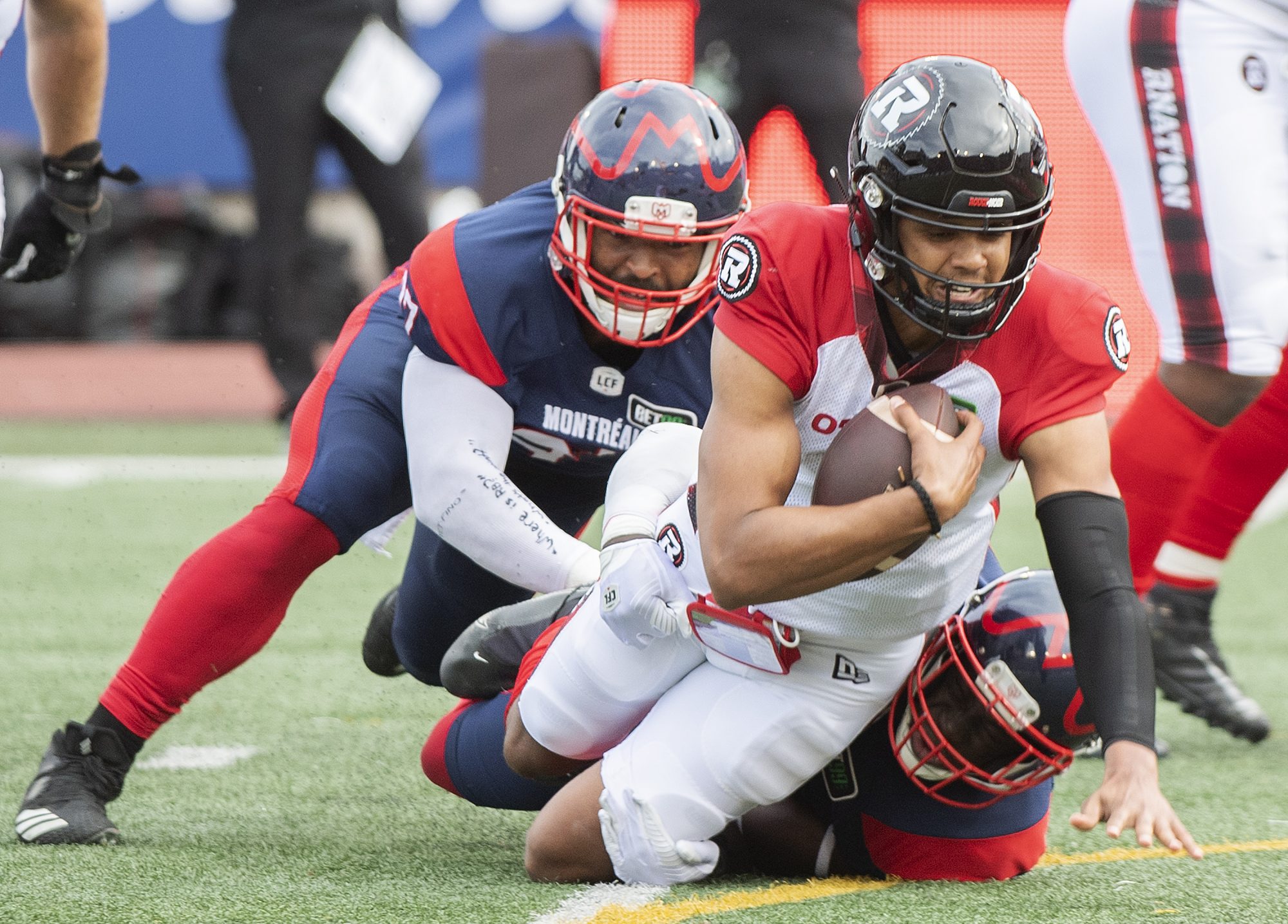 REDBLACKS come up just short in Thanksgiving clash with Montreal

It was a Thanksgiving defensive battle in Montreal versus the Alouettes on Monday afternoon, with the Ottawa REDBLACKS coming up just short in a 20-16 loss.

Making his third career and third-straight start under center for Ottawa, rookie QB Caleb Evans threw for 125 yards while running for 64 more. The always-steady Lewis Ward went a perfect 4-for-4 on field goal attempts while running back De’Lance Turner rushed for 71 yards in his CFL debut.

REDBLACKS defensive back Brandin Dandridge came up with the biggest play of the second quarter, making a diving catch to intercept Adams Jr. before the Alouettes could get into the red zone. That swung the momentum, as the first offensive play following the pick was a 41-yard completion to Nate Behar as the REDBLACKS provided some pressure of their own.

But while Ottawa led at the halftime despite giving up the game’s opening touchdown early in the game, the Alouettes stuck around and did enough to come out on top. After trading the lead through much of the game, the result came down to a late drive from Montreal, as QB Matthew Shiltz was forced to come into the game for injured starter Vernon Adams Jr.

Leading up to that final drive, the REDBLACKS looked like they would indeed play Thanksgiving spoiler in front of the Montreal crowd as the lead changed four times throughout the contest. Ottawa did their best to make life difficult for Adams Jr., ultimately sacking him six times, including two from Kene Onyeka. Micah Awe, meanwhile, led both teams with 11 defensive tackles on the afternoon.

The REDBLACKS will get another crack at Montreal when Ottawa returns home to host the Alouettes at The Stadium at TD Place on Saturday, October 16 at 4 p.m.