Five Reasons to Come Watch the REDBLACKS on Wednesday 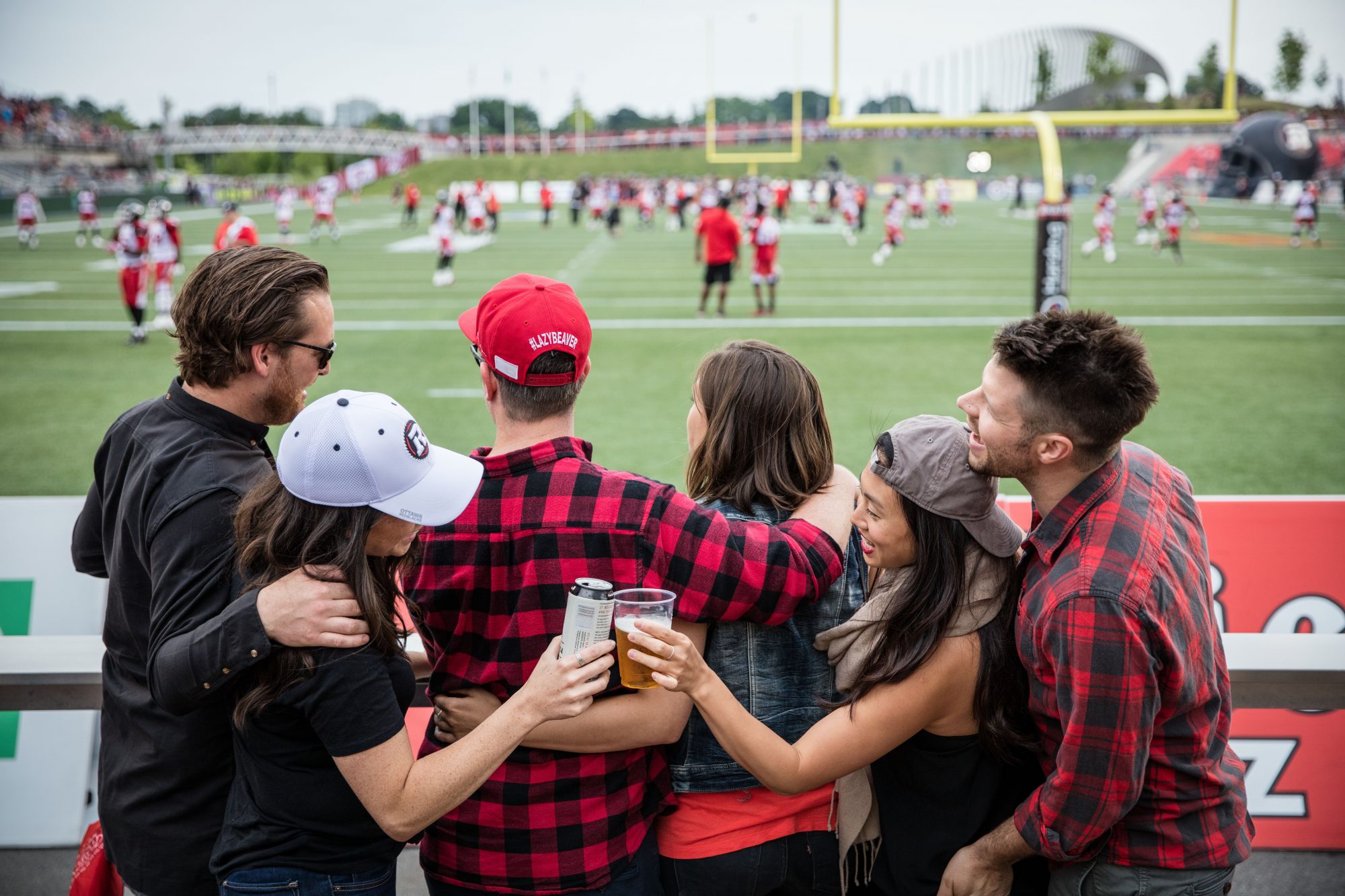 Five Reasons to Come Watch the REDBLACKS on Wednesday

It’s a rare Wednesday night kickoff for the Ottawa REDBLACKS, this week. After what will ultimately be 11 days between games, and 19 days between home games, the REDBLACKS return to the lights of TD Place on Wednesday, September 22, for a clash with the Hamilton Tiger-Cats at 7:30pm EDT.

It’s never a bad night at TD Place, but as always, there are tons of exciting things happening for what’s shaping up to be a great night of football in the nation’s capital! Here are five reasons why you should come out and see the REDBLACKS on Wednesday:

No, you don’t need to schedule an optometrist appointment, you read that right: fans coming out to the REDBLACKS game on Wednesday can enjoy their football with an ice cold beer, for only $5!

Starting when doors open at 6:00pm, until kickoff at 7:30pm, fans can grab a Budweiser for just $5 at Gate 1. Of course, a Bud always tastes better with your “buds”, so make sure to bring your friends out to enjoy some great football, and great beer, at a great price!

If it weren’t enough that you could grab a $5 beer before kickoff, RNation will also be treated to some live music before the football action begins, and at halftime!

With the same gritty, hard-driving rock-and-roll sound made famous by The Rolling Stones, and the country-rock edge of the likes of Neil Young, and Tom Petty & The Heartbreakers, cover band Young Petty Stones are set to rock TD Place with all the hits that you know and love.

The band will be performing at 6:30pm — an hour ahead of kickoff — and again at halftime, so make sure to grab your Buds and your buds, and join the party. We’re sure you’ll be able to get some satisfaction, out of it.

Let’s be honest, great food just tastes better when watching some exciting football, so we’ve got just the thing for REDBLACKS fans in attendance on Wednesday.

We’ll have a local food truck, Curbalicious, on hand for Wednesday’s game. On top of our delicious options available at concessions, RNation can hit the food truck to grab some perogies.

Beer, live music, and food? How are there still two more reasons left?

When REDBLACKS receiver Brad Sinopoli retired this summer, he did so as one of the greatest to ever lace up the cleats in Ottawa. The University of Ottawa alum suited up for 139 career games over five seasons with the REDBLACKS, tallying 5,741 receiving yards, and 19 touchdowns. Sinopoli also helped the REDBLACKS to their first Grey Cup win in 2016, ending the city’s 40-year championship drought.

Now, it is our honour to show our appreciation for him. At halftime, Sinopoli will take to the field for a special ceremony, where we celebrate him, and everything he accomplished throughout his legendary CFL career.

It’s sure to be one of the most special moments in team history, and we would love for you to join us, and share in our appreciation for #88.

In honour of Brad Sinopoli, 50/50 will include an additional special pricing level of 200 numbers for $88. Grab your tickets today.