The Ottawa REDBLACKS are saying a bittersweet goodbye to a vital member of the organization, and one who has been with the team since their inception.

Colin Farquharson, Ottawa’s Head Video Coordinator, is moving on from the REDBLACKS after seven years, three Grey Cup appearances, and a championship victory in 2016, as he transitions to an exciting new role within the House of Commons.

Farquharson has served with the REDBLACKS since their inception, overseeing all of the team’s filming, dubbing and editing of game and practice film. Colin and his video department have been a vital asset to the REDBLACKS’ Scouting Department, maintaining an up-to-date library of all NCAA, NFL, and U Sports game film. A veteran of 22 CFL campaigns, Colin previously spent six seasons with the Hamilton Tiger-Cats as their Head Video Coordinator, and seven seasons in the same role with the Montreal Alouettes, winning a Grey Cup with the Als in 2002.

After his long and successful tenure in the CFL, Farquharson leaves the REDBLACKS after having been the only member of the organization – at any level – to attend every single preseason, regular season, and postseason game in their history. All in all, Farquharson’s CFL career has spanned 22 seasons, and a grand total of 365 regular season games.

“I think I was the 6th person hired by the REDBLACKS when we were working from our makeshift office on Industrial Avenue while we were preparing for the expansion draft in order to begin play in the 2014 season. It has been a 22 year career for me in the CFL which began for me exactly one month after I graduated from university,” reflected Farquharson on his storied career.

He also added, “From my calculation, this past Saturday was my 132nd REDBLACKS and 377th CFL game that I worked.  This includes all pre-season and postseason games. I’m fortunate enough to go out on a winning record with 196 wins, 178 loses and 3 ties.”

“Colin has managed the REDBLACKS’ video department at the highest level since he was first hired in 2013. His CFL experience and dedication to his job allowed our coaching staff and personnel department to function efficiently in game preparations and personnel evaluations,” said REDBLACKS general manager Marcel Desjardins. “We want to thank Colin for the contributions he has made to the REDBLACKS and wish him the best in his new adventure.” 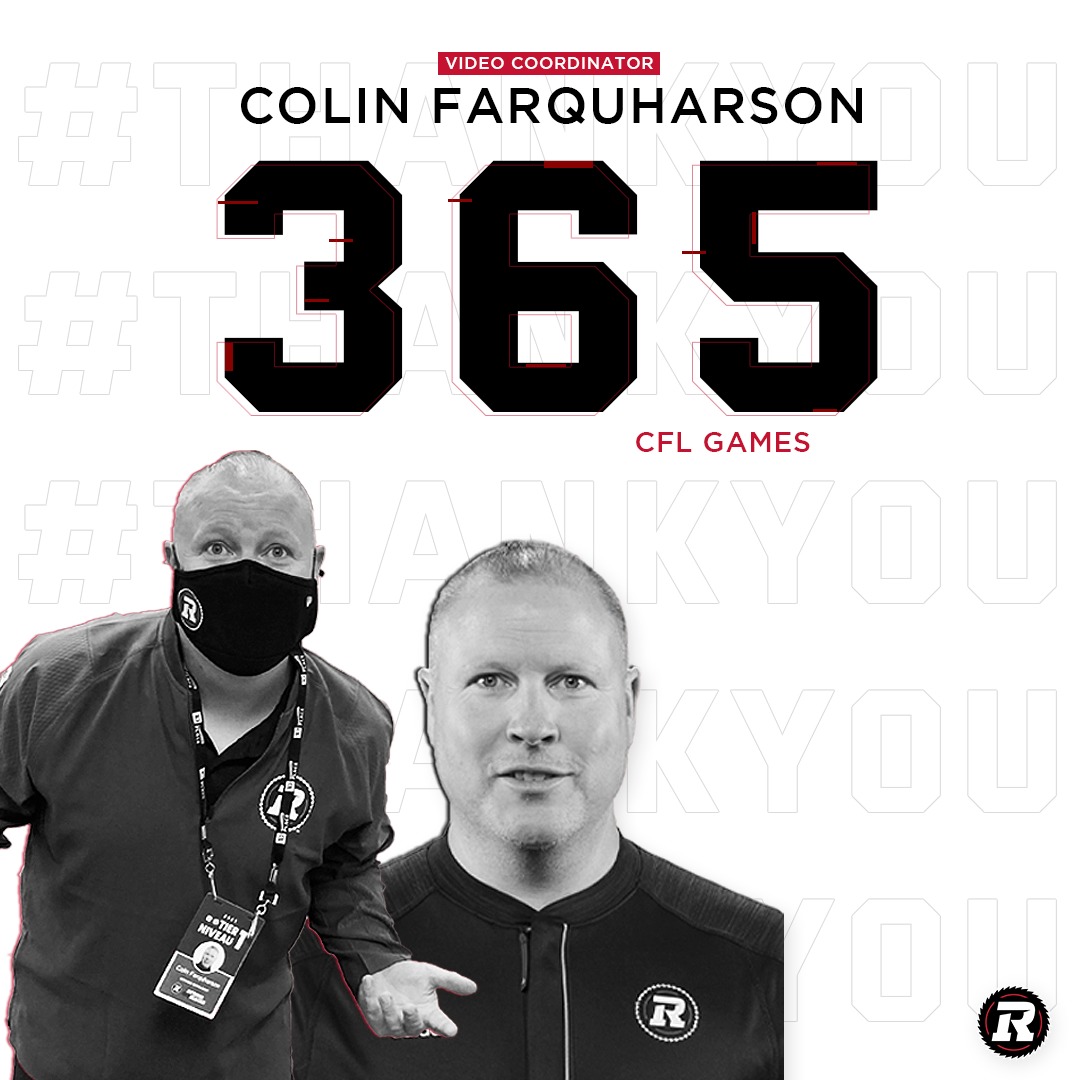