REDBLACKS Look To Continue Tradition Of Success In Home Openers 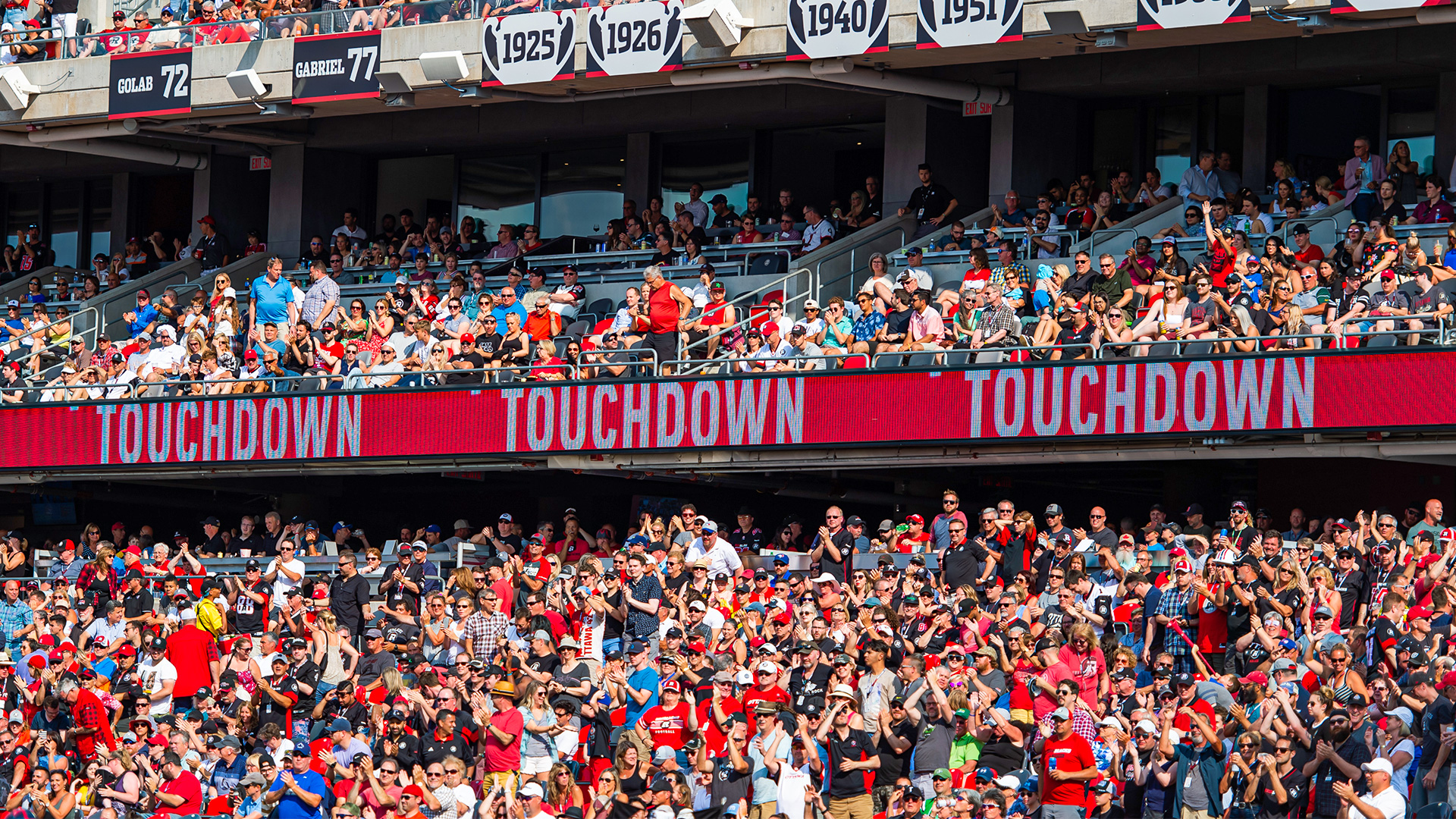 REDBLACKS Look To Continue Tradition Of Success In Home Openers

When they kick off against the BC Lions on Saturday night, it will mark the first Ottawa REDBLACKS game at TD Place in 667 days. Anticipation is at an all-time high for football’s return to the nation’s capital, and with good reason. Not only has it been an unbearably long time since RNation has seen their REDBLACKS defend home field, but the home opener has historically been a cause for celebration in Ottawa.

Since their return to the CFL in 2014, the REDBLACKS have never been beaten in a home opener, currently holding an all-time record of 4-0-2.

Though the REDBLACKS only found the win column on two occasions in their inaugural season, the first victory in franchise history came in thrilling fashion at TD Place. On July 18, 2014, Ottawa earned an electrifying 18-17 decision over the Toronto Argonauts in their debut on home turf. Kicker Brett Maher was perfect on six field goal attempts, including the game-winner in the dying minutes of the fourth quarter, and REDBLACKS legend Henry Burris went 17 for 30 with 216 passing yards. Defensive back Jasper Simmons’s interception with 38 seconds remaining sealed the historic victory, and on a night where the REDBLACKS honoured the storied history of football in the nation’s capital, they took a step towards a bright future.

2015 featured another opener that sent RNation home happy, this time in the form of a 27-16 victory over the Lions. Burris was brilliant, leading the charge with three passing touchdowns and 296 yards. Receivers Greg Ellingson and Brad Sinopoli both caught touchdowns, and running back Chevon Walker earned 104 yards on 23 carries, leading the REDBLACKS to a productive offensive day.

Ottawa’s 2016 campaign began an interesting two-year stretch, wherein the REDBLACKS had two increasingly-rare tie games, both of which came against the Calgary Stampeders. The first was a back-and-forth shootout, where the show was stolen by REDBLACKS receiver Chris Williams, and his three touchdowns and 130 yards on ten receptions. Quarterback Trevor Harris threw for 396 yards, and the REDBLACKS fought their way to a 26-26 deadlock, en route to their first Grey Cup championship in franchise history, over that same Calgary squad.

Strangely enough, the REDBLACKS opened the 2017 season with another tie against the Stamps, this time by a score of 31-31. Harris again led Ottawa with a 300-yard day, while receivers Joshua Stangby, Juron Criner, and running back William Powell all caught touchdown passes. Running back, and local product, Brendan Gillanders also rumbled for 80 yards on the ground, and the REDBLACKS again found themselves even with Calgary.

After a Week 1 bye in 2017, the REDBLACKS again opened their season at home, and broke the streak of ties in convincing fashion. Harris torched the Saskatchewan Roughriders for 345 yards and two touchdowns, and Powell scored two touchdowns to go with 94 rushing yards, powering the REDBLACKS to a dominant 40-17 victory. Defensively, Ottawa was led by linebacker Avery Ellis’ two sacks and a forced fumble, with defensive backs Jonathan Rose and Loucheiz Purifoy logging interceptions.

2019’s home opener was another win over the Roughriders, but this one by a much tighter margin. In a game that surprised many who were expecting a defensive battle, the REDBLACKS pulled out a 44-41 victory. Kicker Lewis Ward was flawless, going a perfect six-for-six on field goal attempts, and putting the winner through the uprights late in the contest. Quarterback Dominique Davis gave Ottawa 345 yards and three touchdowns through the air, also rushing for 43 yards. Receivers Dominique Rhymes and R.J. Harris, as well as fullback J.C. Beaulieu hauled in touchdown catches for the REDBLACKS, with Ellis and safety Antoine Pruneau generating turnovers in the form of fumbles.

The REDBLACKS have a proven history of success in home openers, and they’ll put their unbeaten streak on the line against the Lions this Saturday, August 28, with kickoff set for 7pm EDT.