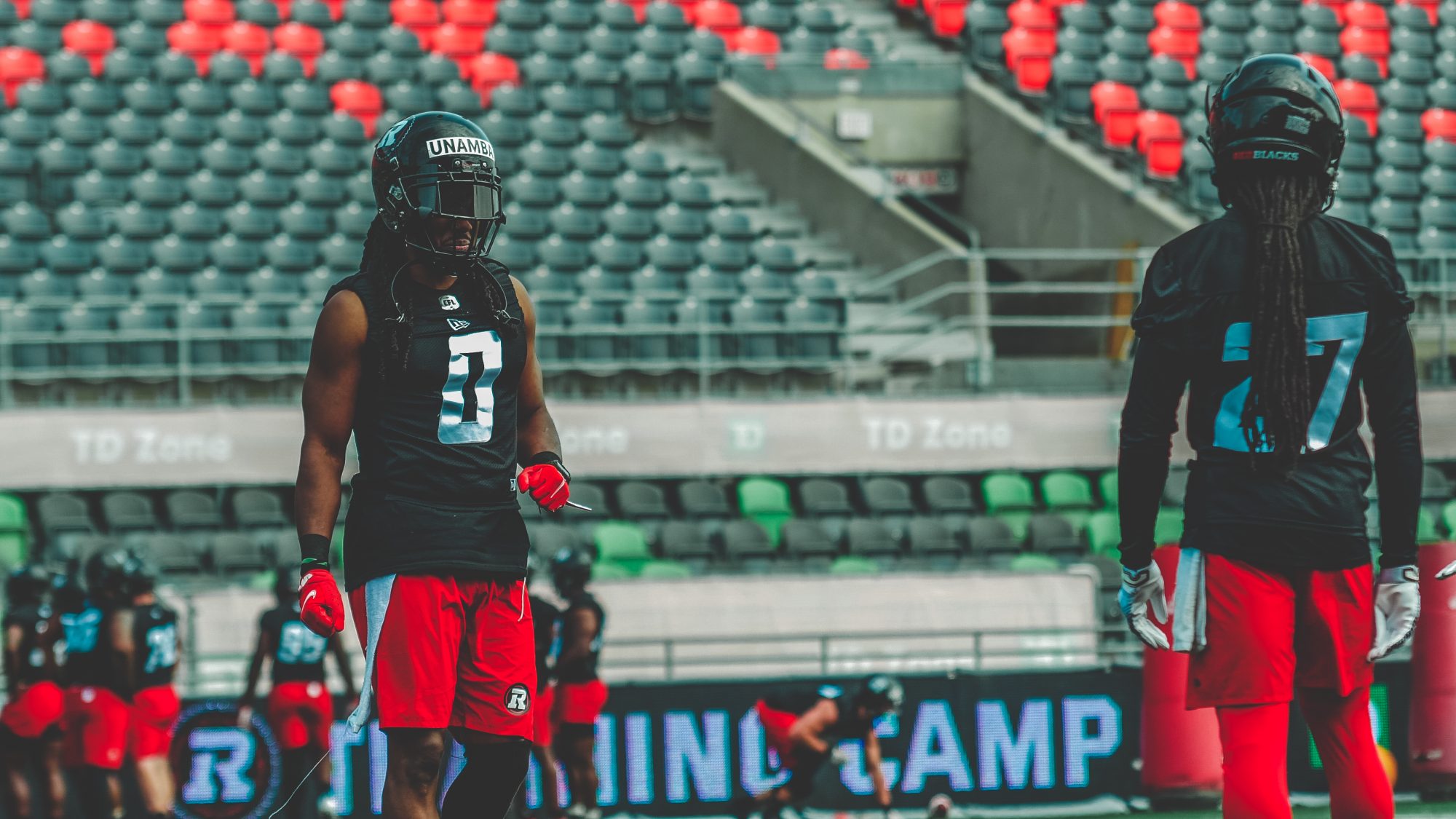 Same guy, new number: you can be forgiven if it took you an extra minute to find receiver Nate Behar on the field early in camp. The former Carleton Ravens star has traded in his former number 19 jersey and is now sporting the more traditional receiver 80.

Football weather: the really nasty rain held off during Tuesday’s practice but the players still had a chance to get some rain reps in thanks to a light but steady drizzle that came down during the first hour.

Drop and give me 20: bad penalties can change the course of a game and the REDBLACKS coaches are working hard to drive that point home early. Jumping offside results in the entire team and coaches hitting the deck. “We do pushups to make sure we keep our focus,” said Coach Paul LaPolice.

An extra-special first week: count returning REDBLACKS receiver Marco Dubois among those players who may have had to fight a way a tear or two when the first training camp since 2019 finally started. “It’s really special, I’ve been working for this for a whole year and a half,” said the 27-year-old native of LaSalle, QC. “I really like football so I was really emotional to get back on this field.”

To be clear: the sticks being used in practice by the offensive line are to work on proper posture in their stances, not for any kind of upcoming martial arts demonstration. Speaking of the O-line, Coach Bob Wylie was at his Hard Knocks best on Wednesday, his familiar and booming “set hut!” easy to hear from across the field.

Hello, Mr Pickett: great to see offensive lineman Andrew Pickett back in full gear this camp. The mild-mannered and very polite Pickett — which earned him the Mr. Pickett moniker from his teammates — was kept out of action in 2018 and 2019 due to injury.

Drink, wash, repeat: Kudos to the athletic therapists for adding another wrinkle to an already very busy job. Every time a player drinks from a water bottle, the bottle gets sanitized to comply with health and safety protocols. It’s summer and football players drink a lot of water, so hats off the crew for keeping guys hydrated and healthy.

Catching up
As always, REDBLACKS beat writers Tim Baines (Postmedia) and Martin Comtois (Le Droit) were out covering practice, so be sure to check out their latest from TD Place.