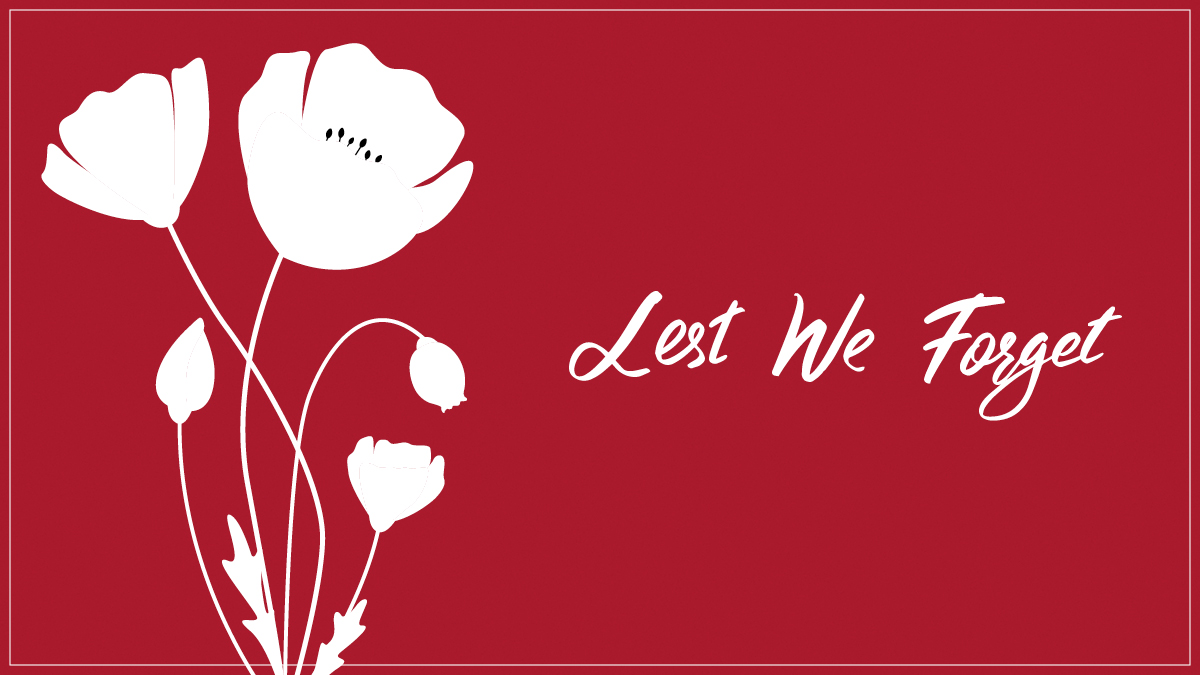 Every year, Remembrance Day is a very special moment for all Canadians. It is a unique opportunity to remember all those who sacrificed their lives and continue to do so to give us the rights and freedoms we enjoy today.

Like thousands of Canadians, on November 11th REDBLACKS’ Brendan Gillanders has a special thought for someone very dear to him, his father, Steve Gillanders. Brendan’s father is a veteran of the Royal Canadian Navy where he spent 20 years of his life across the country.

Brendan’s childhood was marked by several moves. “I was born on the West Coast and then we moved to Ottawa, Halifax, and then back to Ottawa, so I had a typical military childhood,” says Gillanders. He expressed feeling lucky to have had the opportunity to get to know all these beautiful places.

Known for his fighting spirit on the field and his physical prowess in the weight room, Gillanders has always had an enormous respect and admiration for the traditions surrounding Remembrance Day. “When you grow up in this community you realize very quickly how difficult military life can be for some individuals, families and kids,” says Gillanders.

In addition, the former University of Ottawa Gee-Gees wants people to realize how being in the military is not just about going to war. “Even in times of peace, they’re overseas doing countless things in order to help out other countries and preserving democracy,” Brendan says.

When Brendan looks back on the history of the First and Second World Wars, as well as all the other conflicts Canada has been involved in, the 29-year-old says he believes that we should commemorate the people who made the sacrifice of representing our nation more often and not only on November 11th. “Taking one minute a year to respect everything that they’ve done is, in my opinion, not enough. I really just have an outsider’s look and I have an appreciation through my own father, but I honestly think that we can’t thank them enough and we don’t really understand the sacrifices they’ve made,” explains Gillanders.

“My hat is off to anyone who ever served, currently serving, and anybody who serves in the future. They have my ultimate respect. Thank you ! ”