Whether you’ve been on-field, in-stadium, or watched from home, the Grey Cup unites us all through our love of football – and has for over a century.
This year we may not have a game, but we will celebrate. We’re throwing a (virtual) party like none other: Grey Cup Unite. This week-long virtual celebration will take place from November 16-22 with events taking place across the League and you’re officially invited! 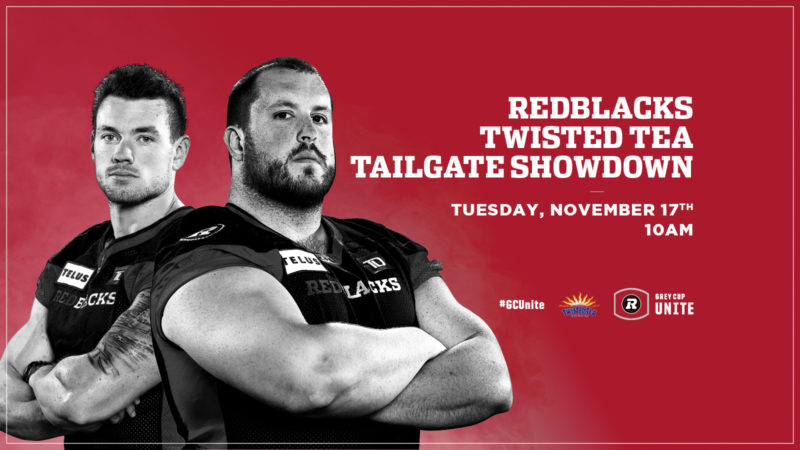 They’ve gone into battle on the field and shed blood, sweat and tears working towards a common goal. Until now.
REDBLACKS Offensive Lineman, Alex Mateas, and Running Back, Brendan Gillanders, are now facing off against each other, not in a battle of strength or size, but a battle of cuisine. Join us for this culinary competition in the REDBLACKS Twisted Tea Tailgate Showdown. 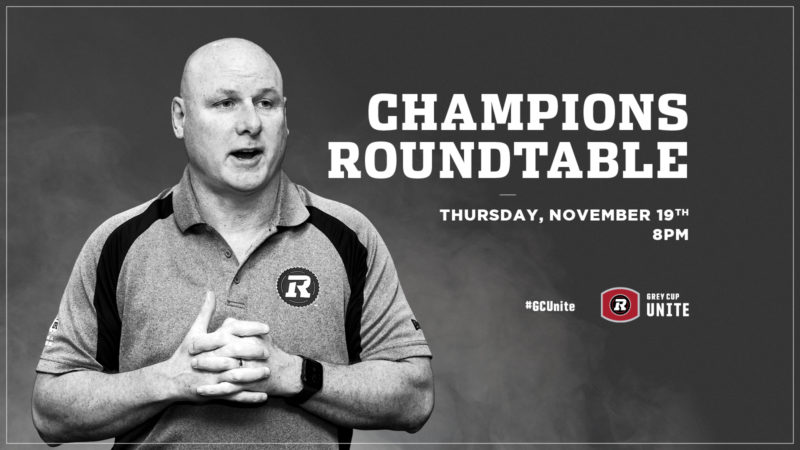 Get decked out in Grey Cup Unite gear to virtually attend all your favourite team events. Pre-sale officially begins today!