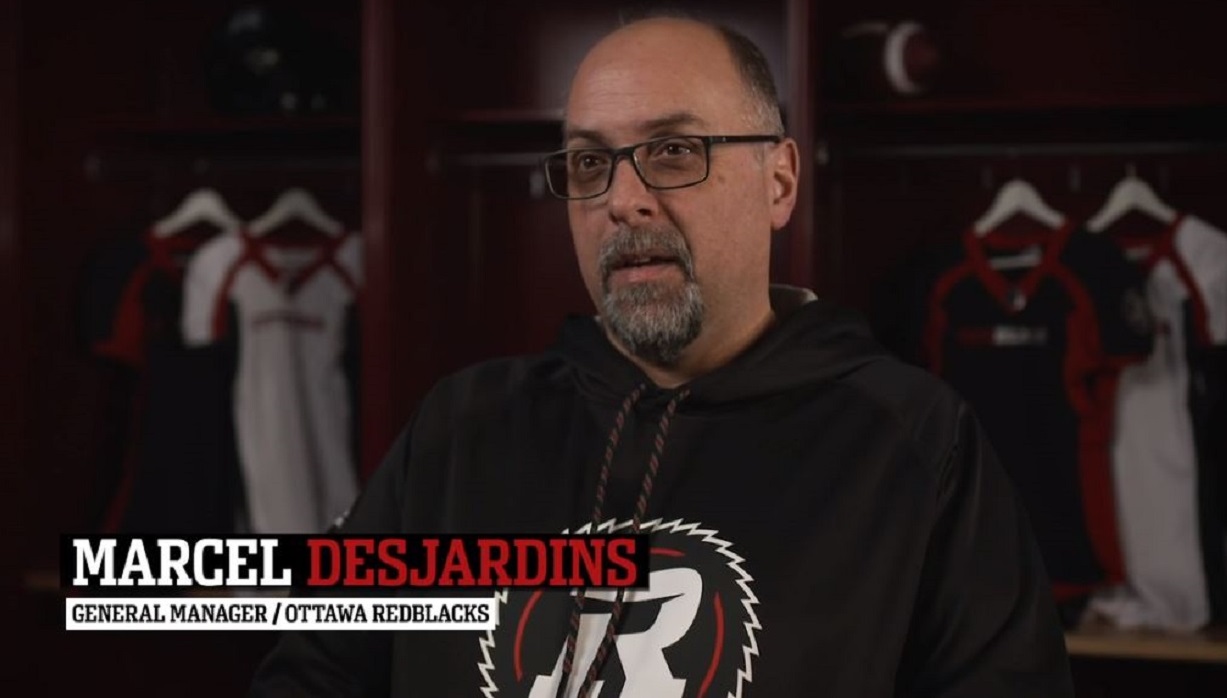 A deep dig is needed to uncover any positives in what has been tough 2020 for the Ottawa REDBLACKS and the rest of the CFL.

But there is the odd football silver lining buried in the news of season cancellations, pandemics and a steady-stream of unfortunate global news. And for Marcel Desjardins and his team, they are choosing to focus on the bits of good over the deluge of bad. Feeling sorry for themselves, the REDBLACKS General Manager points out, doesn’t help them prepare for what is hoped will be a quasi-normal 2021 season.

“Of course it’s disappointing” not to have football being played this year, Desardins says, but “we just have to look at the positives in terms of what we can do moving forward to make ourselves a better team and a better league.”

Sounds simple enough, but Desjardins and company aren’t just sitting around thinking positive thoughts. The added football-free time has given scouts and coaches more opportunity and hours they wouldn’t normally have to prepare, learn and improve.

“A lot of what we’ve been doing is watching a lot more film than we would normally have a chance to watch in a normal season,” Desjardins said. “It’s adding a lot more layers to the depth of our scouting.” 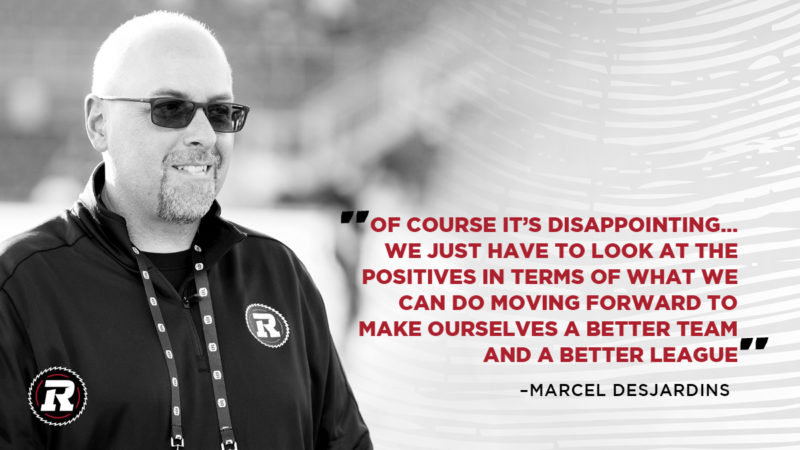 The scouting department in particular was “for lack of a better term, fortunate” in that they’ve had a steady stream of talent to evaluate, focusing first on the CFL Draft, then the Global Draft and then, once the summer rolled around, doing more work relative to the NCAA, Desjardins explains.

The coaching staff, meanwhile, has been hard at work under Paul LaPolice as they prepared for training camp, then pivoted to offer a variety of online coaching options to the players scattered throughout North America.

“Next year, at this time, hopefully we won’t have the opportunity,” says Desjardins, though it is coming in handy. 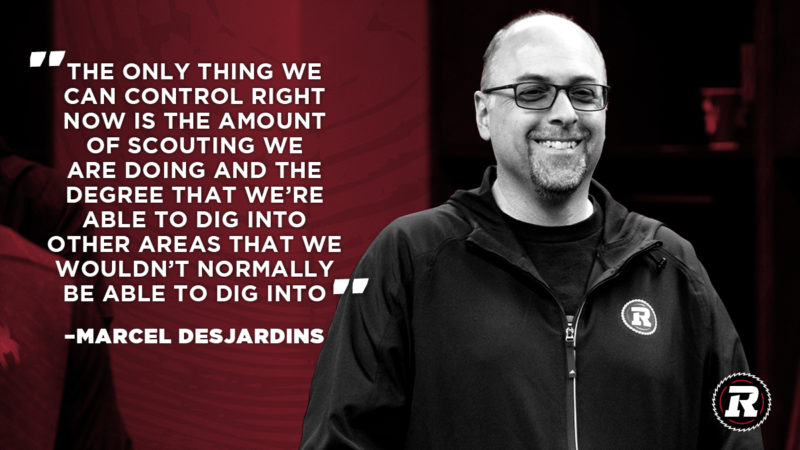 Suffice to say, it’s all about controlling what you can control and not dwelling on the rest.

“The only thing we can control right now is the amount of scouting we are doing and the degree that we’re able to dig into other areas that we wouldn’t normally be able to dig into,” says Desjardins. “Everybody’s frustrated but there’s no point in looking back. Let’s move forward and find the right solution to put the team in the best possible situation going into whatever 2021 looks like.”