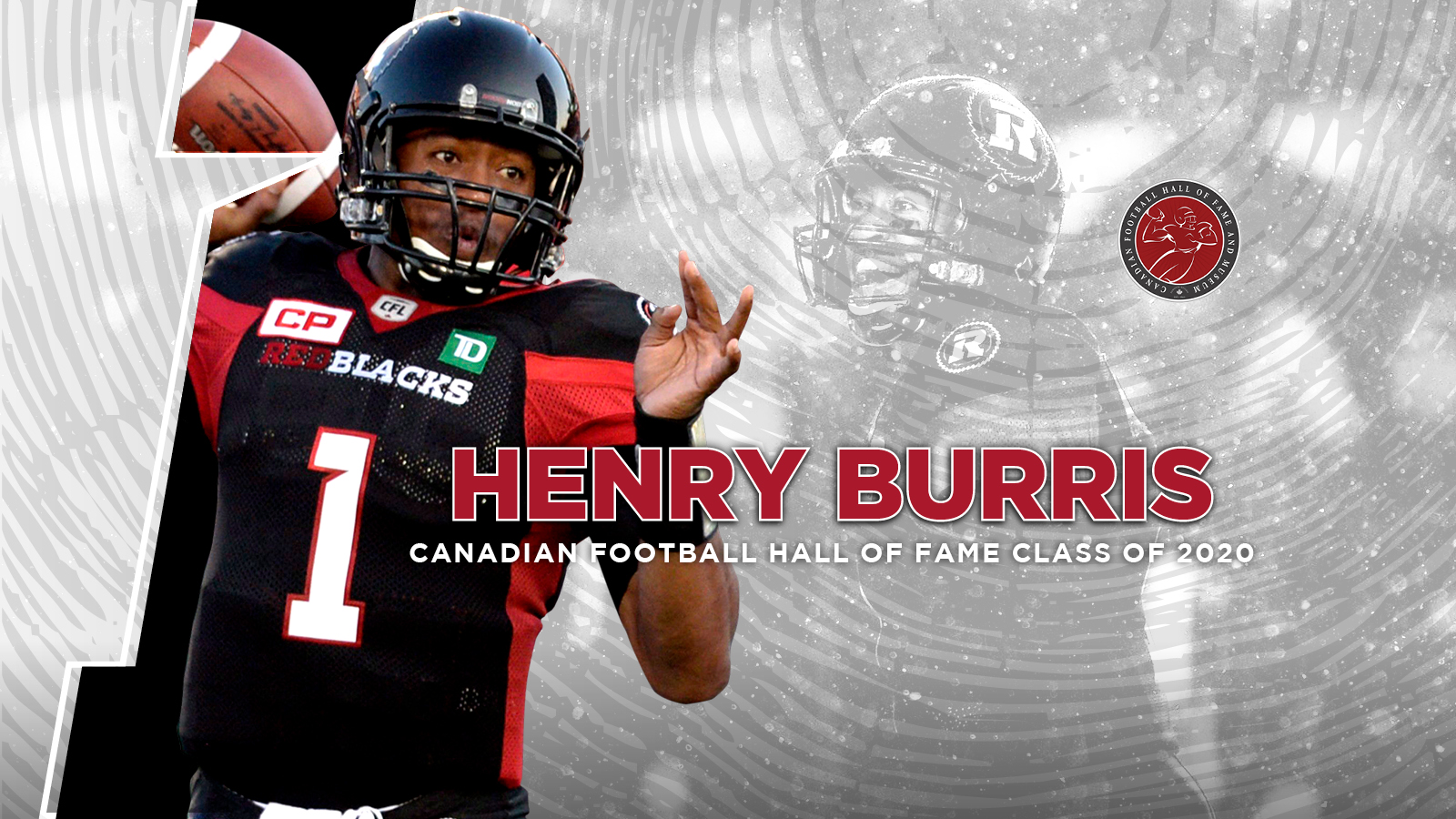 Four years after leading the Ottawa REDBLACKS to the city’s first Grey Cup Championship in four decades, Henry Burris has reached the pinnacle of CFL recognition.

On Thursday, Burris was inducted to the Canadian Football Hall of Fame, an expected and deserved honour for the quarterback known as Smilin’ Hank – he who helped Ottawa reach the Grey Cup final in two of his three years here.

“General Manager Marcel Desjardins built an expansion team around Henry and that turned into the team that brought Ottawa its first Grey Cup in 40 years,” said Mark Goudie, President and CEO of the Ottawa Sports and Entertainment Group. “We could not be any prouder to have Henry as an active part of our community and now as the first REDBLACK to be inducted into the Hall of Fame. It’s a fitting cap to a wonderful career and football legacy.”

Though 2016 would cap off an impressive career for the native of Spiro, Oklahoma, that final Grey Cup was one highlight in a career full of notable moments.

Including his three seasons in Ottawa – starting in 2014 as the quarterback of the upstart REDBLACKS – Burris played 18 CFL seasons, which included stops in Calgary, Saskatchewan and Hamilton. In all, Burris suited up for 277 regular season games and 17 playoff contests. He is a two-time CFL All-Star and was named a Division All-Star on four occasions. In 2015, he was honoured with the Tom Pate Memorial Award for outstanding sportsmanship and dedication to the league and the community. 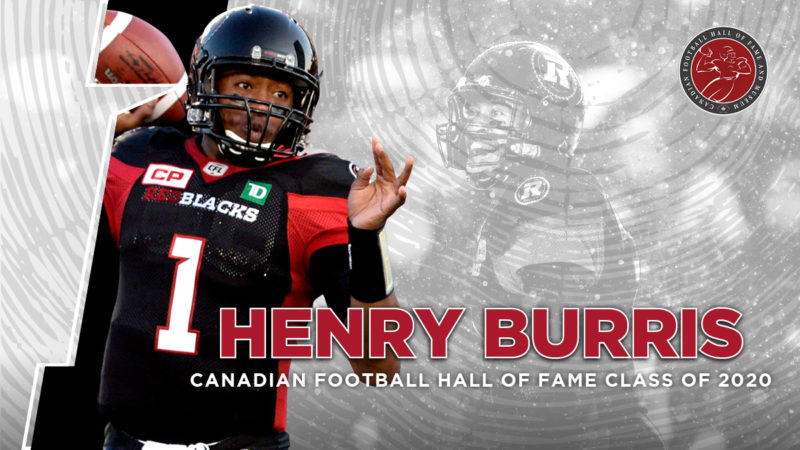 He played in five Grey Cups and emerged victorious on three occasions (1998 and 2008 with Calgary and 2016 with Ottawa), earning Grey Cup Most Valuable Player twice (2008 and 2016). He was recognized as the league’s Most Outstanding Player in 2010 and 2015. Burris retired with 63,639 passing yards to rank third in CFL history, as well as, 373 touchdown passes and a passer efficiency rating of 93.6.

In Ottawa, Burris also orchestrated the most famous football play in Ottawa since the original Miracle on Bank Street, launching a bomb to Greg Ellingson on second and 25 for the winning touchdown in the East Final. His performance in the 2016 Grey Cup on a badly injured knee will go down in the history books as one of the most impressive performances in the league’s storied history.

Burris continues to reside in Ottawa with his wife Nicole and their sons Armand and Barron.