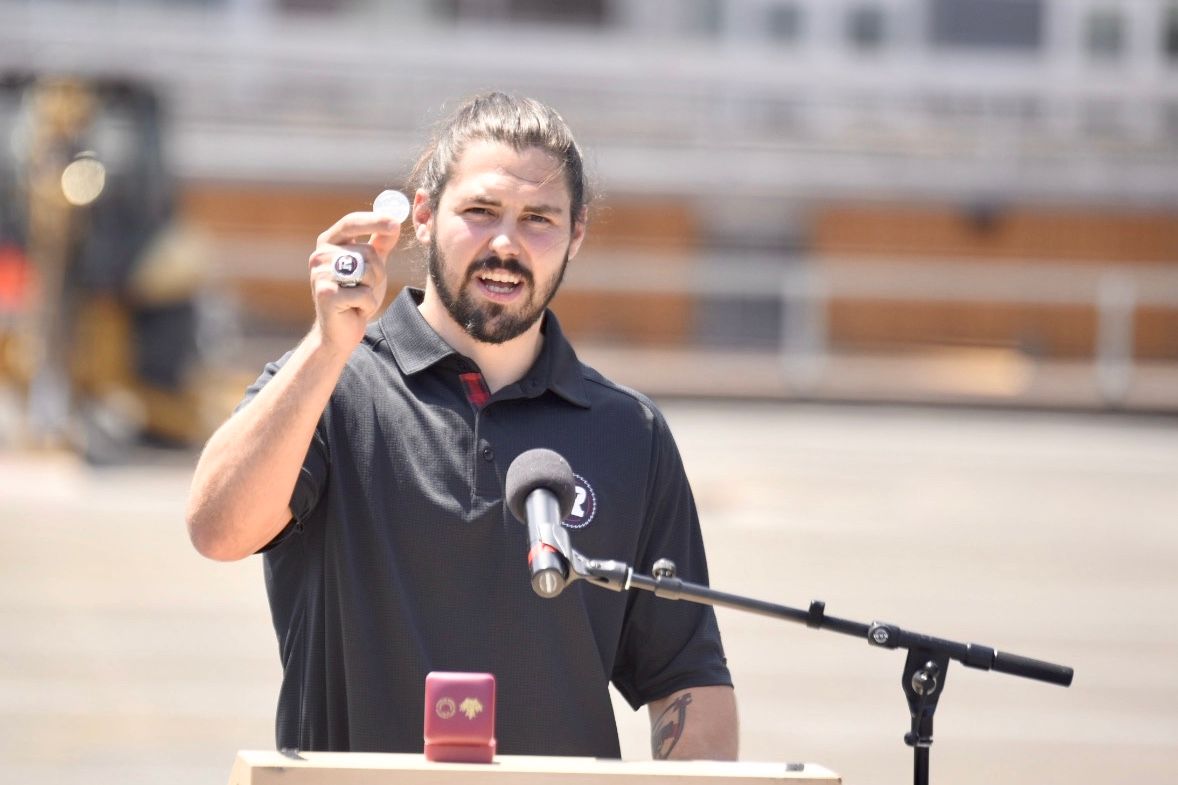 On Tuesday, July 7th at approximately 2pm EST, we laid a coin on the field at the very centre of TD Place. This was not random. This was not unscripted. This was always the plan. Since the turf was getting an upgrade and needed to come up, we thought this was the perfect opportunity to keep a tradition going. The old turf has been sent off to the recycling plant (Thank you for your service turf, you were good to us) and the new turf now waiting on the sidelines to get rolled out, we could not pass up this moment to add to our story. So here goes…

Prior to the start of the REDBLACKS’ first season in 2014, a 1976 silver dollar was embedded under the turf to give the team some karma from the year of Ottawa’s last Grey Cup victory in ’76.  It must have worked because the REDBLACKS made it to the Grey Cup in 2015, 2016 and 2018, winning in 2016.  As we install new turf on the field at TD Place, we thought it was an opportunity to enhance and amplify the karma from ’76 with another silver dollar, this one from the REDBLACKS’ 2016 Grey Cup Championship season.  We contacted the Royal Canadian Mint to inquire about a coin… and they loved the story.  So much so, that their President and CEO, Marie Lemay, joined us to present the coin. 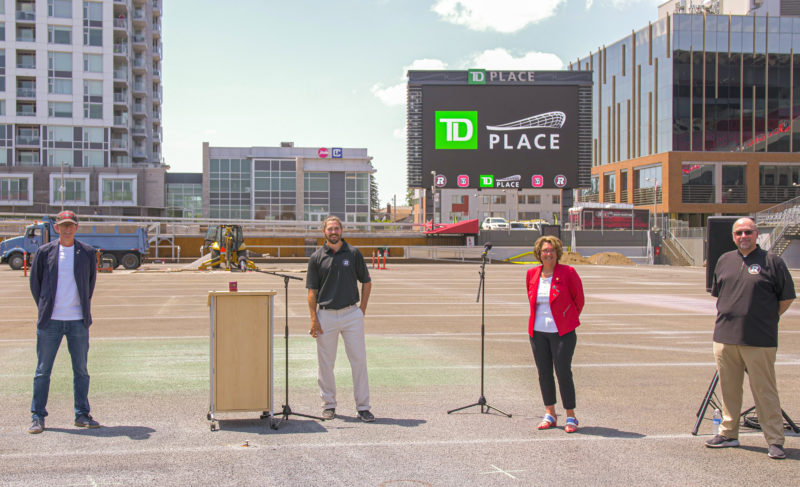 First up, Roger Greenberg, Managing Partner and Executive Chair of the Ottawa Sports and Entertainment Group, said a few words on the first coin and the karma it brought. 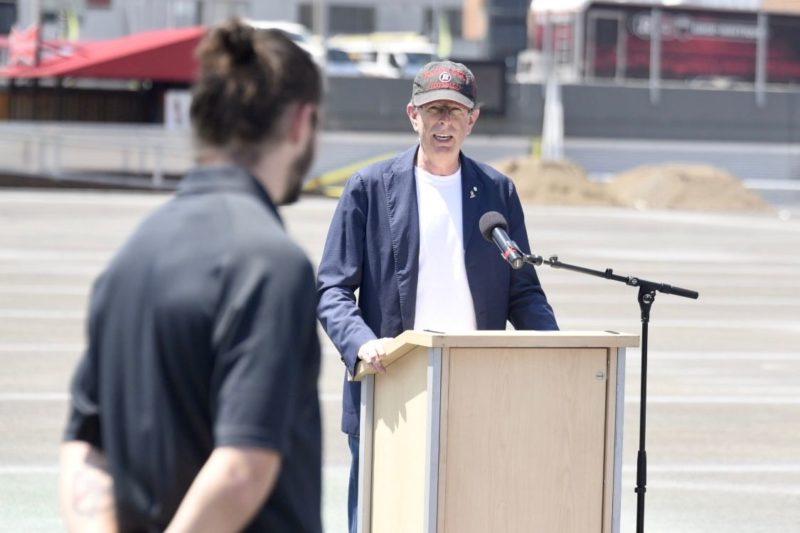 He then introduced Marie, who would unveil the new coin. She did just that. The sun hit it just right and you could hear the camera clicks trying to capture the moment. 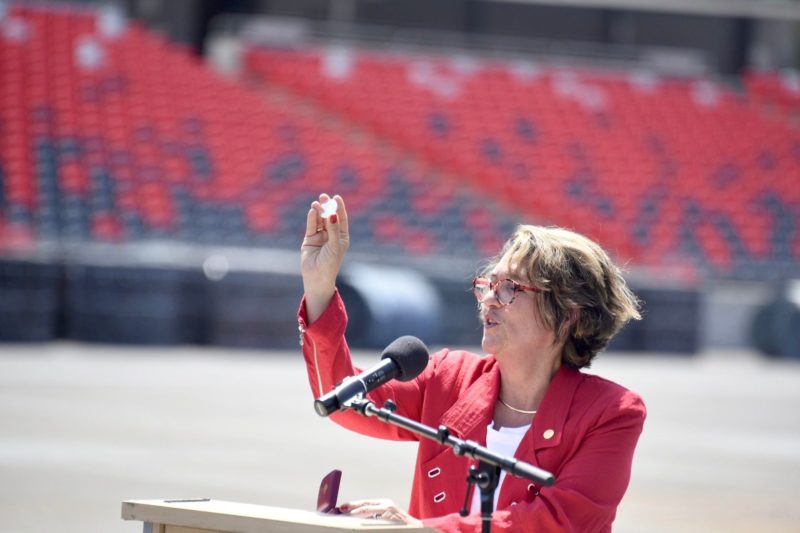 Marie said a few words, then – like play from a football team in this new era – wiped it down and handed the coin to REDBLACKS General Manager Marcel Desjardins. 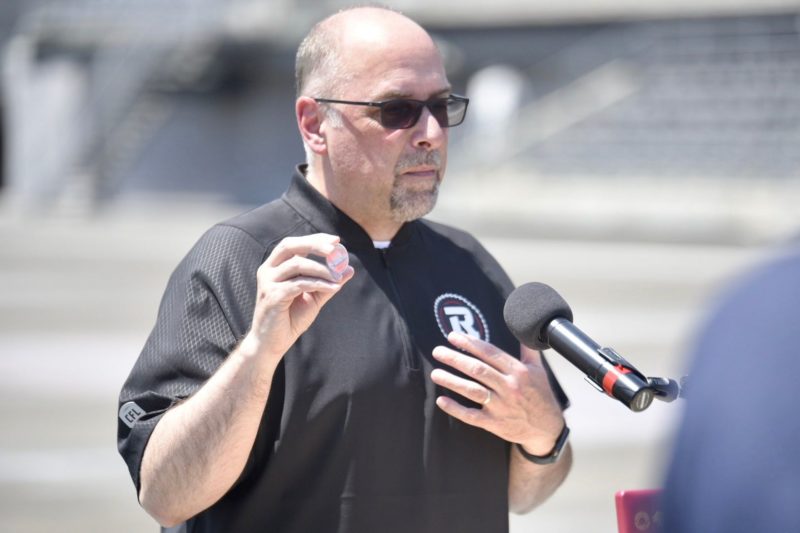 Marcel was the architect of the 2016 Grey Cup winning side. A few photos were snapped, a few words were said, and then our GM handed that coin off to one of our players. That player: Defensive back Antoine Pruneau. 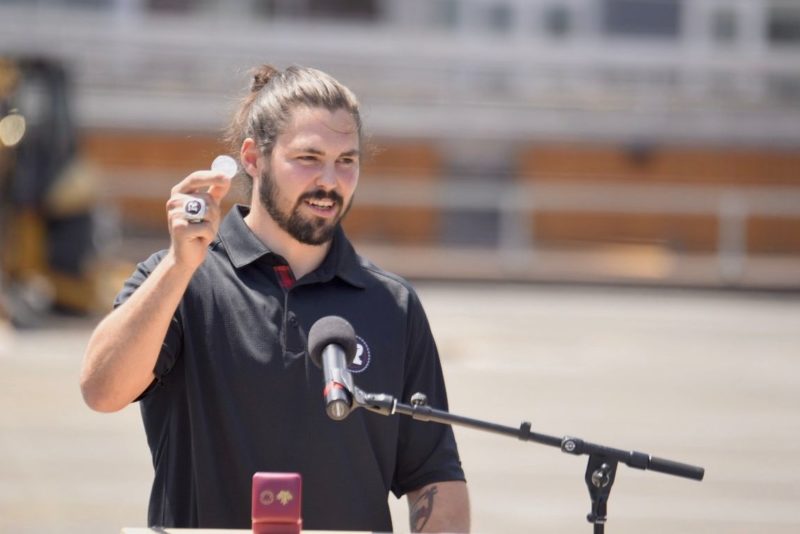 He was part of that Grey Cup winning team. He also is a part of the current squad. Pruneau is known as a player that leaves it all on the field. A perfect metaphor for what was about to happen next. The coin was placed with care on the very spike that it will rest upon, right beside the ’76 coin. 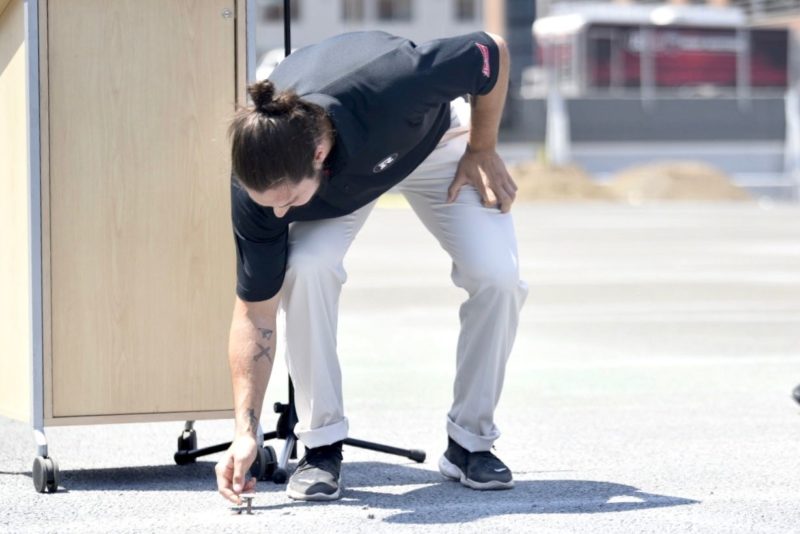