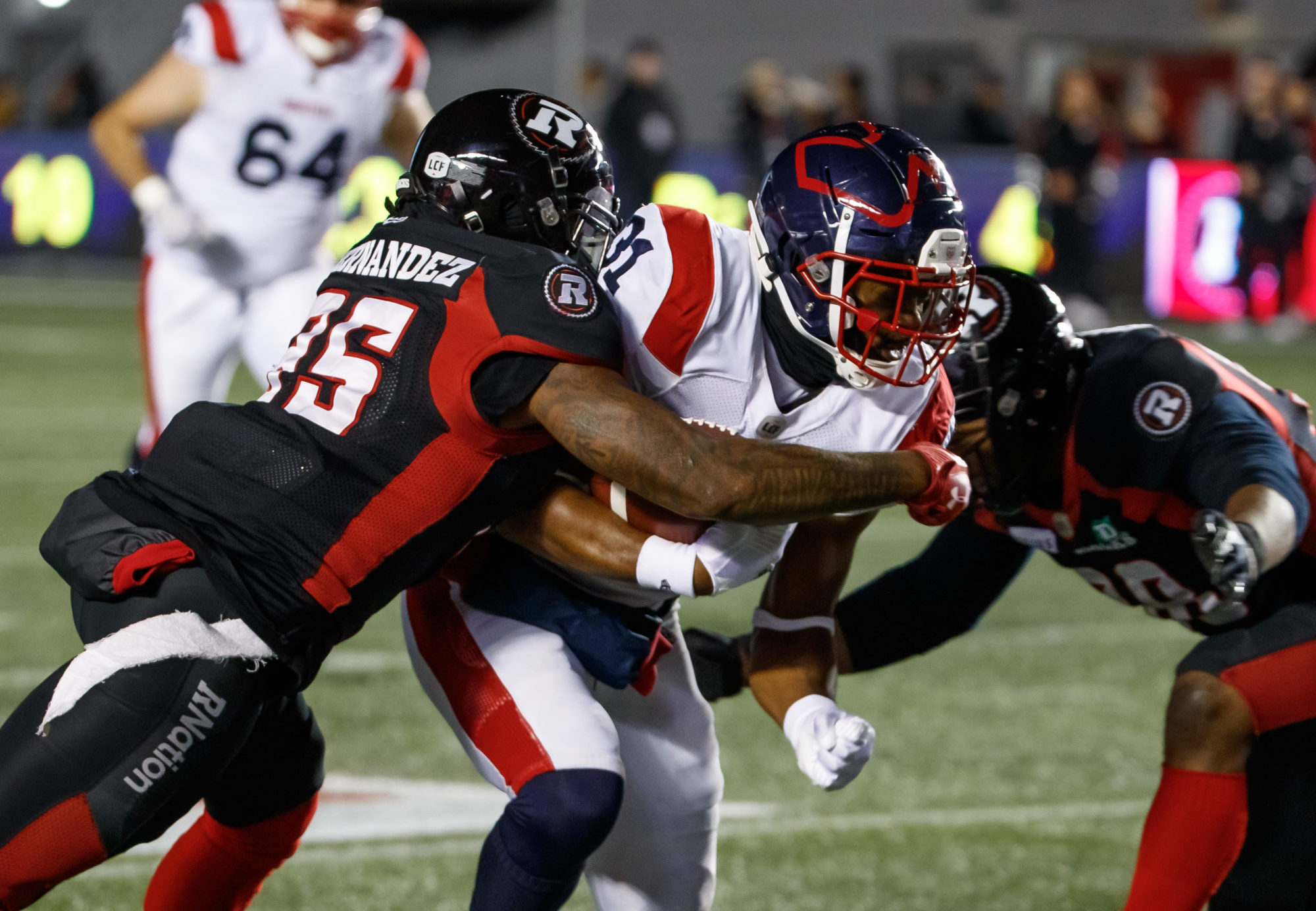 There have been times over the last few years when Jerod Fernandez could have decided to leave football behind after facing adversity. But that’s not in his nature.

“I never thought about quitting. I’m not a quitter and I know what I have to offer,” he told OttawaREDBLACKS.com. “I know what I bring to the table, and I’m not being cocky or anything, but I’m gonna ball. I’m a football player. I love football and I’m going to do whatever I’ve got to do to continue to play for as long as I can.”

After joining the Ottawa REDBLACKS midway through the 2019 season, he’s ready to make an impact and anchor the middle of the field for a Mike Benevides-led defensive unit that is looking to help the franchise bounce back in 2020. 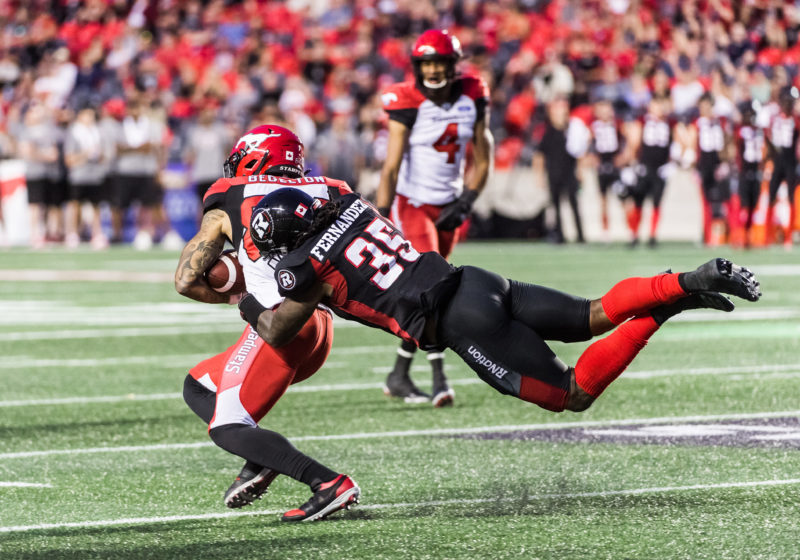 Fernandez first strapped on the pads when he was seven years old. By his own admission, his first experience wasn’t great.

“When I first got out to the field, I didn’t really like it,” he said. “I was getting hit. I remember going home to my mom like, ‘I don’t know this for me. Maybe I need to try another sport.’ Then my dad was just like, ‘Nah, we’re not gonna quit. You’re gonna finish.’ And then I just stuck with it.”

That turned out to be the right decision in the end, as he was able to garner attention from Division I programs. He landed with NC State.

After redshirting his freshman year, Fernandez started as the backup MIKE linebacker for the Wolfpack, but a season-ending injury to the starter opened the door for him. He appeared in 12 games for the team in his first year, registering a tackle in all but two of the contests.

Fernandez was able to hold down the middle of the field for NC State on a defence that also featured top NFL pick Bradley Chubb.

When it was time for him to head to the pros, he went undrafted, however, Fernandez knew he was going to have interest from teams.

He had the New York Jets, New England and Washington calling him to join their respective squads but he felt like the best fit was with the Redskins.

When he went to his first professional camp, Fernandez knew what he had to do in order to make an impression. He’d put the hours in at NC State, grinding to make his dream a reality — he even slept at the stadium some nights rather than going home. 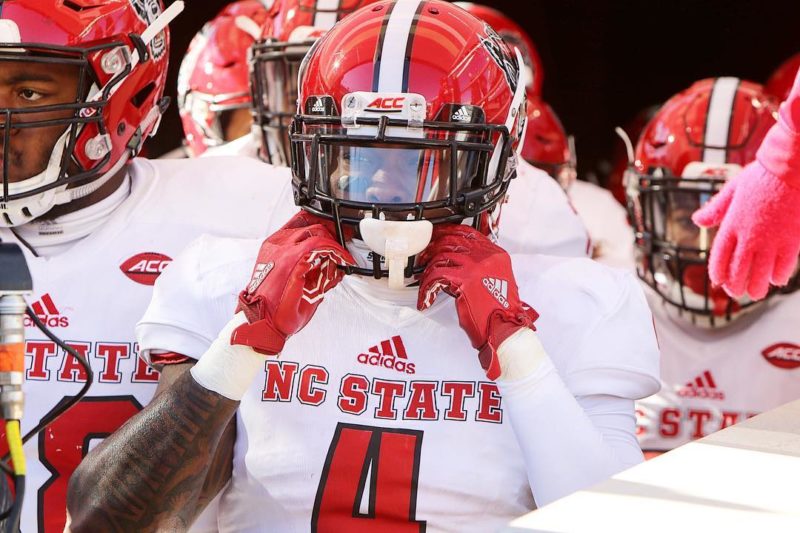 He was able to work alongside the likes of Mason Foster and Zach Brown, a pair of veterans in the league. They helped him out with the different nuances that come along with being a professional football player.

Fernandez played in all four preseason games with the Redskins but was cut by the team following their final tune-up game ahead of the regular season in 2018.

“That was really the first time I had to face some adversity,” Fernandez said. “I could see if I didn’t play to my best ability or if I was lacking, but I went out there and gave it all I had. So I really didn’t have regrets. I just knew if I kept working, someone would give me an opportunity again.”

He did receive a call a month later from the Detroit Lions, but nothing came of it. Then, the Calgary Stampeders came calling in May 2019, offering Fernandez a spot in training camp. He was ultimately a part of the final roster cuts.

After coming up short of cracking a roster again, Fernandez was back home, eyeing a job in the communications field. He had talked about an interview he had lined up in a few days when he got a phone call.

“We were having a barbecue, and I don’t usually answer numbers I don’t know. It just so happened that I picked this one up and it was Ottawa,” Fernandez said. “They asked me if I could be there the next morning and I said, ‘I can be there tonight. I’ll go and get my bags packed right now. I’m ready whenever ya’ll are ready so just let me know and I’ll be ready to go.’”

After joining Ottawa, Fernandez made a big impact in a short amount of time, finishing the season with 53 tackles and a pair of forced fumbles in 11 games — one of which was a strip of William Stanback in overtime to seal a walk-off win for the REDBLACKS.

For his efforts, he earned the REDBLACKS’ Most Outstanding Rookie honours.

Heading into 2020, Fernandez is expected to be the starting MIKE linebacker for Ottawa. He’ll be relied on by new head coach Paul LaPolice and defensive coordinator Mike Benevides to anchor the defence in the second level. 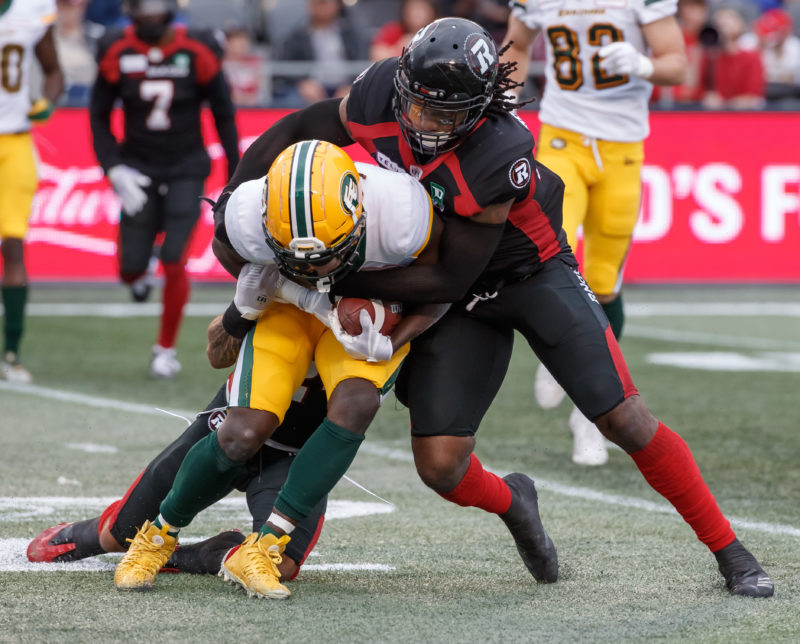 While still in college, Fernandez majored in communications and has a goal to become a pharmaceutical salesman once his football career is finished. Right now, he’s back in Tampa Bay, Florida preparing for the 2020 season.

While trying to get his work in, he also coaches kids from ages 6-12. They play a variety of sports, including football. Some of the kids also know that their coach is a professional football player. That is one of the things that pushes Fernandez to be a good example both on and off the field.

“It just takes a lot of hard work and a lot of hours outside of the ones that you have to be there,” Fernandez said. “When you have to be at the stadium from 6-to-12 or 6-to-1, that’s cool. But it’s the work that you do outside of that and the work you do for yourself. And it’s tough; it’s not easy. But you’ve got to push. If this is what you want to do, you’ve got to put your best foot forward and keep working.

“… The older ones know more about professional sports than the younger ones do. Sometimes they ask me how it is playing in the league and I tell them it’s fun and it’s a dream come true. If you want to do it, you can do it. You’ve just got to keep working.”