Thank you for joining our 104th Grey Cup Viewing Party! 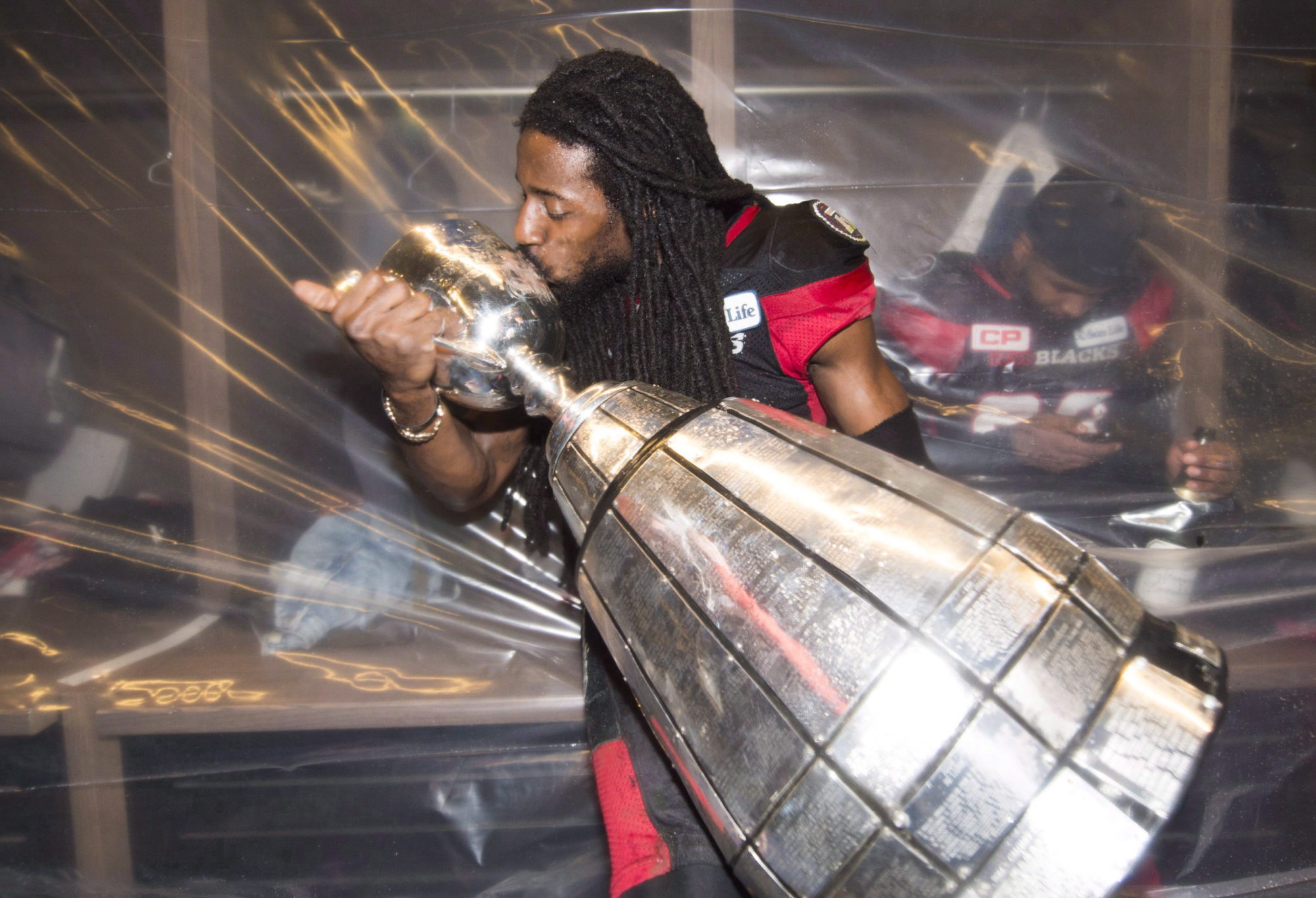 Thank you for joining our 104th Grey Cup Viewing Party!

Ottawa Redblacks defensive back Abdul Kanneh (14) kisses the Grey Cup as he celebrates his team's win over the Calgary Stampeders in overtime CFL Grey Cup football action on Sunday, November 27, 2016 in Toronto. THE CANADIAN PRESS/Nathan Denette

What a magical night this past Friday was. Our friends at TSN rewound the clock back to the biggest game in REDBLACKS history. The CFL Encore series has been a pretty cool look back at great games throughout CFL history, so we could not wait to see ours.

Even though everyone knew the outcome, the excitement was at all time high. Special shout out to our Forever RNation Season Seat Members hanging out with players from REDBLACKS past & present in the Zoom Watch Party. Big cheers go to all those who followed along on social media as well. An incredible trip down memory lane. Here are some highlights from our Grey Cup Watch Party presented by Budweiser:

A night that will live in Ottawa sports history for forever 🏆 pic.twitter.com/wJv4Js200u

"I called my Dad as soon as we got off the air… one of the most emotional phone calls I've ever had in my life."@tsnjamesduthie recounts the #REDBLACKS Grey Cup win. pic.twitter.com/XOUcPhO5WR

"When we turned the corner down Bank Street, that was one of the coolest moments of my life."

.@HenryBurris lights up like a Christmas tree when he's reunited with his former lineman. pic.twitter.com/R9ypGlADLa

Live from the sidelines @TorontoArgos for the 2016 @CFL @GreyCupFestival Go @REDBLACKS pic.twitter.com/B1WYNaixeU

Deemed by Brad Sinopoli as 'the biggest play of the game' – The tackle that saved the game, @King_dul tells us what was going on in his head when he saved the #GreyCup.

This was my family after the first touchdown at the 2016 Grey Cup game. (I’m the one filming). Cut another wood cookie after every touchdown. Wanted to post earlier but got busy. @REDBLACKS @CFL pic.twitter.com/HzAp6eVFze

My favourite memory from the @REDBLACKS win in 2016 was that it was my first season as a member of #RNation and getting to watch the joy of it all float across my Twitter feed. It made it all the more special to be a fan!https://t.co/HcYN2zuu0m

I’m a tad excited to have sports in my life tonight!!!

Getting ready for the 104th Grey Cup replay. #IWasThere Let's go @REDBLACKS. Rumor has it @HenryBurris is injured. Will he play? pic.twitter.com/w0e0sFMoe9