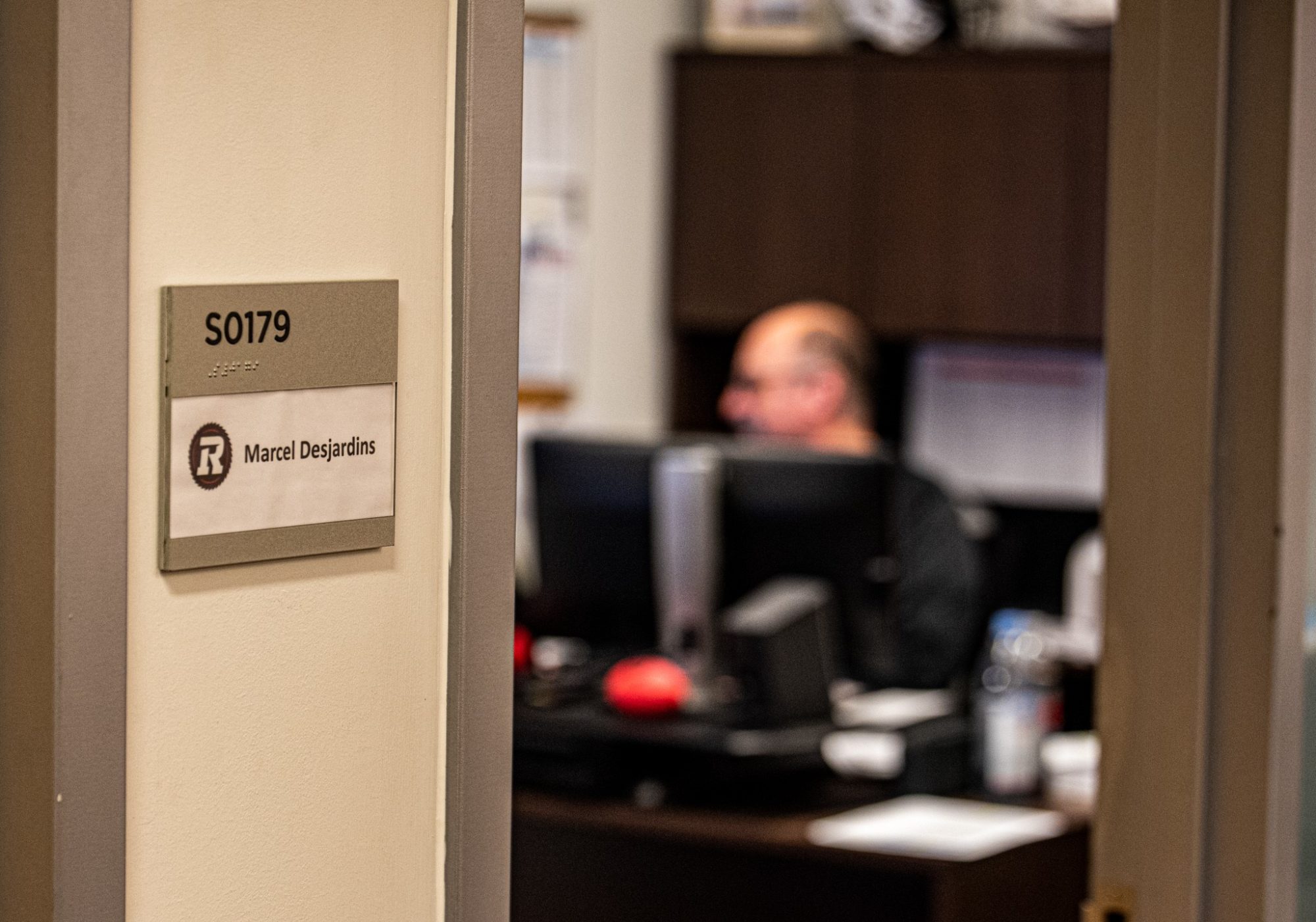 It was a strange position to be in, Ed Hervey admitted after the CFL Draft, but when it came time to make his picks he took solace in the fact that every other team in the league was in the same boat that he was.

“I think what we missed this year and that goes for all teams is that we didn’t have a combine. I think that’s the one area that COVID-19 impacted our evaluation process,” the BC Lions GM told Vancouver’s TSN 1040.

“Is this particular player six-two, or is he just listed at six-two and he comes in and he’s two inches shorter? That’s a question that came up a lot. Height, weight, speed we didn’t have verification.

Like everything else in our world, the 2020 CFL Draft wasn’t spared by the pandemic. Talent evaluators got one glimpse at a sliver of this year’s draft class at the Ontario regional combine on March 12, before the remaining two regionals and the national combine were cancelled. Of course, much of the evaluation on those players had been done before March, with scouts seeing prospects on the field over the last few seasons and evaluating off of game tape. While the loss of the combine was a big jolt to the off-season routine, teams figured out how to make it work.

Draft day looked different for teams than it has in the past — teams normally congregate at their facilities and join in a conference call with the league office and the other eight teams — but at its core it ran in a very similar manner. The home bases were spread out, but the teams were all connected to one another remotely and then to the CFL’s football operations department that was conducting the draft.

“We’ve been doing so many Zoom meetings and calls and everything has moved toward that instead of the phone,” Blue Bombers GM Kyle Walters told Winnipeg’s TSN 1290.

“We were set up on a Zoom call and doing the same thing (for the draft). When it was our turn, we’d unmute and make the pick. It really didn’t seem that much different, when especially for the last month that’s exclusively how we’ve all been meeting and talking about the draft.

“It really didn’t seem like that much of a difference. Everything went off smooth. There was a little issue at the beginning (of the league-wide call to start the draft). A couple of phone lines went down with other teams in the roll call but when the draft started everything ran very smoothly.”

With combines cancelled, REDBLACKS’ GM Marcel Desjardins was forced to find ways to work without some of the usual scouting comforts of the CFL Draft (Kevin Sousa/CFL.ca)

Ottawa REDBLACKS GM Marcel Desjardins saw the same challenges that Hervey did, with a lack of detailed measurements on prospects. It felt a little different, but he made it work.

“We did interviews via the internet but it wasn’t quite the same dynamic. All in all we feel we fared pretty well in the process. The actual draft day itself was a little different. It was just myself and one other person in the office but socially distanced and everyone else was at home,” Desjardins told Ottawa’s TSN 1200.

“The discussions were the same, the process when it wasn’t our pick and seeing how things progress through each round was the same and it was all pretty positive.”

In Hamilton, the Tiger-Cats football operations crew has come to appreciate the efficiency of teleconferencing. Drew Allemang and Shawn Burke share the general manager role for the Ticats and while there’s an irreplaceable value on the in-person aspect of evaluation, they’re both looking at taking the positives of what they’ve gleamed from almost two months of video calls.

“There were some players where we had to adapt and use an online format. We used Zoom for some of them and whether it was FaceTime or Skype, just various platforms and really it wasn’t that much different,” Allemang told Hamilton’s TSN 1150.

“If anything, we’re kind of exploring how we might add it to our process going forward. It was very convenient just being able to reach every player at various times and sometimes you can’t see everyone at a school when you’re visiting. Going forward it might be a great part of our process.”

Stuck at home evaluating talent, teams had to get creative as they sought out those accurate measurements and seeking out background info on prospects.

“The film is fantastic, that’s what we base our research on and our evaluations on,” Hervey said.

“But to miss out on the side-by-side comparison, the athlete-to-athlete comparison, that forced everyone to dig a little deeper, utilize video more, the Zoom meetings, pictures. Anything we could get our hands on from the players to validate what we believe we see. It made it more thorough but it still presented its challenges that we were able to get through and overcome because all teams had to face it.”

“The meetings we had and how we conducted the drafts were very different but the overall philosophy was the same,” he said.

“Our approach was to take the best players available and adhere to the (draft) board. As far as selecting players it was the same approach and mindset.”

O’Leary: Could Harris be the best Canadian to ever play in the CFL?