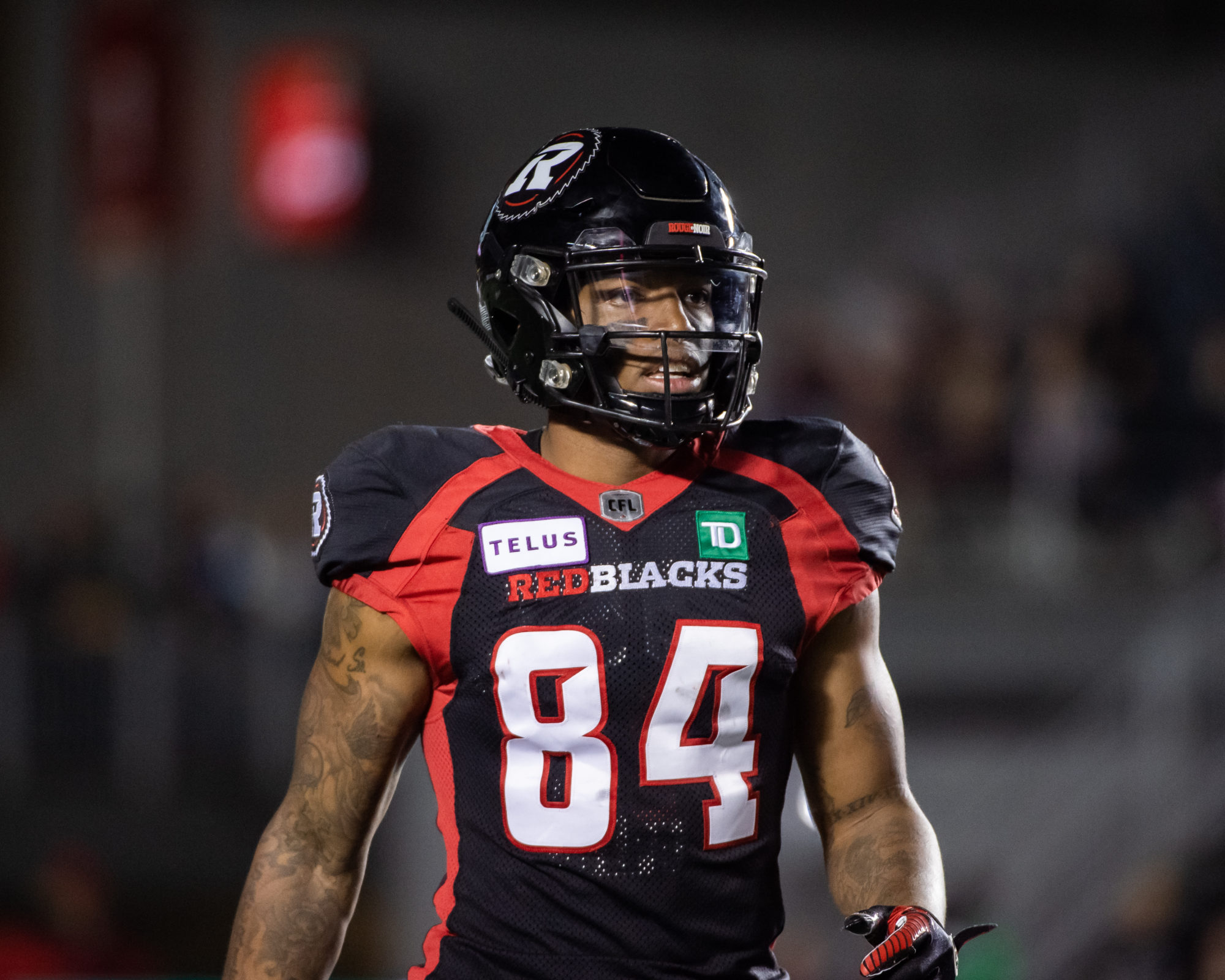 R.J. Harris is no stranger to the sometimes sudden changes that come with being a professional football player. At the beginning of his CFL career, he was on three different teams in the span of a few months. That taught him some important lessons.

“Don’t worry about proving anybody wrong. Get that out your head. Your only competition is yourself. Prove yourself right, prove that you will prove that the work that you put in,” Harris said to OttawaREDBLACKS.com. “Just keep working, know your work, and go out there and compete, keep your head low.

“Just give it your all every day, every night. Then make that your passion.”

After just a few months in Canada, Harris was unsure where his football future stood, but after finding a fit with the Ottawa REDBLACKS, 2020 looks to be a very promising campaign for the receiver. 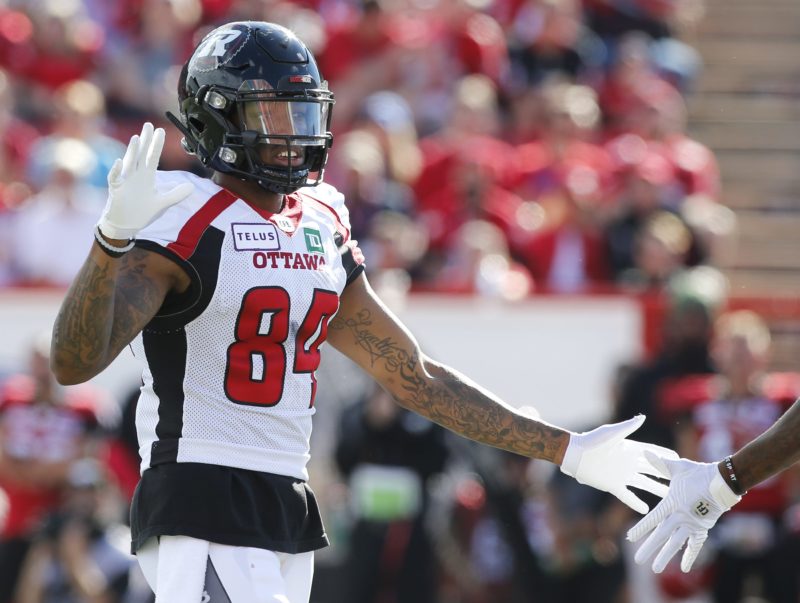 Harris was raised in a military family. Both his mother and father were stationed in Germany, where they initially met. He was born in the town of Würzburg — home of NBA legend Dirk Nowitzki. A few months after his birth, the Harris family was on the move to the United States, first landing in South Carolina before settling in Maryland. That’s been home for the past two decades.

He picked up football in grade school and quickly became a standout, eventually earning a scholarship to the University of New Hampshire to continue his playing career. After a successful NCAA stint with the Wildcats, he signed with the New Orleans Saints as an undrafted free agent. Harris was on the Saints’ practice roster during the 2015 campaign but was released that October. He was quickly scooped up by the Atlanta Falcons, but he returned to New Orleans for 2016.

His stint would once again be short, as New Orleans released him again ahead of that season.

“I was home for a couple of weeks, and that’s when I found out that my girlfriend, Tiffany, was pregnant,” Harris said. “So we were expecting our first child together and I was kind of torn between if I still wanted to wait it out and try and get back on an NFL team, or to go up to Canada and just get right back to playing and trying to get a steady income.

“That’s when I decided Canada’s the best option for me.”

Harris initially signed on with the Toronto Argonauts in 2017. He said that his first few months north of the border were a carousel ride.

The Double Blue cut him in their mini-camp, he went to BC and was let go by the Lions before landing in Winnipeg. He was on the Bombers’ practice roster to start the year but was released just a few weeks in.

“It was demoralizing. I almost hung the cleats up. I was really ready to simply say ‘This is it for me. I’m ready to just get back home to start my career, to start working better for my family.’ I was just so hurt every time I’d go out to a team. I’d give it my all, I’d think ‘All right this is going to be my opportunity and I just got released.’ It was hard on me.

“I was talking to Tiffany and (she) said ‘Don’t give up yet, this is all happening for a reason. You’ve been cut by a couple of NFL teams now, you’ve been in Canada for just a few months and you’ve already played for three different teams. Something good is gonna come with this.’”

REDBLACKS general manager Marcel Desjardins came calling and Harris signed a deal with Ottawa on July 11. He spent the rest of that season on the practice squad. However, there was a bit of a snag in the process. When Harris’ daughter, Malani, was born he had to travel back home. When he attempted to re-enter Canada there was an issue at customs and he wasn’t able to join the team for the rest of the year.

“Once I got everything cleared up, they wanted to have me back,” Harris said. “They weren’t going to bail on me because of something that was out of my control, and they gave me their word. Marcel stuck to his word and I’m truly grateful for it to this day.” 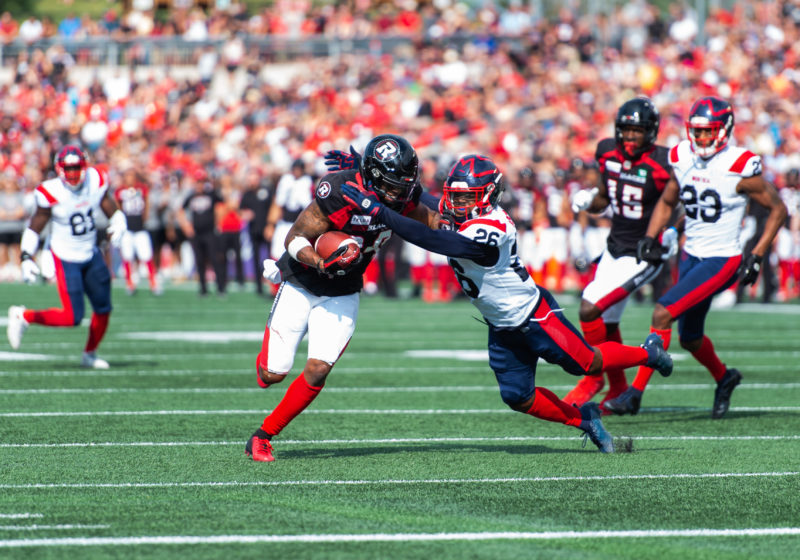 Harris used 2018 as a coming-out party in the CFL. He appeared in 16 games for the REDBLACKS, hauling in 49 passes for 697 yards and a pair of touchdowns.

He followed up that campaign with better numbers in 2019, posting 774 yards and two majors on 62 catches.