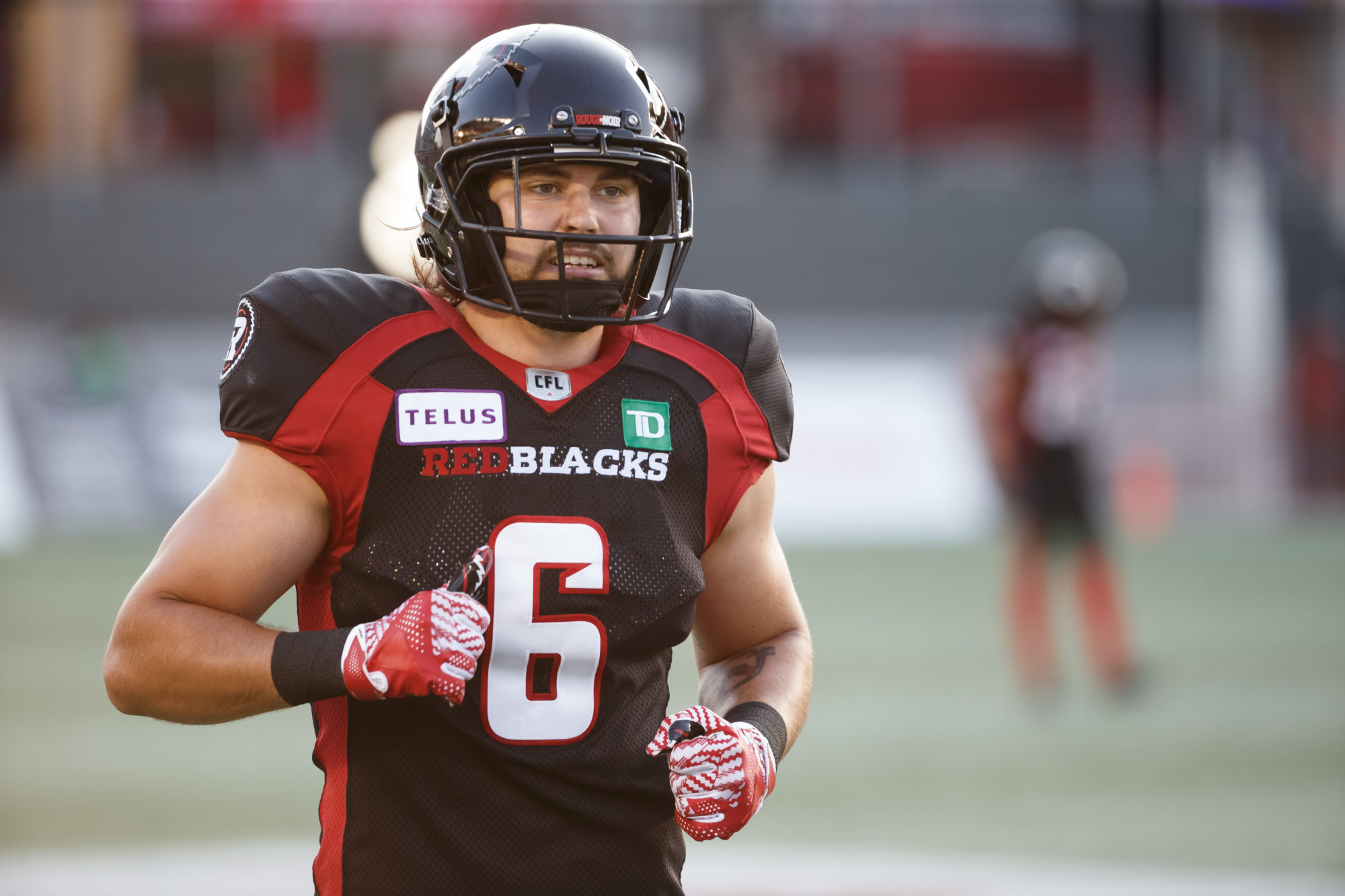 Antoine Pruneau has been a huge piece of the Ottawa REDBLACKS since Day 1, both off and on the field. This month, we’ll look at what his presence has meant to the team and the city in this three-part series, beginning with a look at Pruneau’s accomplishments on the field. Stay tuned for Pruneau: The Leader and Pruneau: The Francophone.

Antoine Pruneau is running late for this interview, something he apologizes for profusely when he arrives.

Turns out the veteran REDBLACKS defensive back had run into new Head Coach Paul LaPolice on his way from the gym to the restaurant and, well, duty calls.

“I’m so fired up for this year, every conversation I have with someone makes me more excited,” says the Montrealer and original REDBLACK, drafted ahead of the club’s inaugural season in 2014. “Marcel has done such a good job bringing in people, starting with LaPo. I mean, getting Nick Arbuckle? That’s huge. We’re all just ready to get this going.”

And thanks to a broken hand and leg suffered at different points last season that limited him to a career-low nine games in a difficult 2019 campaign for his club, Pruneau is in great off-season shape.

“Obviously it sucked not being able to play, but now that I’m healthy, I feel so good,” he says between bites of a chicken caesar. “Honestly, I’ve never felt this good at this time of year in my career, I don’t think. I feel like I could play 10 more years.” 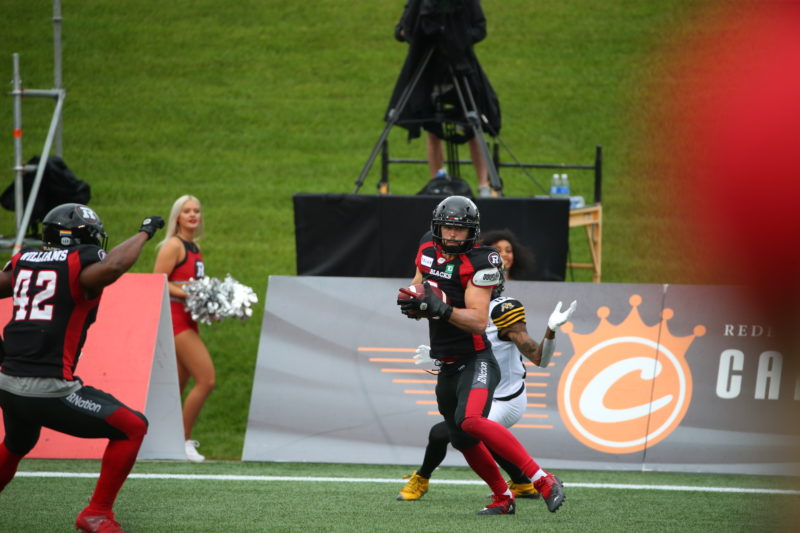 Talking to the 30-year-old, it’s hard to doubt his words, even if the playing style with which he has made a name for himself might make playing until he’s 40 a legendary feat. But Pruneau’s toughness is also something of a legend around TD Place, where RNation has witnessed him time and time again shake himself off after a crushing collision only to line up up and deliver another big play.

“I don’t know how to do it any other way,” says the former Montreal Carabins standout. “You can’t be out there worrying about getting hurt, because that’s when you will get hurt. It’s a physical sport, you’re going to have injuries. It’s about how you to work through that.”

The fact that a healthy Pruneau feels this good should be a scary thought for opposing teams. Not only are he and his teammates hungrier than ever heading into the 2020 season, but Pruneau is going to find himself in the middle of an Ottawa defence that is possibly more dangerous than ever.

In front of Pruneau at free safety is a linebacking corps made up the returning Jerrod Fernandez, Avery Williams and Kevin Brown and bolstered by the addition of veteran Don Unamba. In front of them, free agent signing Cleyon Laing will help anchor a defensive line that also includes Danny Mason, Avery Ellis, Mike Wakefield and Ettore Lattanzio. Defensive back and Ottawa Grey Cup hero Abdul Kanneh is back in town, while Randall Evans, Sherrod Baltimore and De’Chavon Hayes are all in the mix. ‘ 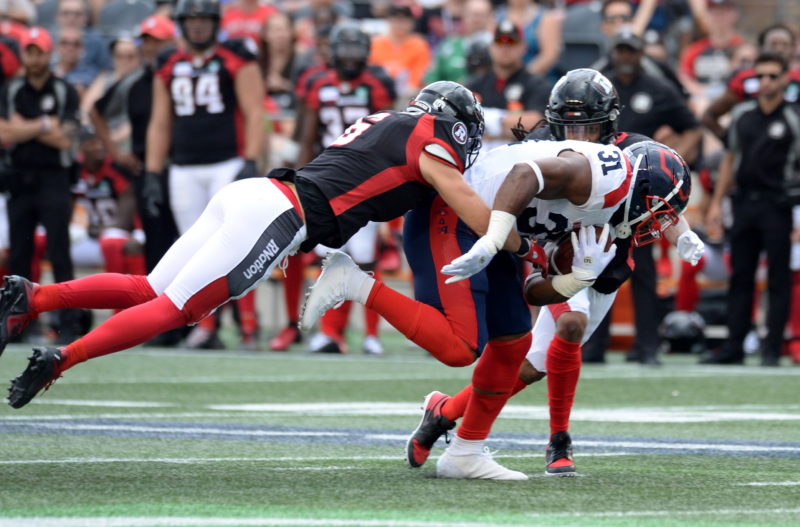 That kind of group, with Pruneau in the thick of it, has incoming Defensive Coordinator Mike Benevides licking his chops. While he hasn’t coached Pruneau yet, Benevides has a good idea of what he’s getting.

“He’s an original REDBLACK and he’s all REDBLACK. It’s pumping through his veins,” says Benevides. “I know that since Day 1 in this league, Antoine has been a playmaker that has always risen to the occasion. He’s a champion and I look forward to starting this chapter with him in the middle of our group leading by example every day.”

Pruneau shares that enthusiasm. He may be a few years older than the baby-faced rookie who came into camp 2014, but his youthful energy and enthusiasm for the game has only grown.  Now he’s just about ready to get back out there doing what he does best. That is to say, hitting and generally making life difficult for opposing players, a skill that has helped him accumulate 321 defensive tackles, four sacks, nine interceptions and four forced fumbles in 93 career games. As a third-year player in 2016, he had four tackles and two more on special teams as the REDBLACKS won the Grey Cup for the first time in 40 years.

After winning, Pruneau famously brought the Cup here there and everywhere, including a Montreal karaoke bar.

“You just want everyone to get a piece of it,” he says of it. “So people helped me get to that point so you just want to celebrate with everyone you can.”

Fast forward a few years — and another Grey Cup appearance — and Pruneau is ready to get back to that glory and put a tough year behind him. In addition to being healthy and rested, he’s also set to become a first-time dad in March with is partner Laurence. The couple is expecting a son. 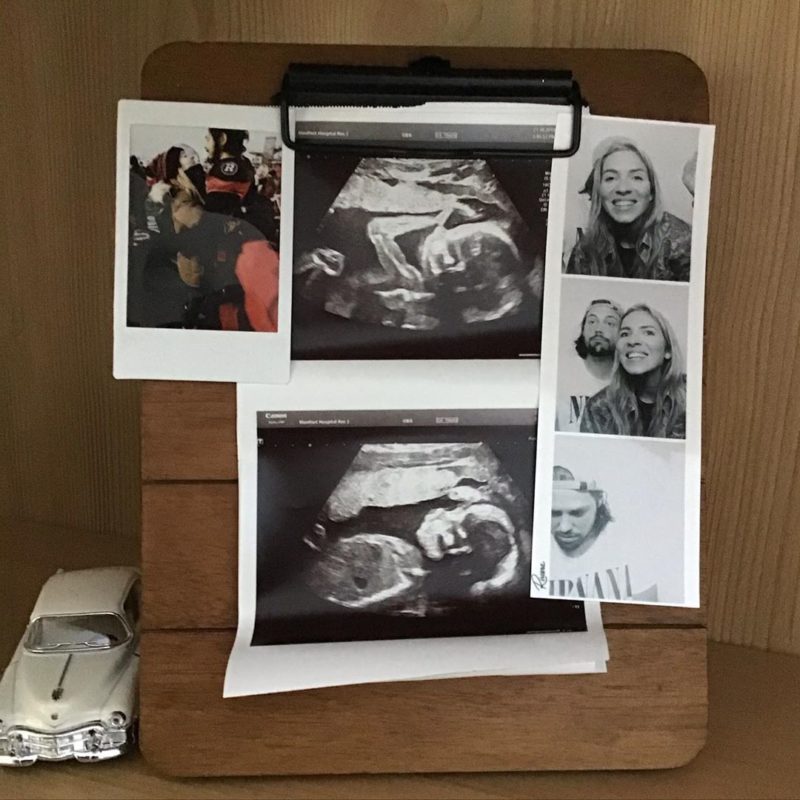 “Football is one thing, but I’m nervous and for sure excited about it,” he says of adding the tittle of “papa” to his list of life accomplishments. “A lot of guys on the team have had kids or are expecting, so we can all help each other out.”

With his life changing at home, his role on the field will be more of what everyone has come to expect of the man his teammates call “Pru”. That is, relentless physical play, leadership and mentorship to young players, especially other Francophones. `