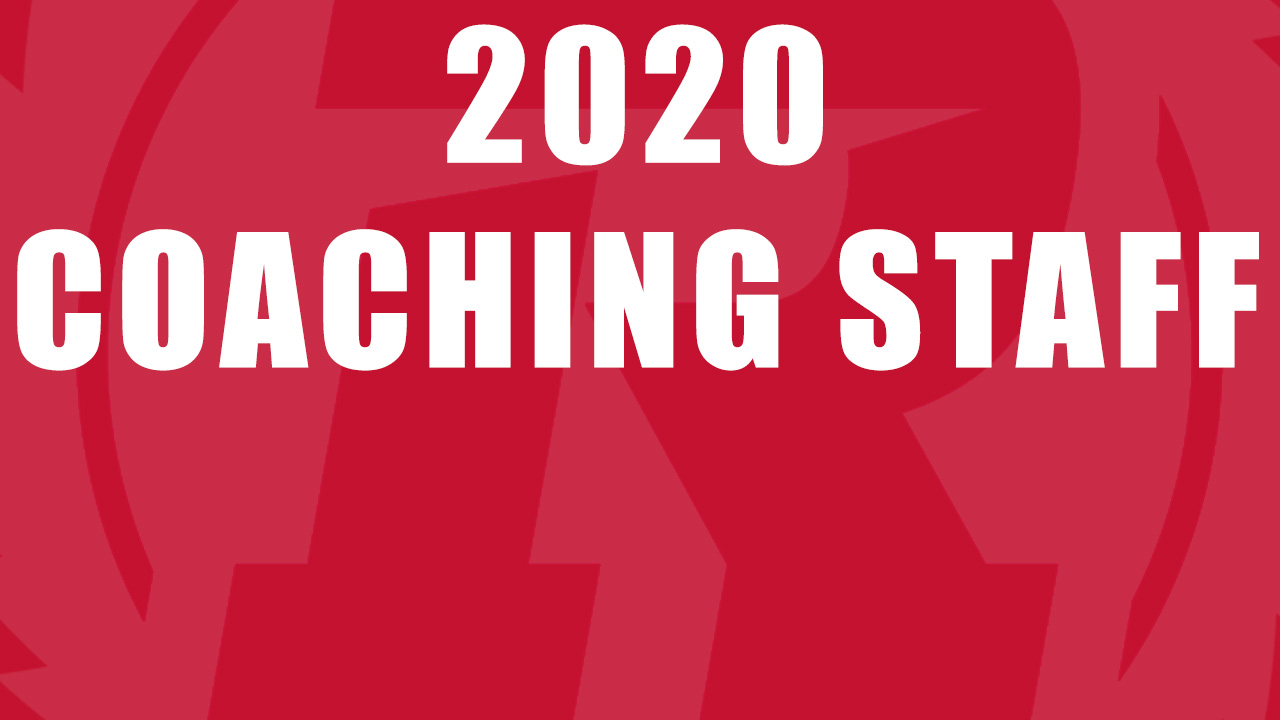 The Ottawa REDBLACKS have rounded out their coaching staff ahead of the 2020 season with the addition of three new faces, the club announced Monday.

“We are excited about our coaching staff,” said Head Coach Paul LaPolice.  “This is a group of great teachers who will work well with their players. Five of the assistants have been head coaches before and will bring a wealth of experience to our organization.”

Bailey made his Canadian football debut in 2019 with the Toronto Argonauts as a defensive line coach. While coaching in the NCAA, Bailey spent time in the off-season as an intern dealing with linebackers with both the Atlanta Falcons and the New York Giants. The former Head Coach at Howard University, Bailey has coached the defensive line at Richmond, Tennessee-Chattanooga, Lamar, Minnesota, Oklahoma State, Middle Tennessee State, Louisville-Lafayette and VMI.

Tormey spent the last 4 seasons in the CFL and worked with the Montreal Alouettes, the BC Lions and most recently with the Saskatchewan Roughriders. In 1980 Tormey moved to the collegiate ranks, spending two seasons at Washington as an assistant coach. He went on to coach the defensive line at Idaho for the 1982-83 seasons before returning to Washington where he remained for eleven seasons.

Bourgon returns to the REDBLACKS coaching staff after previously serving as Defensive Assistant and Offensive Assistant for the club. In January of 2016, Bourgon was coaching overseas for the Villepinte Diables Rouges near Paris, France where he served as the team’s defensive coordinator and DB coach. Prior to coaching in France, he was a member of the REDBLACKS’ football operations staff from 2013 to 2015. 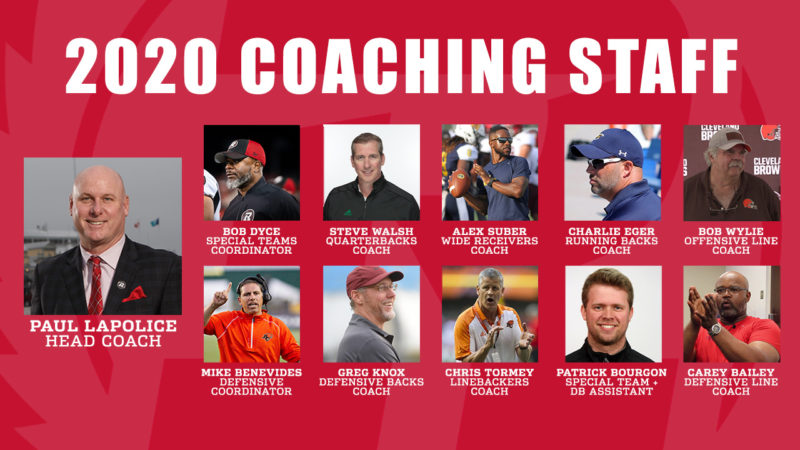 Paul LaPolice – Head Coach
LaPolice, who signed a three-year deal with the REDBLACKS in December 2019, comes to Ottawa from the Winnipeg Blue Bombers, where he most recently helped lead the club to the 2019 Grey Cup championship as offensive coordinator. The New Hampshire native has coached in various roles with the Toronto Argonauts, Hamilton Tiger-Cats and Saskatchewan Roughriders, in addition to the Blue Bombers, where he also served as Head Coach from 2010-2012. Between 2013 and 2015, his love of football and his tactical knowledge of the game even brought him to become a full-time analyst for the CFL on TSN, hosting a segment called the “Coach’s Playbook” and appearing occasionally on the TSN panel.

Bob Dyce – Special Teams Coordinator
Bob Dyce joined the REDBLACKS as special teams coordinator in 2016 and returns to Ottawa for a fifth season in 2020. Dyce won the 101st Grey Cup while with Saskatchewan and became a champion once again with the REDBLACKS in 2016.

Bob Wylie – Offensive Line Coach
Wylie has worked for six Division I schools, two CFL teams and eight NFL organizations. Most recently, the Rhode Island native was the O-Line coach for the Cleveland Browns in 2017-2018 after serving in the same role with the Winnipeg Blue Bombers from 2014-2016.

Steve Walsh – Quarterbacks Coach
Walsh signed with REDBLACKS in January 2020 after spending the last two seasons as the Roughriders’ quarterbacks coach. He also spent the 2017 campaign as a senior assistant with the Toronto Argonauts. Prior to his CFL journey, Walsh spent two years as the director of football at the prestigious IMG Academy.

Alex Suber – Receivers Coach
Before joining the REDBLACKS, Suber most recently coached receivers at Murray State University. Prior to that, he served as Lyon College’s Defensive Coordinator. He was also invited to the Saskatchewan Roughriders training camp in 2017 as a guest coach.

Charlie Eger – Running Backs Coach
Eger arrives in Ottawa with extensive coaching experience at the collegiate level, most recently serving as the Interim Offensive Coordinator at Clarion University. Eger has also been involved with professional teams during his career.  He was a guest coach with the Winnipeg Blue Bombers and has helped out at OTAs with the St. Louis Rams and Pittsburgh Steelers.

Greg Knox – Defensive Backs Coach
Knox arrives in Ottawa after many years of coaching at the Canadian university level, most recently serving as the Defensive Coordinator at the University of Alberta. Prior to that, Knox served as the Defensive Coordinator for the McMaster Marauders and helped them reach three Vanier Cups, including a national championship in 2011. He also spent one season as the Winnipeg Blue Bombers defensive backs coach in 2015.