What a whirlwind it’s been for the former Winnipeg Blue Bombers’ Offensive Coordinator.  Less than 3-weeks after the Bombers won the Grey Cup, Paul LaPolice flew to Ottawa to interview for the REDBLACKS vacant head coaching position, was interviewed the next day, flew back to Winnipeg, received an offer over the phone from GM Marcel Desjardins, pulled on his Hakuna Matata T-shirt, got back in the air and arrived for his news conference at TD Place to be introduced as the second head coach in REDBLACKS’ history on Monday, December 11th.

“It has been a whirlwind,” said the New Hampshire native. “it was a great Grey cup experience.  We had a week of celebration and then this process started.  I’m excited to be here.”

LaPolice, or “LaPo” as he’s known to colleagues and players, is 49-years old with 17 years CFL coaching experience under his belt with 4 different teams. He spent the 7 seasons before that coaching at the US college level, and throughout his career, his specialty has been offence.  It certainly showed in the Grey Cup against heavily favored Hamilton where the Blue Bombers used quarterbacks Zach Collaros and Chris Streveler as a two-headed monster that could not be tamed.  Through the air and on the ground, LaPo’s creative play calling kept the League’s top defense off balance as the Bombers rolled to a 33-12 victory and established LaPolice as the top coaching candidate for the REDBLACKS.

“Designing an offensive attack starts with the players you have,” said LaPolice. “So, we’ll analyze the players we have in the building, determine how we can utilize their strengths the most, then raise their knowledge of the game and help them raise their self-expectations.  As that knowledge evolves we’ll be able to do more things to frustrate defenses.  I want us to be fast and physical and we’re going to have fun.  I hope guys on other teams look at the Ottawa REDBLACKS and say ‘Wow. These guys fly around and make plays, they’re physical and we better be ready to play’.” 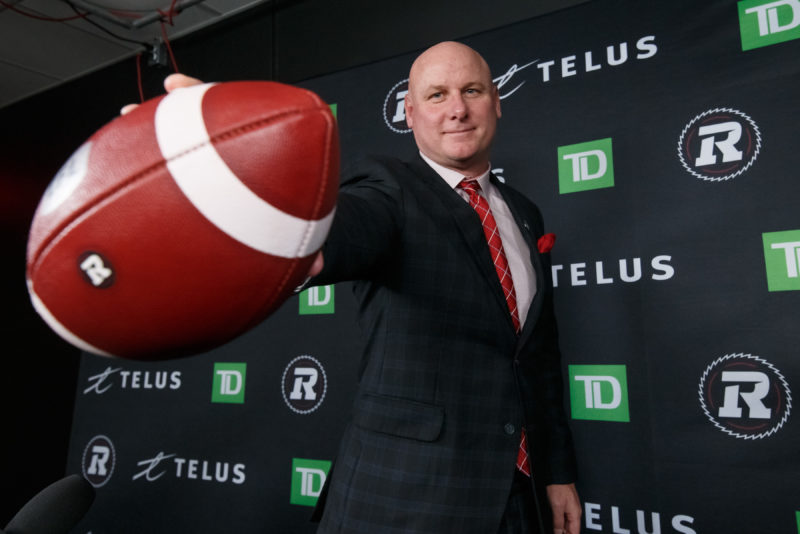 Since joining the CFL’s Toronto Argonauts as their quarterbacks and receiver’s coach in 2,000, LaPo has established himself as an out-of-the-box offensive strategist.  In 2002, when he was responsible for the Winnipeg Blue Bombers entire offensive backfield, the team set 14 club records on offense.  In 2008, as the offensive coordinator of the Saskatchewan Roughriders, his team went 12-6 in the regular season and the next year they won the West and advanced to the Grey Cup, only to lose on the last play of the game to Anthony Calvillo’s Montreal Alouettes. In 2010, LaPolice became head coach of a rebuilding Winnipeg Blue Bombers and by 2011, he got them turned around, won the division championship and earned another Grey Cup appearance.  LaPo’s teams are exciting to watch and they deliver great value to fans.

For a coach with potentially many options this off-season, it didn’t take LaPo very long to decide Ottawa was where he wanted to be. “When I got home from the interview, I really liked the situation in Ottawa,” said LaPolice.  “Being somebody who’s seen this organization from afar … the success they’ve had … it looked like a model franchise.  And then sitting down with the people here—Marcel, Mark Goudie, the ownership group—I just felt this would be an outstanding opportunity for me and my family.  In the interview process, I had a good comfort level with Marcel and his staff.  We were on the same page with how we want to build the roster, the culture we want to create and what we want to accomplish.  The top football priority is wins.  We want to win a championship.”

The REDBLACKS are expected to be active in the free agent market this February, however Marcel and LaPo cannot publicly discuss specifics until that window opens. Rest assured, they’ll zero-in on players that have the skills and mindset to compliment and elevate the compete levels of the core group of returning veterans.  And they have a few not so secret weapons to entice free agents to the REDBLACKS … the fans, the Stadium at TD Place district at Lansdowne and our beautiful city. “Coming into TD Place as a visiting team, you feel the energy.  I certainly think this is really great, young fan-base. You see a lot of young people enjoying the stadium, enjoying the night.  Coming in here it was a neat place to see because you’re driving in your busses beside the canal into the stadium district.  It’s a nice set-up with the restaurants and the bars and all the activity going on around the game.  I always looked at it from afar and thought this is really great.” 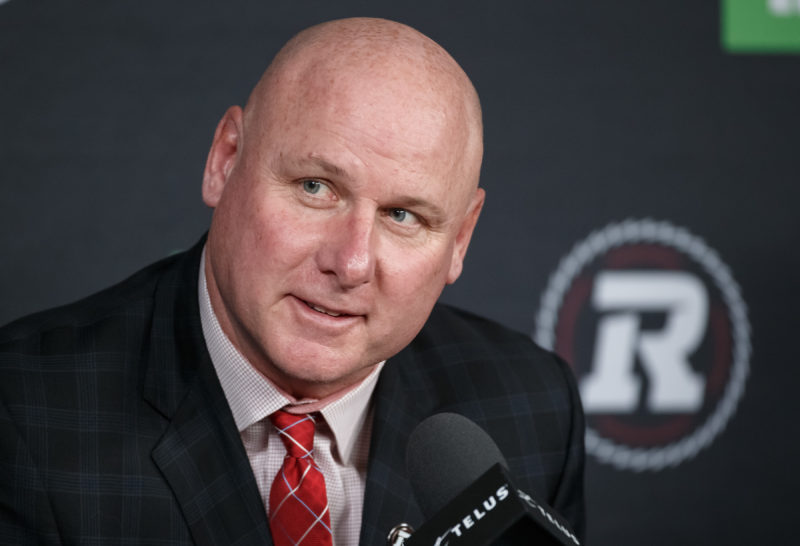 A change of address for a coach is never easy, but Paul is excited to start a new chapter in Ottawa and give his wife Tina and their three young children new experiences. “My kids are all in French immersion at school, so it will be interesting for them to experience another part of the country and they’ll be able to translate for me when we go visit Gatineau and Franco-0ntarian communities,” said LaPolice with a laugh.  “My name is LaPolice, so you know I’ve got Francophone bloodlines, but I do not speak the language.”

LaPo’s family will be joining him in Ottawa at the end of the school-year and he says they’re excited about it.  “It’s a difficult decision to uproot a 12-year-old, 9-year-old and a 6-year-old, so we’re always asking questions and I can tell you, everyone I’ve spoken to tells me what a great community this is and how much they love living here.  So, we’re all excited about it.”

Maybe that adds a little insight into the Hakuna Matata T-shirt.  He’s no longer a young wart-hog just starting out in the savannah.  Today, LaPolice is a family man and a confident, creative coach and team leader, committed to bringing us fast, physical and fun football.  As the song says,” Hakuna Matata, what a wonderful phrase. Hakuna Matata. Ain’t no passing craze” (except, perhaps, from the REDBLACKS’ QB’s).