Top 10 Photos of the Year 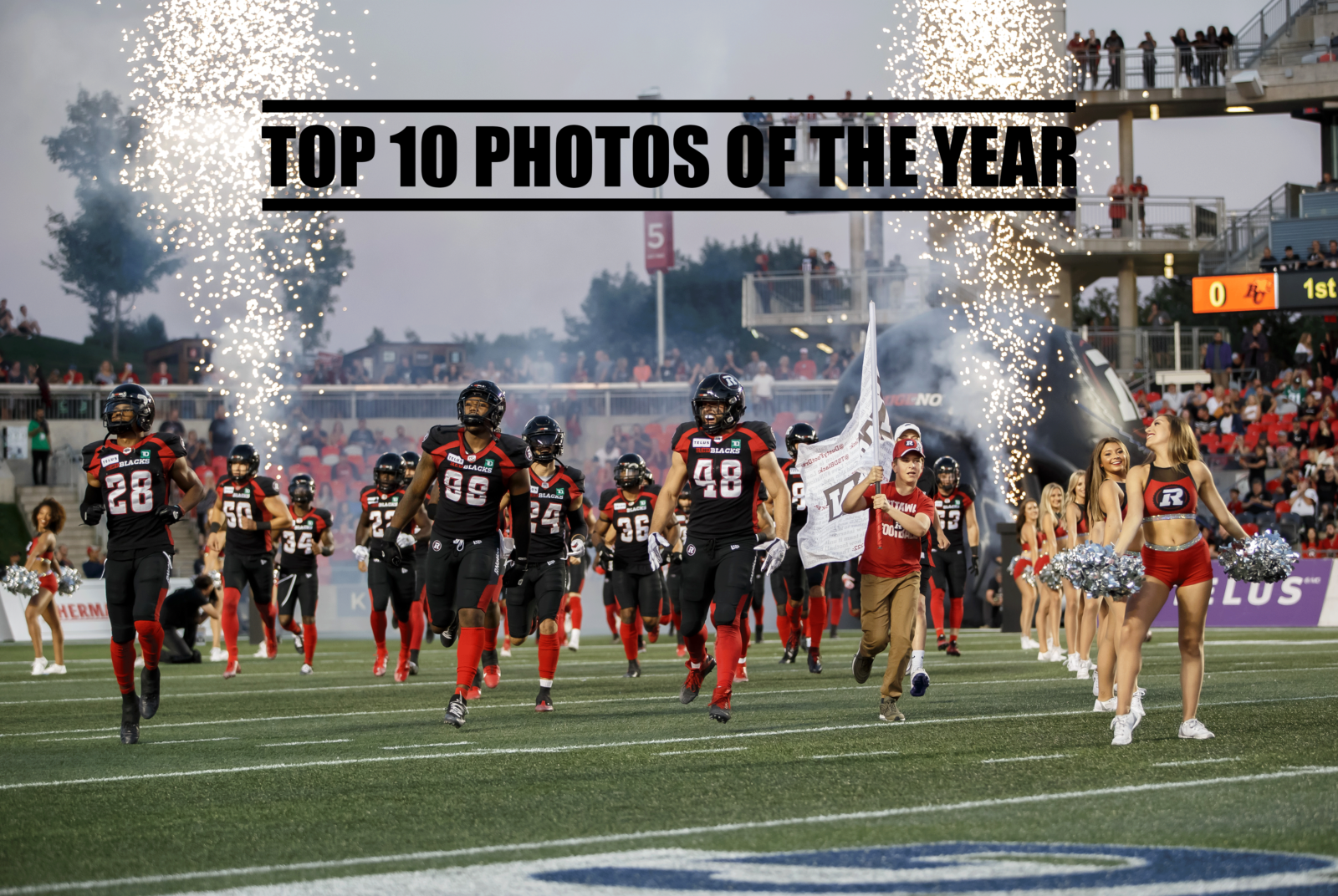 Top 10 Photos of the Year

Over the course of the season we work with many talented photographers. They capture moments in time that we get to keep for forever. To show our appreciation we wanted to count down the Top 10 photos from the 2019 REDBLACKS season. Thousands of photos are taken during the year so narrowing it down is tough, we know that other incredible photos were missed but these are our favourite 10 from the season.

We will be updating this list every day for the next 10 days, check back here or on our social media accounts for updates.

#10 – It was all a blur
Photographer: Johany Jutras 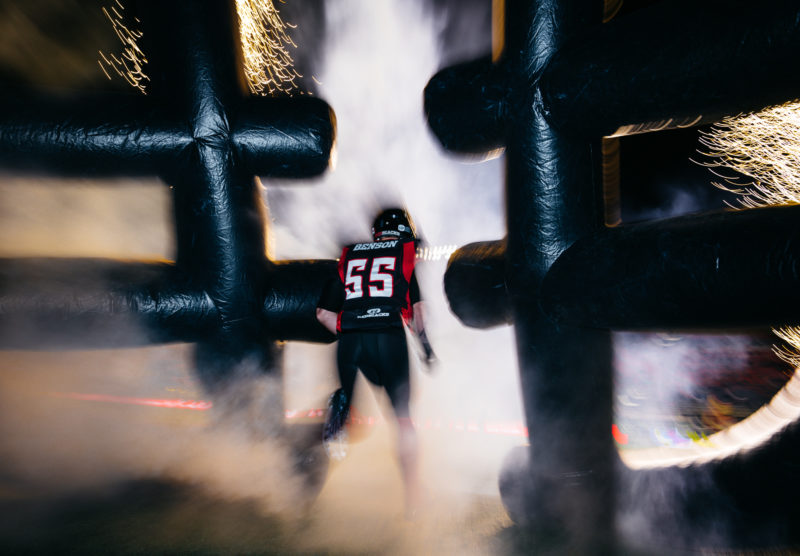 Johany Jutras captured this long exposure shot of Mike Benson as he took to the field for the final game of the season. 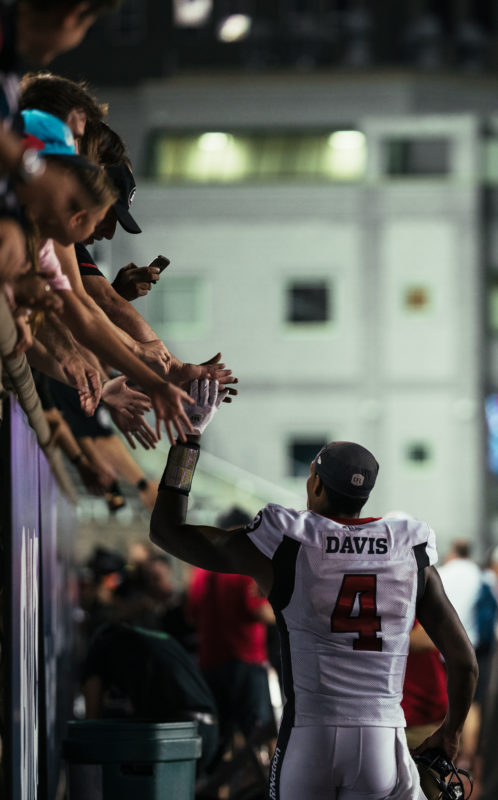 Johany Jutras snapped this pic of REDBLACKS Quarterback Dominique Davis high fiving fans a part of the RNation Invasion following a win on the road in Montreal.

Dominique Davis points to the sky prior to taking the field against the Winnipeg Blue Bombers on July 5th. 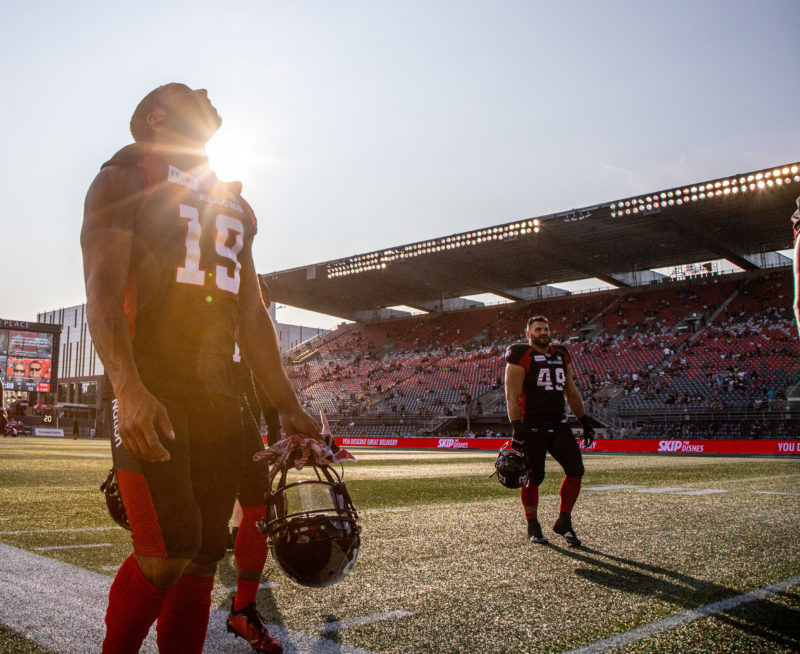 Andre Ringuette timed this shot perfectly of Nate Behar as he headed off the field after warm-up at a late July game at home.

#6 – What it’s all about
Photographer: Andre Ringuette 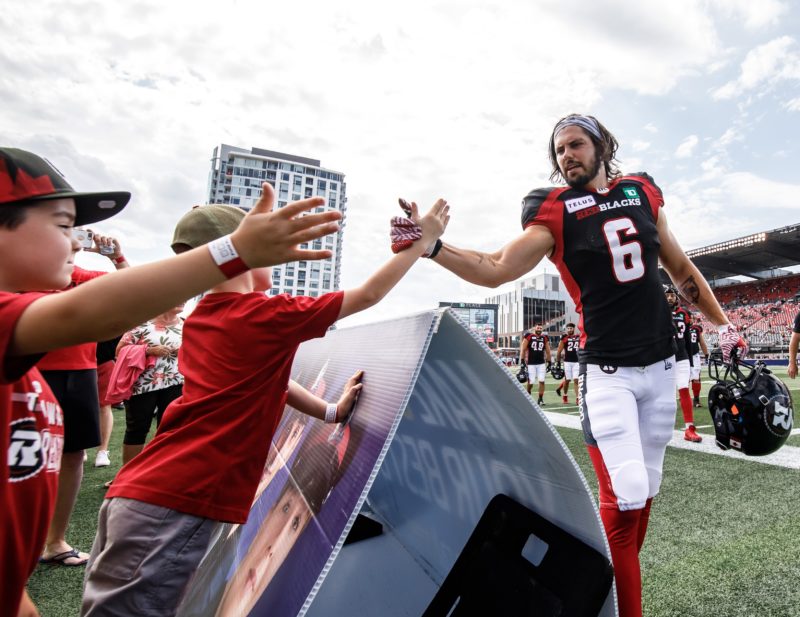 Antoine Pruneau high fives a few kids on the sideline as he heads down the tunnel.

#5 – Up in Smoke
Photographer: Andre Ringuette 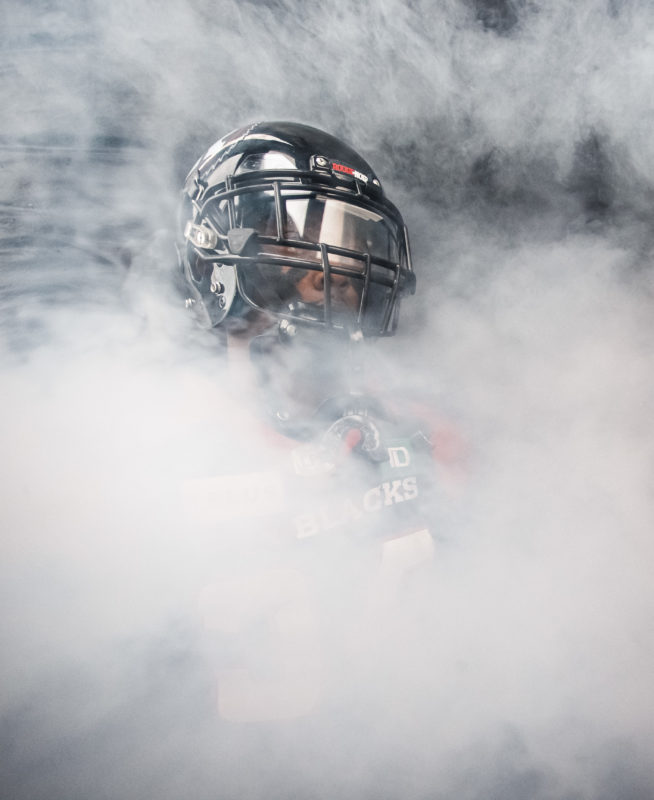 Andre Ringuette captured this photo of a REDBLACKS player engulfed in smoke in the tunnel waiting to run out onto the field.

#4 – The moments after a touchdown
Photographer: Steve Kingsman 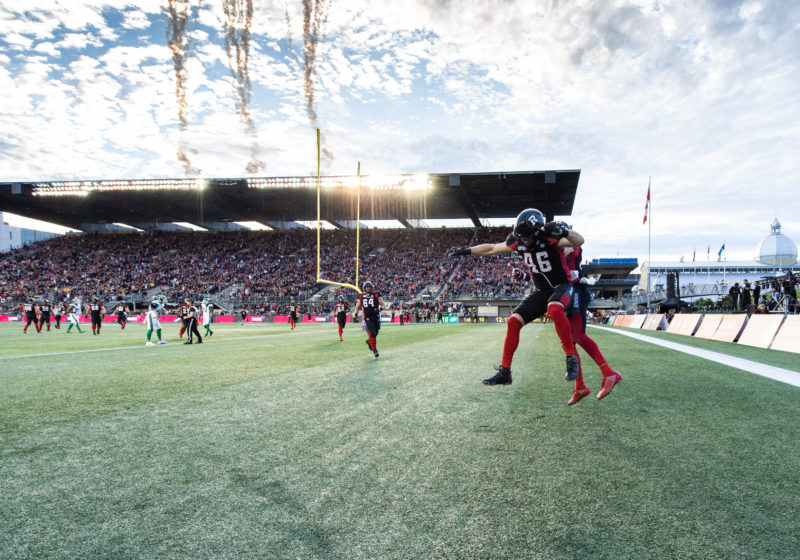 Steve Kingsman snapped this photo of JC Beaulieu celebrating a touchdown at home against the Saskatchewan Roughriders with the North Side Stands behind and him and remnants of celebratory fireworks.
#2 – Together
Photographer: Andre Ringuette 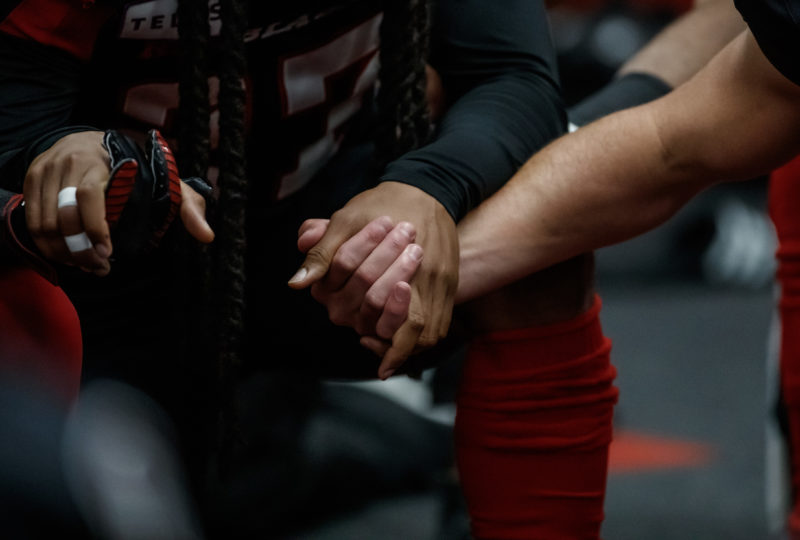 Despite having a difficult season, the REDBLACKS locker room remained close. Andre Ringuette captured this moment of players hand in hand before a game at home.
#1 – Number One
Photographer: Steve Kingsman 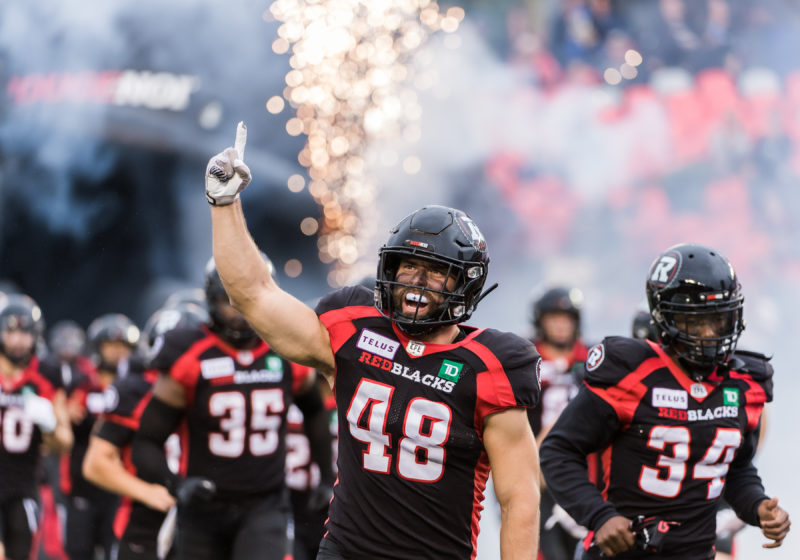 Steve Kingsman captured this photo of Nicolas Boulay holding up the number one as he runs onto the field ahead of a game at TD Place. Coincidentally, this is our Number One photo of the year.