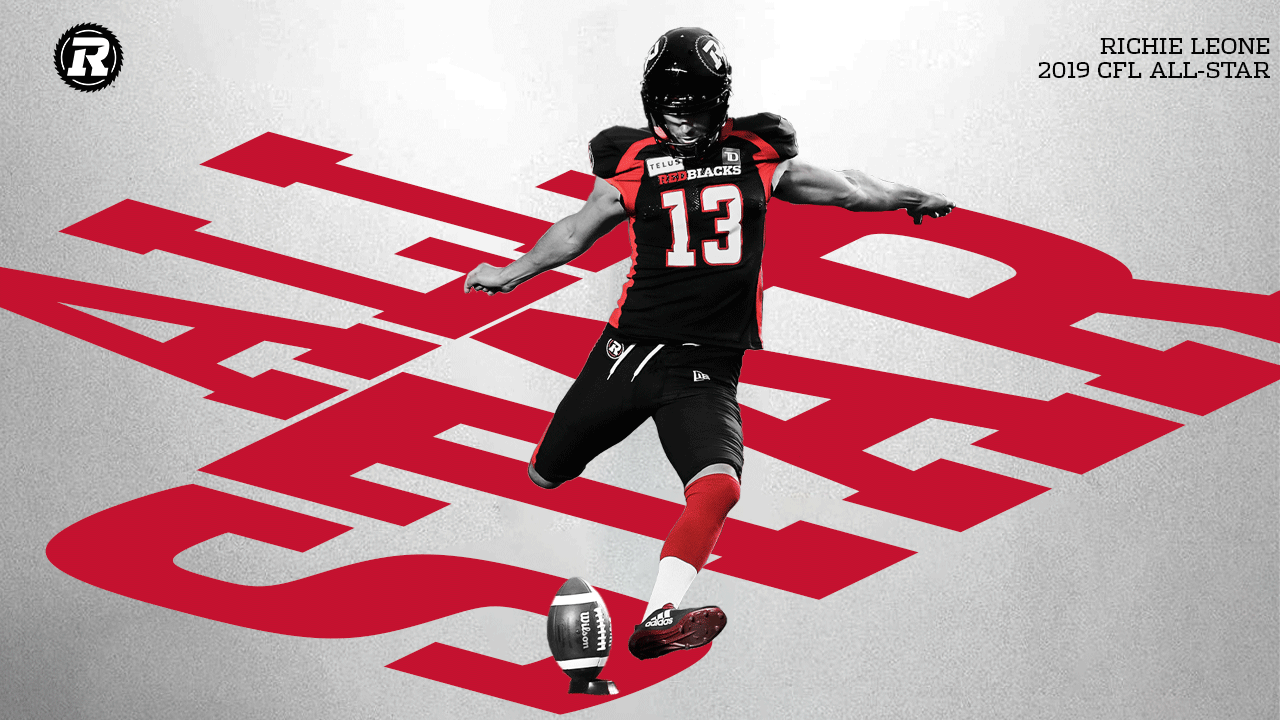 The Canadian Football League (CFL) unveiled the 2019 CFL All-Stars today and Ottawa REDBLACKS punter, Richie Leone, made the list after an outstanding season.

Richie Leone proved his All-Star status on multiple occasions this season by finishing the 2019 campaign in 1st place for most punts in the CFL with 132 and kicked for over 5,179 net yards. Since joining the REDBLACKS in 2018, Leone has recorded over 256 punts and more than 9,822 net yards. At the end of the regular season, Leone was named Special Teams player of the year for the REDBLACKS for the 2019 Shaw CFL Awards.

The 27 All-Stars were selected by 49 voters comprised of members of the Football Reporters of Canada and the league’s head coaches.