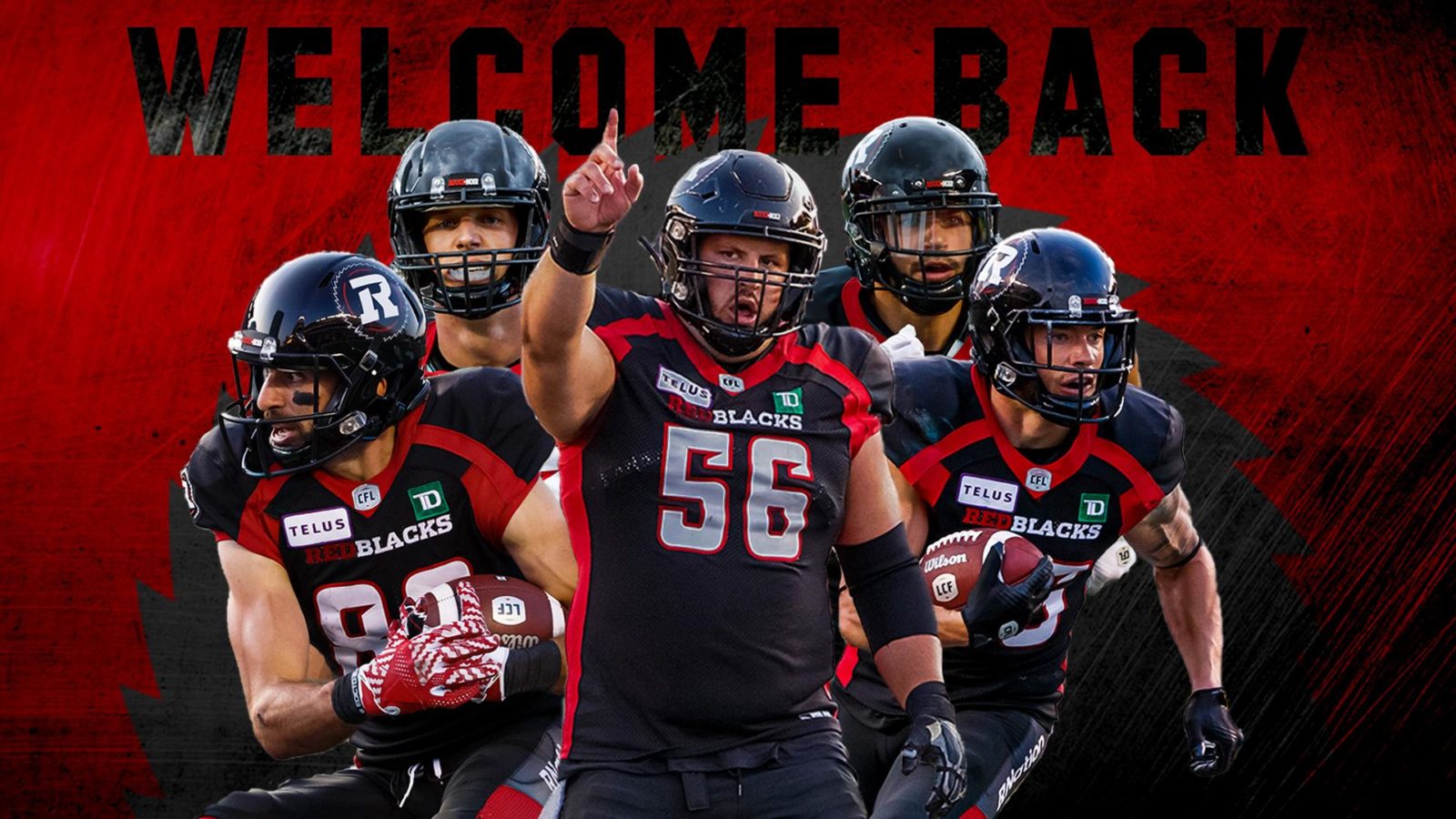 The Ottawa REDBLACKS announced the re-signing of five Canadian standouts, including Ottawa’s all-time leader for most receptions, Brad Sinopoli.

TD Place erupted when the team announced during Friday night’s game that receiver Brad Sinopoli, defensive back Jean-Philippe Bolduc, offensive lineman Alex Mateas, defensive lineman Nigel Romick, and running back Brendan Gillanders, all agreed to two-year contract extensions. The REDBLACKS are delighted to be able to count on the return of these five key Canadian players for at least two more years. They will bring an immense amount of leadership and experience going forward.

Brad recently broke a team record when he passed Tony Gabriel for the most receptions in Ottawa football history with 445. In 138 games played in the CFL, Sinopoli has now reached 501 receptions and 5,641 yards. 2018 was his best season since joining the CFL, recording 1,376 yards on 116 receptions. 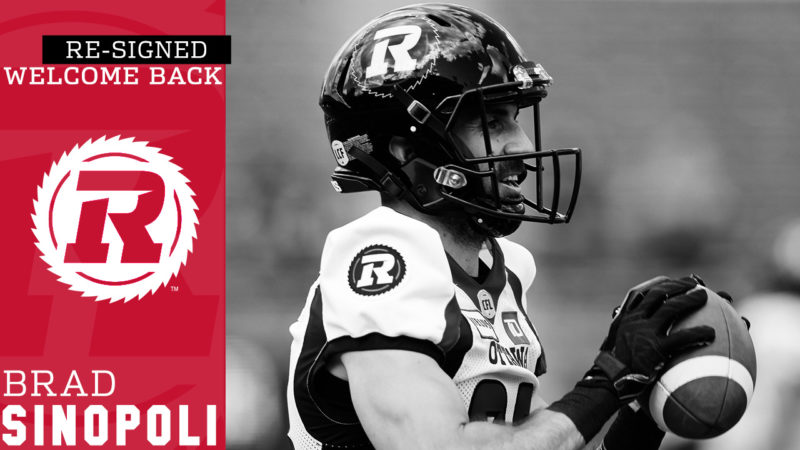 Leading up to the last game of the season, the Montreal native has had a good 2019 campaign on the special teams, recording 19 tackles in 17 games. Since joining the REDBLACKS in 2016, Bolduc played 50 games and has a record of 15 defensive tackles and 52 tackles on the special teams. Jean-Philippe is also very active in the Ottawa-Gatineau community. 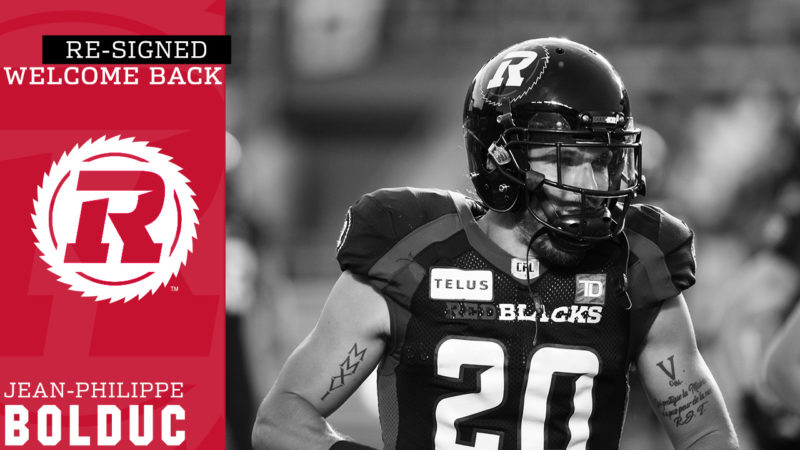 Since playing his first game for the REDBLACKS in 2015, the Ottawa homegrown has been nothing but consistent. Through the years, Mateas has developed into a key player on the O-line and helped Ottawa in reaching new heights. Signing Mateas for another 2 years will ensure stability and leadership on the offensive line. 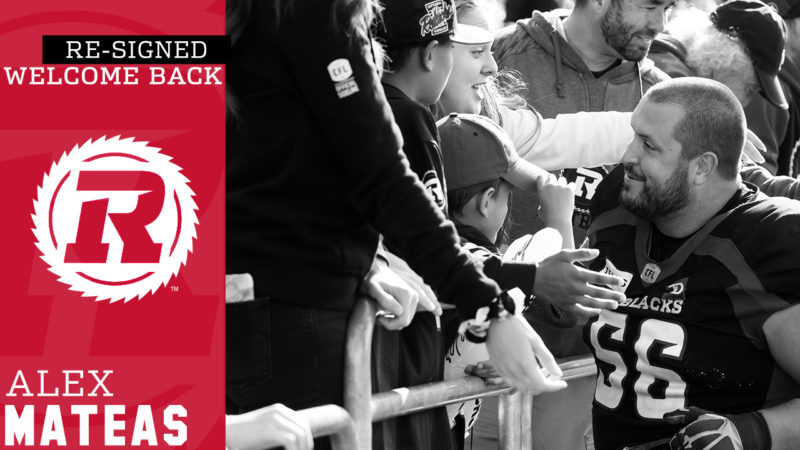 Romick will return to Ottawa for two more seasons after completing a solid 2019 season. The Thunder Bay native played in 81 games with the REDBLACKS since joining the team in 2014 and has currently 11 defensive tackles and 80 tackles on the special teams. 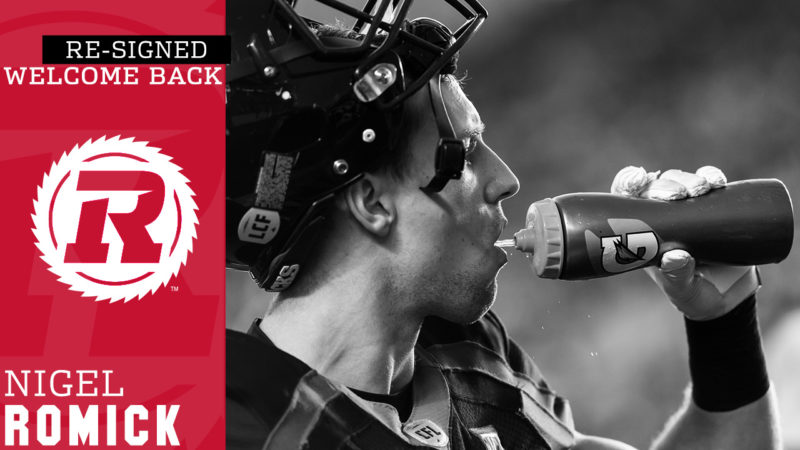 Gillanders is another huge re-signing for the REDBLACKS. Since signing with Ottawa for the 2016 season, the former Gee-Gee (2009-2013) has played some of his best football since being drafted in the CFL. He has accumulated more than 275 rushing yards in 57 carries in the league. The REDBLACKS are thrilled to keep this Ottawa product in their ranks. 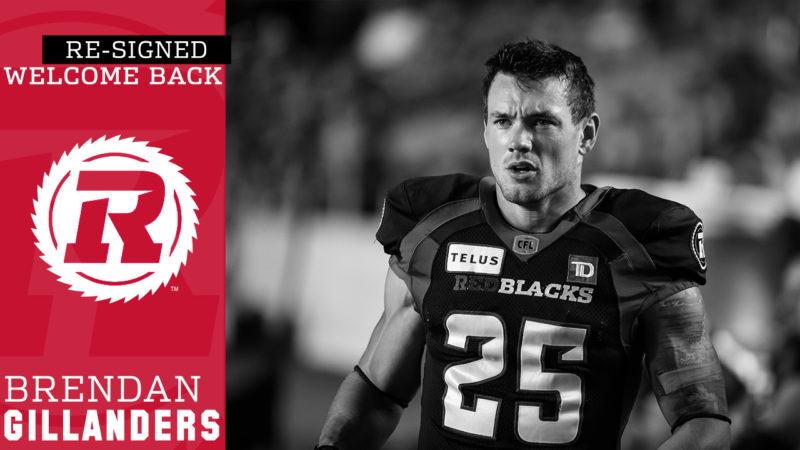