The Ottawa REDBLACKS battled windy conditions, as well as the Montreal Alouettes Friday night at TD Place, falling to their eastern rivals 42-32 to close out their 2019 season.

Dominique Davis got the start for the REDBLACKS, completing 16-of-18 passes. Will Arndt took over in the second half, throwing for 161 yards and tossing one interception.

Montreal jumped out to a quick lead. Vernon Adams Jr. guided his team down the field and completed a pass to Eugene Lewis in the end zone. Coupled with the extra point and two Boris Bede field goals, the Als lead 9-0.

Following a Lewis Ward field goal at the end of the first half, Montreal extended their lead. This time Adams Jr. found Jake Wieneke, making the score 16-3.

The score was 17-11 for the visitors at the half, as Ward converted two more field goals and Montreal conceded a safety.

The Als found the end zone again the begin the third quarter, but with Arndt in the game at quarterback, the offence got moving. The rookie was able to guide the REDBLACKS down to the goal line on two occasions, with Jonathon Jennings plunging in for a pair of touchdowns. Ward converts cut the Montreal lead to four points midway through the fourth.

The teams then traded touchdowns, with Jarveon Williams scoring for the Alouettes and Jennings notching his third rushing touchdown of the ballgame. A John Crockett two-point convert pulled the REDBLACKS within a field goal.

Ottawa got the ball back with less than a minute to go. However, on the first play of the drive, Arndt’s pass was intercepted and returned to the house by Najee Murray, giving Montreal their 42-32 lead.

Montreal (10-8) host the Edmonton Eskimos in the Eastern Semi-Final on Sunday, November 10. 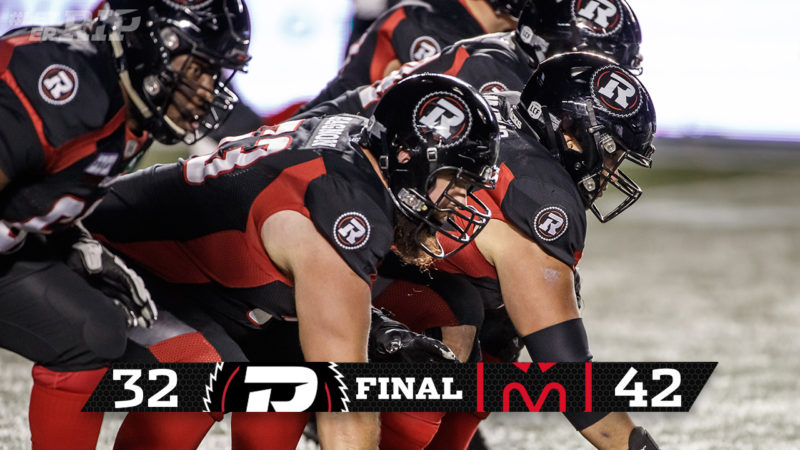 Ottawa concludes their season with a 1-8 record at TD Place and a 2-7 record on the road… John Crockett appeared in his first game since mid-August, rushing for 46 yards on eight carries… Lewis Ward ends his season by going 43-for-49 on field goal attempts. His 87.8 field goal percentage is fourth in the league. 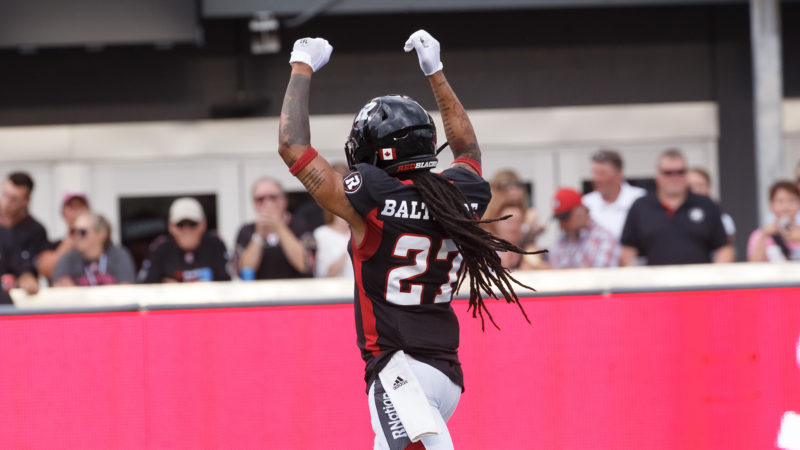