The Ottawa REDBLACKS announced on Wednesday the team winners for the 2019 Shaw CFL Awards. The award recipients were selected by voting members of the Football Reporters of Canada (FRC) and CFL Head Coaches.

The Ottawa winners are:

Most Outstanding Player: Avery Williams, LB
In only 11 games played in 2019, Williams completed 69 tackles on defense, 1 tackle on special teams and 1 sack. With one game left to the season, Williams is ranked 13th in the Canadian Football League for most tackles by a defensive player. Williams has improved significantly since last year. He concluded the 2018 campaign with 49 tackles and 1 sack. 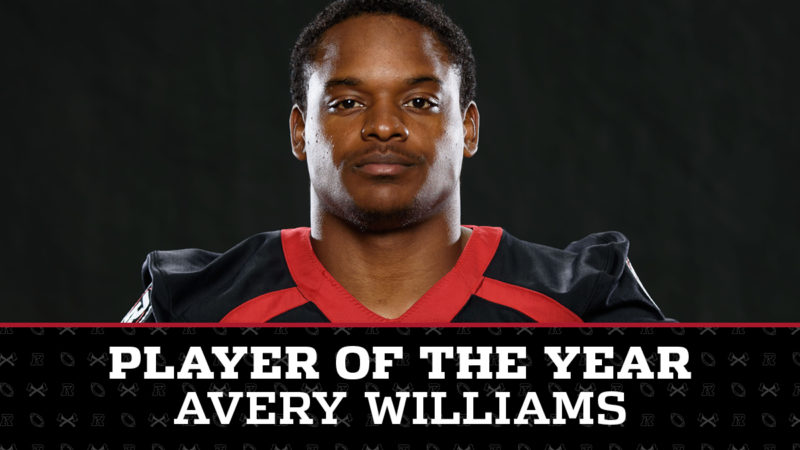 Most Outstanding Defensive Player: Avery Williams, LB
It is with no surprise that Avery Williams is elected defensive player of the year for the REDBLACKS. Williams was a key player on the REDBLACKS defense this season and has proven to be a top performer in the CFL. His best performance of the year was his 12 tackles game against Hamilton in week 10. 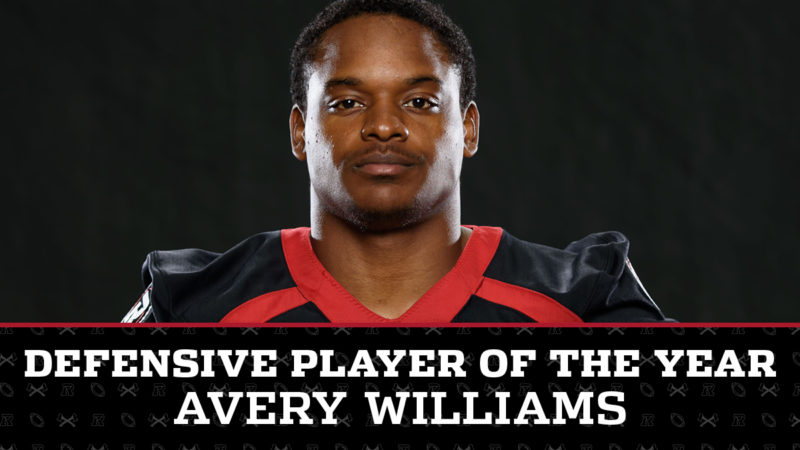 Most Outstanding Canadian Player: Nolan MacMillan, OL
The Canadian from Arnprior, Ontario, has proven again in 2019 to be a leader on the field for the REDBLACKS. Since being drafted in 2013, becoming the first ever draft pick by the REDBLACKS, MacMillan has always shown great consistency on the offensive line. 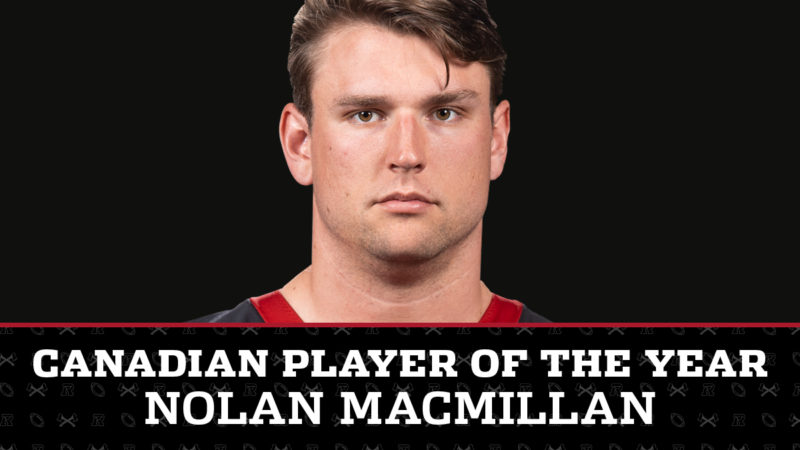 Most Outstanding Offensive Lineman: Nolan MacMillan, OL
Appearing in 14 games in 2019 for the REDBLACKS, MacMillan tied his career high with 2 defensive tackles. MacMillan was a key player on the offensive line this year and made multiple big plays and helped the rest of the offence achieved new team records. The offensive line played a big role in Brad Sinopoli’s 447th catch, setting a new team record. 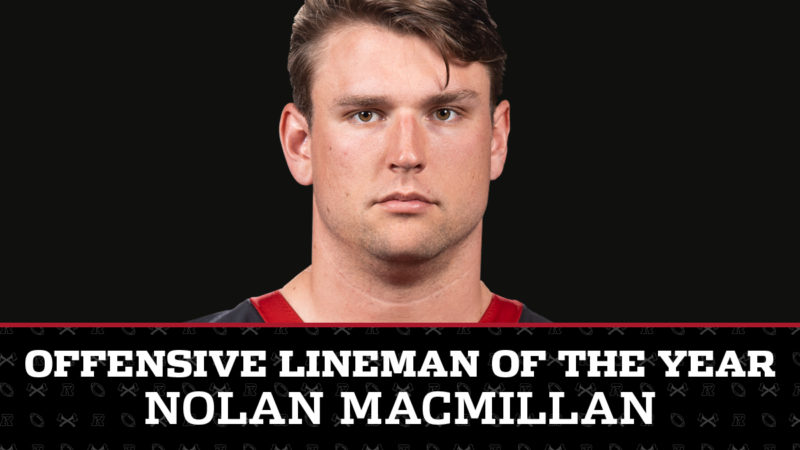 Most Outstanding Special Teams: Richie Leone, K
Leone had a very busy 2019 campaign for the REDBLACKS completing 128 punts in 17 games played. He kicked for more than 6230 yards, averaging 48.7 yards. Leone also accumulated 2917 yards on Kickoffs, averaging 62.1 yards per kick. He is currently ranked 1st in the CFL for most punts. Additionally the REDBLACKS punting unit ranks first in the league in net punting. 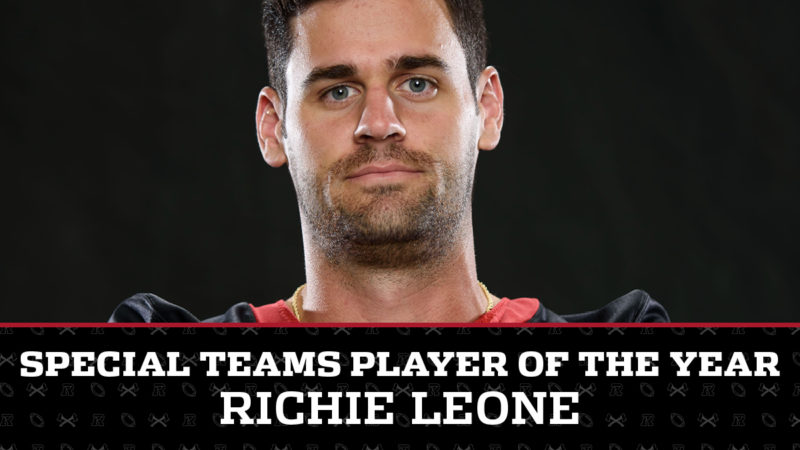 Most Outstanding Rookie: Jerod Fernandez, LB
Former Washington Redskins, Jerod Fernandez, had a very good first season with the REDBLACKS. In only 10 games, Fernandez was able to make 46 defensive tackles and recorded 2 forced fumbles. His best game was against the Eskimos during week 9 where he recorded 8 tackles. 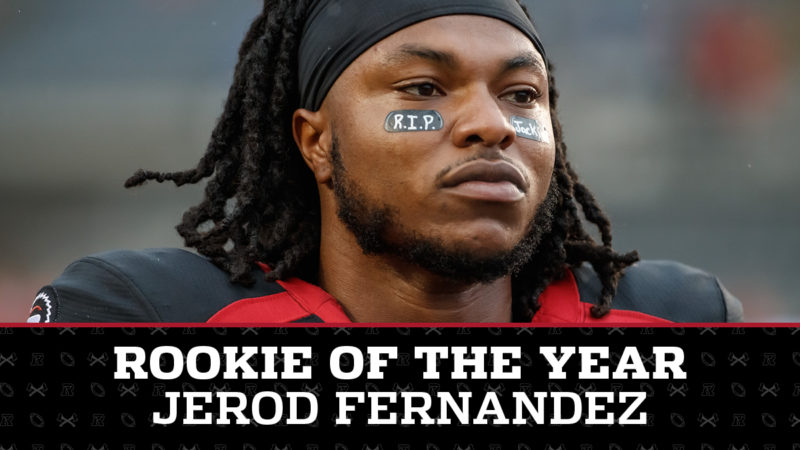