REDBLACKS look to close out road schedule on winning note

REDBLACKS look to close out road schedule on winning note

The REDBLACKS head to Toronto for their final road game of the season on Saturday, looking to snap a nine-game losing slide.

For the second time in three weeks, Ottawa will square off against the Argos at BMO Field, where the REDBLACKS most recently lost a hard-fought game 28-21.

Last week, Ottawa was defeated by the Hamilton Tiger-Cats, but there were a few bright spots for the REDBLACKS in this game.  Lewis ward went 4/4 in his field goal attempts, reliable as always.  However, Ward did knock down a 56-yard attempt, which is now his new personal best and an Ottawa football record.  On the defensive side of the football, Gump Hayes continued his stellar defensive rookie season, with his third interception of the year.  Once again, Will Arndt looked far from out of place at Ottawa’s starting QB, and it will be interesting to see what kind of progression in his play he takes into this week, as he has improved each and every week he has started. 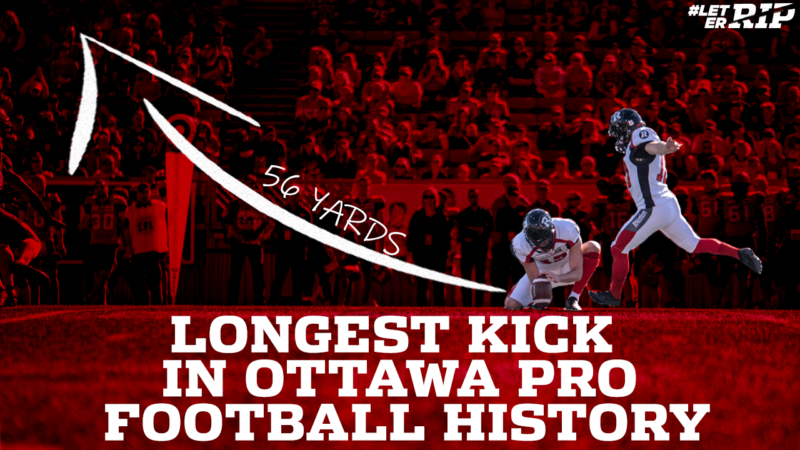 Final road trip of the season

Rick Campbell’s squad will look to change the narrative of that last matchup between Ottawa and Toronto, when the Argos defeated the REDBLACKS by only one touchdown only two weeks ago. At the same time, the team will look to gain a little bit of momentum ahead of the November 1st home game against the Montreal Alouettes, which will be the REDBLACKS’ final game of the season.

A record will be in Brad Sinopoli’s reach on Saturday. Sinopoli is currently sitting at 443 receptions as an Ottawa REDBLACK, and will look to tie and even break Tony Gabriel’s record for most receptions in Ottawa Football history, with a total of 444.  This means that Sinopoli would need at least two receptions to break this record on Saturday.

Ottawa’s defense has a nice challenge cut out for them on Saturday.  They will face in this game the CFL’s leader in passing touchdowns, Mcleod Bethel-Thompson.  Toronto also counts on two receivers that are among the top five in receiving touchdowns (Armanti Edwards and Derel Walker with 6 each). Bethel-Thompson also counts on veteran S.J. Green at receiver, who is fifth in the league in receptions caught with 80.  It is not to forget that Toronto also counts on one of the better running backs in the CFL in James Wilder Jr.

Both teams having a record of 3-13, the two are in a similar situation where next season starts now, and people are already trying to prove themselves ahead of the 2020 CFL season. Ottawa and Toronto have been playing some younger players recently, on top of some players who are battling for spots already ahead of next year. 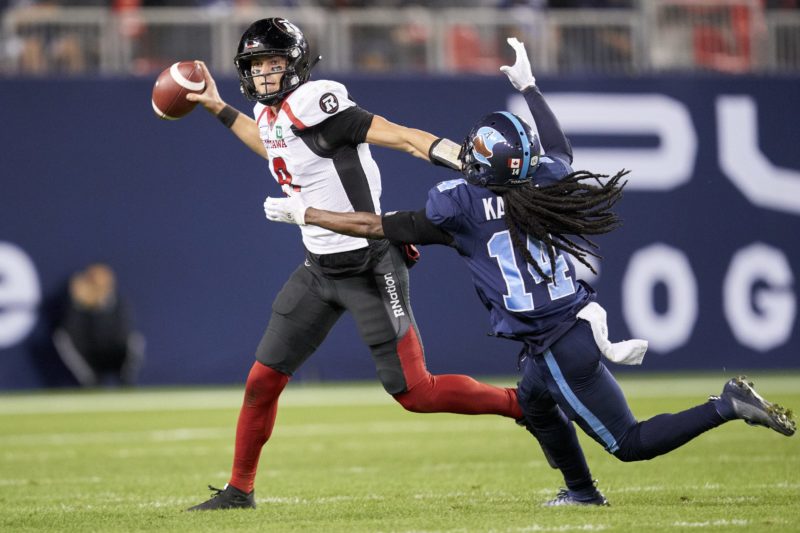 Comparing both teams’ statistics, it’s obvious that these two defenses are incredibly similar to one another.  Ottawa has piled up a total of 12 interceptions on defense, while Toronto has 14.  The REDBLACKS have also sacked the opposing QB 27 times, in comparison to the Argos’ 30 sacks.  Toronto’s defense has however allowed more points than Ottawa’s, with 210 against 138. 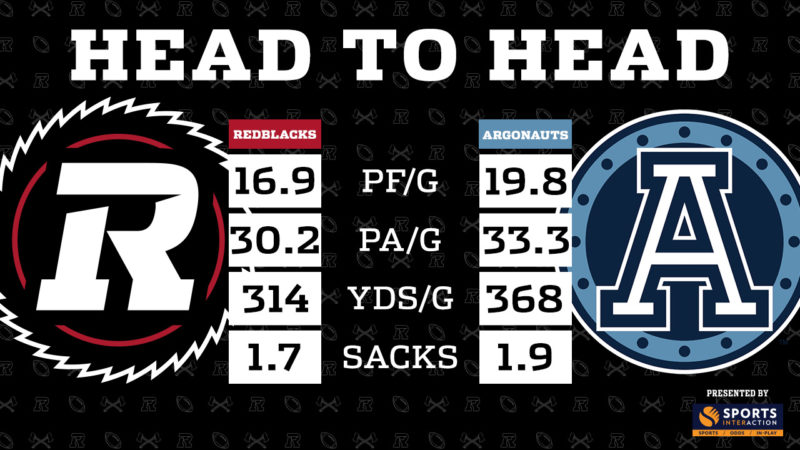