REDBLACKS looking to change the story against Tiger-Cats this weekend

REDBLACKS looking to change the story against Tiger-Cats this weekend

The Ottawa REDBLACKS continue their month of October away from home with a road date against the Hamilton Tiger-Cats on Saturday afternoon.

Coming off a hard-fought 28-21 loss to the Toronto Argonauts last weekend, the REDBLACKS will be in tough looking to score a win against the East Division-leading Ti-Cats. With 12 wins, Hamilton comes into the game with four more victories than the second-place Montreal Alouettes.

Meanwhile, the REDBLACKS will once again turn to Will Ardnt under centre after the young QB impressed in his first CFL start last week in Toronto.

The REDBLACKS will close out October next weekend with another tilt against the Argonauts in Toronto before closing out the regular season schedule at home on November 1 against Montreal. 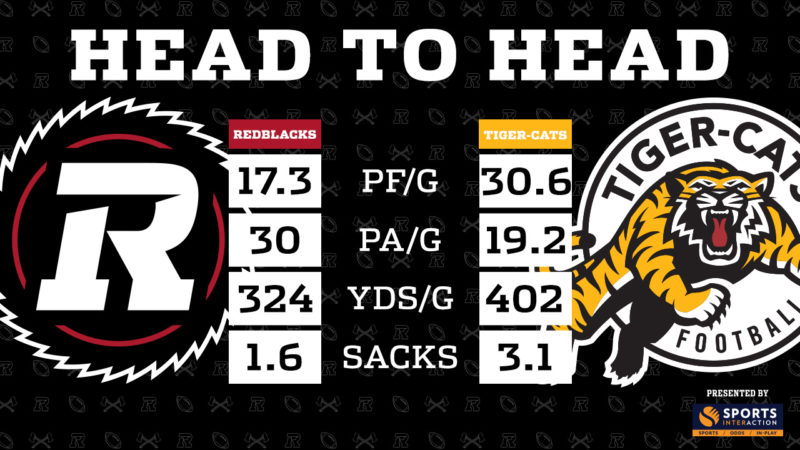 The CFL gasped when Hamilton starting QB Jeremiah Masoli went down with a season-ending injury early in the year. But since coming on in relief, Dane Evans has taken ownership of the opportunity and enters Saturday’s game with 2,923 yards, 16 touchdowns and 11 interceptions on the season. The Tiger-Cats also boast two 1,000-yard receivers, with the speedy Brandon Banks leading the way with 1,233 yards and nine touchdowns, followed by Bralon Addision and his 1,123 yards and seven majors. 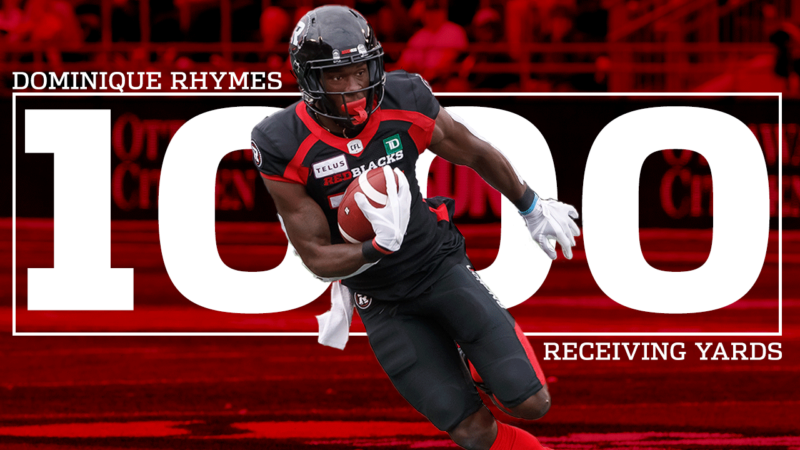