The Ottawa REDBLACKS fell short against the BC Lions Saturday night, losing 40-7 at TD Place.

Mossis Madu rushed for 57 yards on 12 carries, while Jonathon Jennings passed for 121 yards. Will Arndt got some time behind centre in the second half, completing six of his 11 passes for 61 yards.

J.R. Tavai recorded the REDBLACKS only sack of the evening, and Chris Randle notched an interception.

After the REDBLACKS opened the game by earning a safety, BC found the endzone with John White walking in after a long Lions drive. The Lions held a 7-2 advantage after the first quarter.

BC extended their lead in the second quarter, with receiver Duron Carter hitting Shaq Johnson on a trick play. A pair of BC field goals shortly before the half made the score 20-2 for the visitors.

The REDBLACKS showed signs of life early in the second quarter. Following a Lions touchdown, Jennings connected with R.J. Harris on a deep ball to get Ottawa just shy of the red zone. Lewis Ward converted a short field goal, making the score 30-5.

The Lions would close out the game with a touchdown and a field goal in the fourth quarter, sweeping the teams’ home-and-home series.

The REDBLACKS (now 3-10) are back at home next week, welcoming Trevor Harris and the Edmonton Eskimos (6-7) to TD Place on Saturday, September 28. Kickoff is scheduled for 4:00 p.m. The Lions (3-10) return to BC to take on the Montreal Alouettes later that same day.

“Each individual coach, player, whoever has to show up and come to work and do the best you can. We have a lot of very capable people in that locker room. We are not performing what we are capable of. That’s where things have gone sideways from my seat. It got away from us and I would say that there’s a group of the team that is lacking some confidence. Need to get that back.” – HC Rick Campbell

The REDBLACKS added Kaye Vaughan to the Wall of Honour at TD Place in a ceremony at halftime. Vaughan spent his entire 12-year professional football career in Ottawa, being inducted into the Canadian Football Hall of Fame in 1978… Stefan Logan surpassed Marvin Coleman for third on the all-time CFL return yards list… BC’s Bryan Burnham eclipsed the 1,000 receiving yards mark on the season during the game. 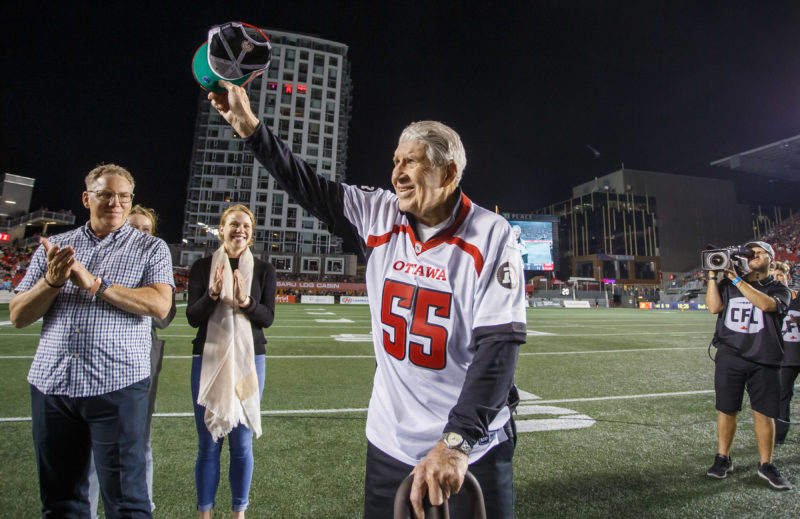