The Ottawa REDBLACKS are on the West Coast on Friday night, hoping to turn their fortunes around against the BC Lions.

Both opponents in Friday night’s game are search for answers, meaning it’s shaping up to be a battle between two hungry teams.

The Lions and REDBLACKS will square off once again next week when Ottawa hosts BC at TD Place on Saturday, September 21.

The Lions have won just once so far this season, despite the signing of star QB Mike Reilly as a free agent this past off-season. Reilly has completed 229 of 343 passes for 2,667 yards and 10 touchdowns so far this year. His favourite targets have been Bryan Burnham, who has 55 receptions for 848 yards and four touchdowns, and Lemar Durant, who has 550 yards and four touchdowns on the year. Defensively, the Lions are led by linebacker Maleki Harris (46 tackles) and defensive back Garry Peters (44 tackles). Among former REDBLACKS on the Lions roster are kicker Sergio Castillo, long snapper Tanner Doll, receiver/returner Ryan Lankford, defensive linemen Shawn Lemon, Jonathan Newsome and quarterback Danny O’Brien. 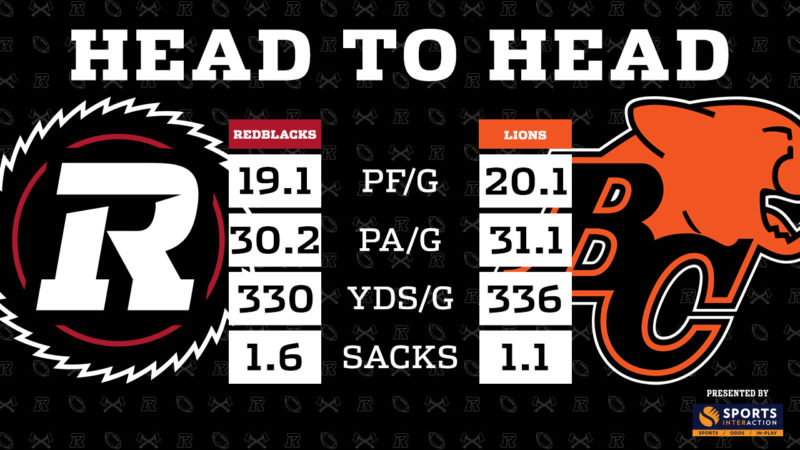