REDBLACKS look to head into bye week on winning note

REDBLACKS look to head into bye week on winning note 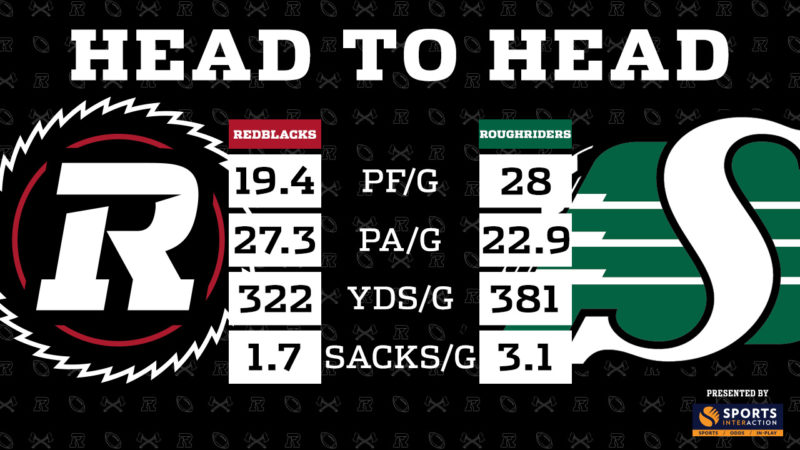 The REDBLACKS are Regina-bound this weekend as Ottawa looks to sweep the season series against the Saskatchewan Roughriders in enemy territory.

With Saturday’s tilt the final game for the REDBLACKS before their second bye week of the season, Ottawa will be looking to wrap up this part of the schedule with an important W.

The last time these two teams met saw Ottawa put on one of its best performances of the young season in a 44-41 win over the Riders. Dominique Davis completed 30 of 39 passes for 354 yards and three touchdowns in that one, while Dominique Rhymes, RJ Harris and JC Beaulieu each found the end zone.

The REDBLACKS will need more of that offense against a Saskatchewan team that is always tough to play at home. 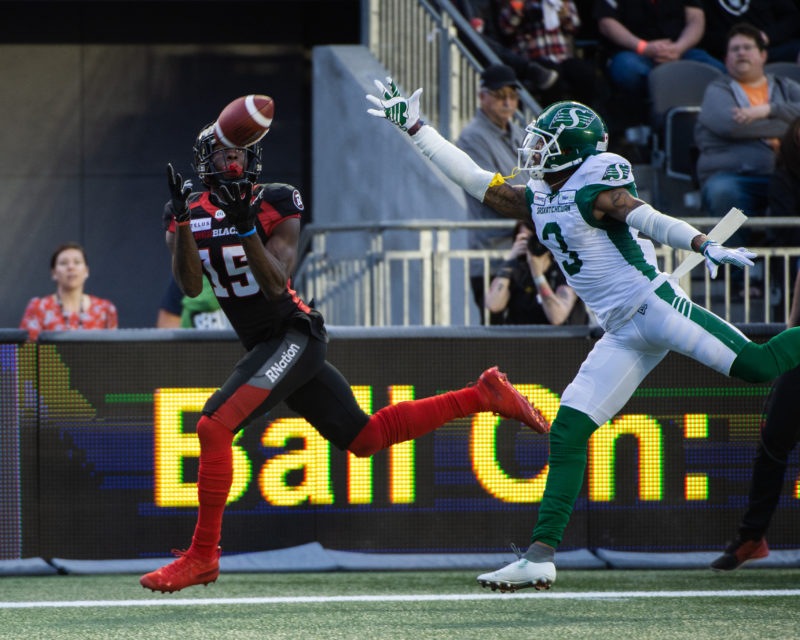 The Roughriders have shown plenty of resiliency since former quarterback Zach Collaros went down in Week 1. With Cody Fajardo hitting his stride, Collaros was ultimately traded to Toronto while the Riders have compiled a 5-3 record out of the gate. Fajardo is completing more than 74 % of his passes with his favourite targets being Shaquelle Evans (607 yards on 31 catches) and Kyran Moore (492 yards on 34 catches). Saturday’s game also marks the second meeting between the REDBLACKS and former running back William Powell, who has put up 527 rushing yards so far this season in Regina.