Purolator was the presenting sponsor for the game where they engaged in several promotional activities in preparation for game day, as well as on game day.

Leading up to the event – REDBLACKS linebacker Kevin Brown II and defensive linemen Jonathan Newsome took part in food sorting challenge with the Ottawa Food Bank while also learning about the importance of food drives such as how the Ottawa Food Bank provides food for close to 40 000 people per month – 36% of whom are children.

On game day – the RNation Block Party was livened up by Purolator and the Ottawa Food Bank. Fans who made a non-perishable food item or monetary donation received a photo with the Grey Cup and the opportunity to meet CFL alumni Damon Allen! In addition, all fans who made donations were then entered to win a signed Brad Sinopoli jersey.

The partnership between Purolator and the CFL begun in 2003 – with all teams participating in a yearly food drive to help make a difference in their communities. Over the past 16 years Purolator Tackle Hunger has helped deliver the equivalent of 12 million pounds of food to food banks across Canada.

There is still time to donate! Click HERE to support Purolator Tackle Hunger. 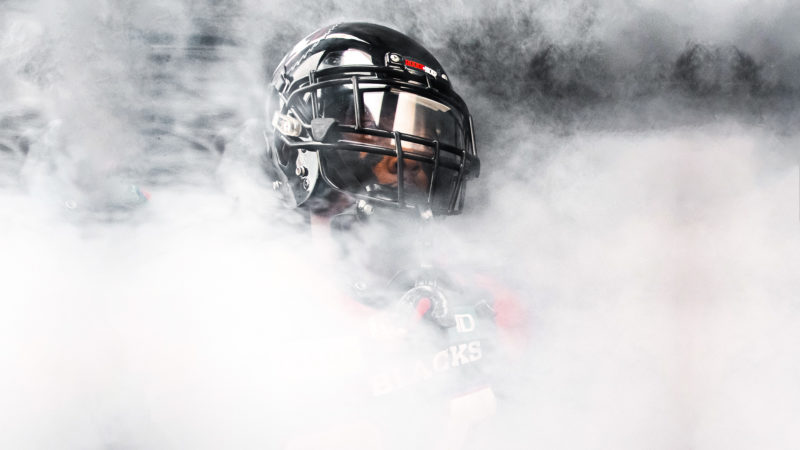