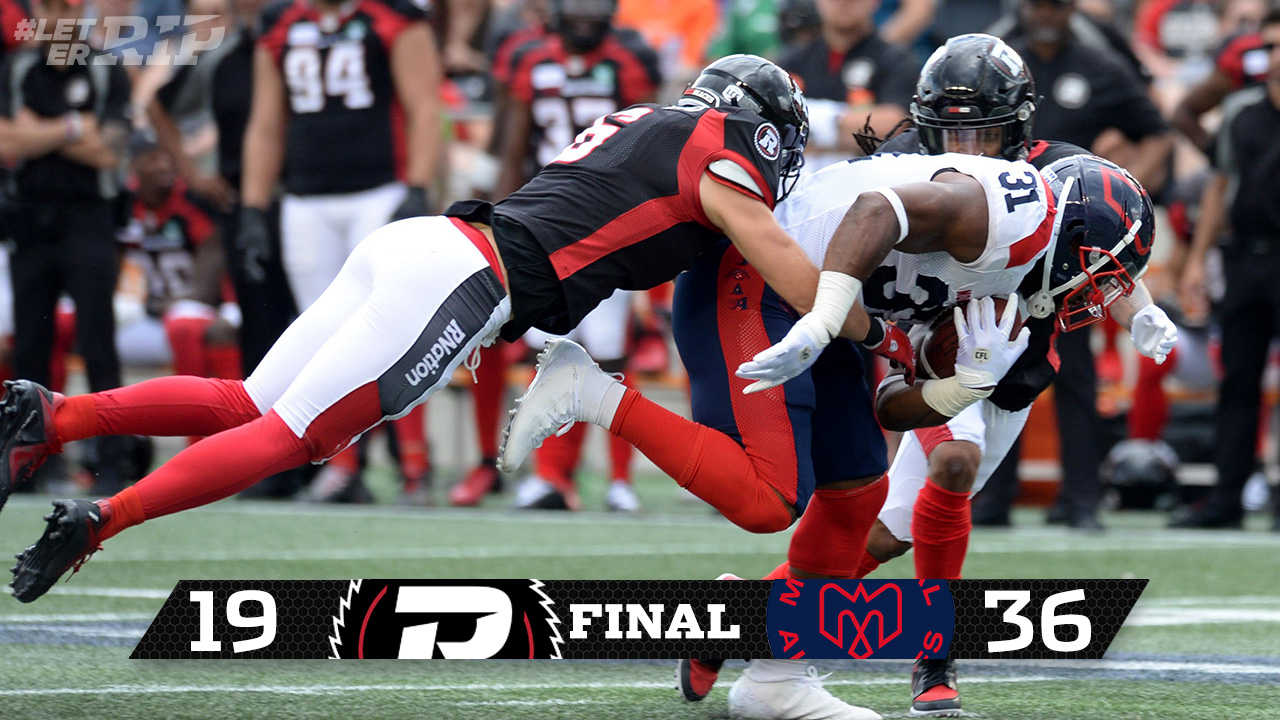 The Montreal Alouettes got all the offence in timely fashion, executing a convincing road win where the Ottawa REDBLACKS only led for 13 seconds.

The two teams would get most of their scores through field goals early in the contest. It was a quick start offensively for the Alouettes, pouncing on an interception to set up an early field goal. Boris Bede would knock down two of them for the Alouettes in the first quarter, putting Montreal up by a touchdown after the first.

Bede then had another when the teams got back out for the second quarter, after Montreal drove forward from their own 43-yard line.

Down by nine, the REDBLACKS responded by getting into great field position for Mr. Automatic. Lewis Ward hit another milestone in his unfathomable streak of regular season field goals, knocking down his 60th in a row on a routine 25-yard kick.

It was the first REDBLACKS points on the board, and then late in the second quarter Ottawa showed life offensively with a 79-yard drive down the field and into the Alouettes end zone. The drive was highlighted by a 42-yard bomb from Dominique Davis, finding RJ Harris in stride down the left sideline. Davis took home the touchdown himself on a sneak, and tied the game at 9-9 54 seconds before half.

Ward answered a test for his 61st field goal in a row, knocking down a difficult one from 50 yards away. That briefly gave the REDBLACKS a 12-9 lead, but Montreal took advantage of their opportunities later on in the third stanza.

The first came from the very next sequence of the game – a 75-yard play. Vernon Adams Jr. found receiver Quan Bray wide open with nobody between him and the end zone. He took it to the house, and it was 15-12 Alouettes just 13 seconds after Ward’s second field goal.

Adams Jr. then found Jake Wieneke in the Ottawa end zone from the six-yard line at 3:21, after Wieneke broke through some coverage and hauled in a touchdown.

Davis added another REDBLACKS touchdown with a five-yard run at 5:38, but that was all the offence they’d muster in the remainder of the game. The REDBLACKS quarterback finished the game with two rushing TDs.

Despite losing, the REDBLACKS are now 10-6 all-time against Montreal… Lewis Ward still perfect with 13 field goals in as many attempts… extends his CFL regular season record to 61 consecutive field goals… Alouettes running back William Stanback left the game early in the fourth quarter with an injury, did not return… Stanback leads the CFL in rushing yards with 457…. REDBLACKS have now lost two games in a row against Montreal… last loss: 21-11 on Sept. 1, 2018. 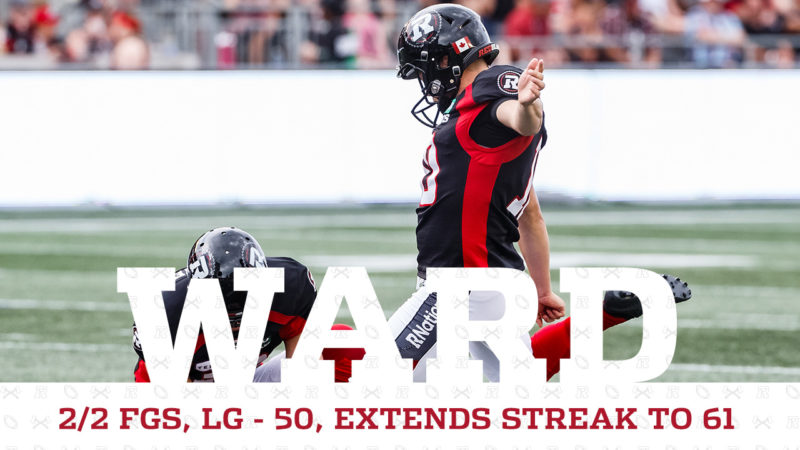 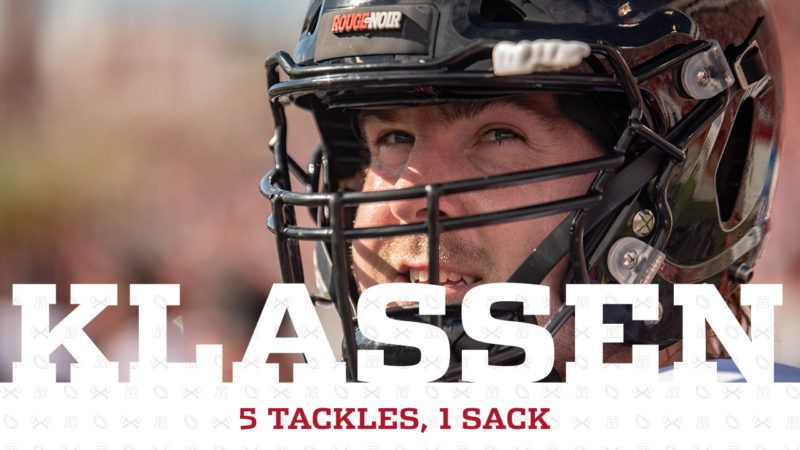 DRIVE OF THE GAME