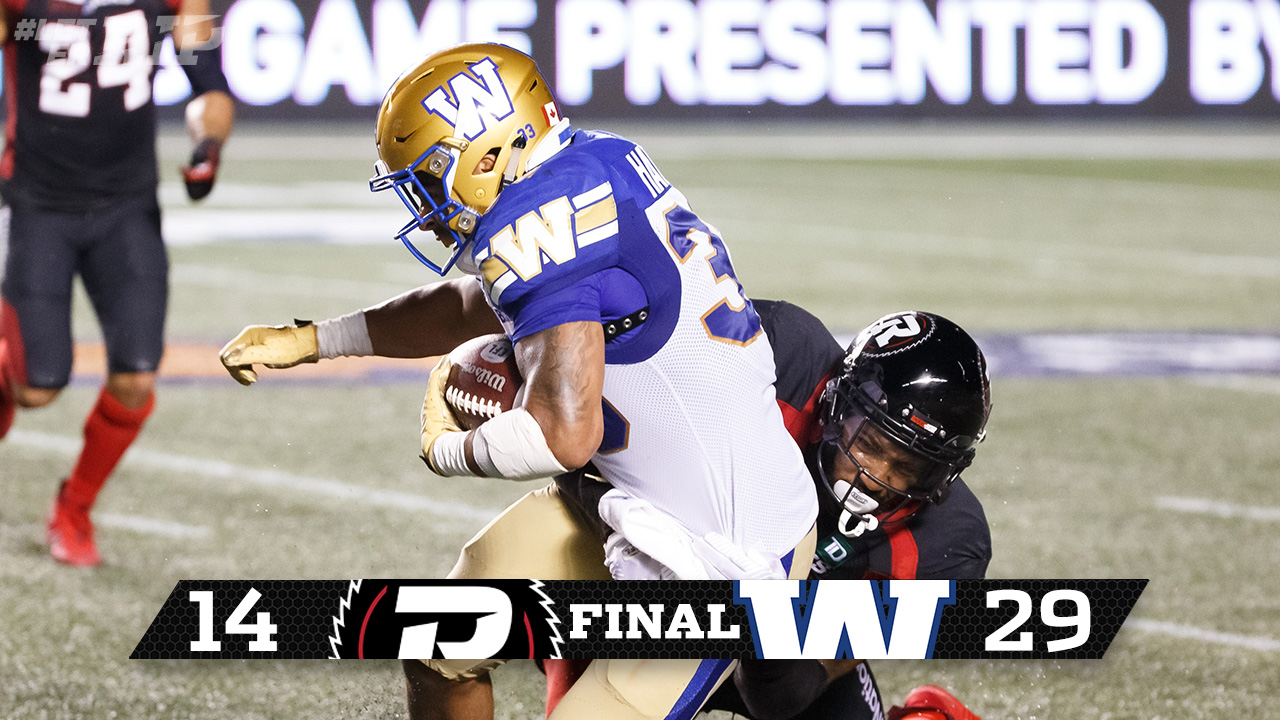 On a hot and humid night in Ottawa, it was the visitors from Winnipeg who caught a hot streak. The Blue Bombers scored early and often, and held off the REDBLACKS with a stingy defence in the second half en route to a 29-14 win in Ottawa.

After ending up on the wrong side of the scoreboard, Ottawa fell to 2-1 on the young CFL season. It leaves Winnipeg as the lone undefeated squad in the league.

Matt Nichols opened the scoring for the Bombers, feathering a pass through midfield and found Nic Demski wide open. He took it to the house, resulting in an 82-yard play for the first score of the game. That made the score 7-0.

Two rouges changed the score to 8-1 after the first play of the second quarter, and then the REDBLACKS got into field position for Mr. Automatic to hit a field goal 12:20 of the second. Lewis Ward knocked down his 58th regular season field goal of the season, and it cut the Winnipeg lead down to four.

Before the half, Winnipeg got their second touchdown on the first play of the game for new QB Chris Streveler. He found Drew Wolitarsky at the Ottawa three-yard line, and just inched into the end zone before the tackle. It extended Winnipeg’s lead to 15-4 at 6:18 of the second.

Streveler continued his productive evening with a second touchdown on a sneak in the third quarter. But this time, at 1:42, the REDBLACKS had a response.

Winnipeg had the ball on their own 35-yard line, and Streveler’s pass to Charles Nelson was dropped by the Bombers receiver. Jonathan Rose recovered the fumble for Ottawa, and wound through defenders all the way to the house. That made it a surmountable deficit – only 22-14 Winnipeg with a whole quarter left to play.

But the Bombers regrouped at the break and came out with another touchdown from Streveler, extending their lead to 15. Winnipeg would hold Ottawa’s offence to 14 points thanks to a few more interceptions late in the fourth quarter.

“We definitely helped (Winnipeg) out in some cases. There were some mistakes that were occurring too often and it was too much to overcome. I don’t think it’s been typical of how we’ve been playing or practicing, so we’ll watch and learn from it.” – HC Rick Campbell

“We were putting up some good drives and just couldn’t finish them. We’ll watch this film tomorrow – 24-hour rule. We’ll get over it and get ready for Montreal. ” – QB Dominique Davis

Lewis Ward’s two field goals gives him 59 consecutive regular season field goals, extending his CFL record… REDBLACKS had 7:37 of possession time in the second half… smallest amount of time between scores (10 sec.) for the REDBLACKS this year on the Rose touchdown… came right after a Ward field goal. 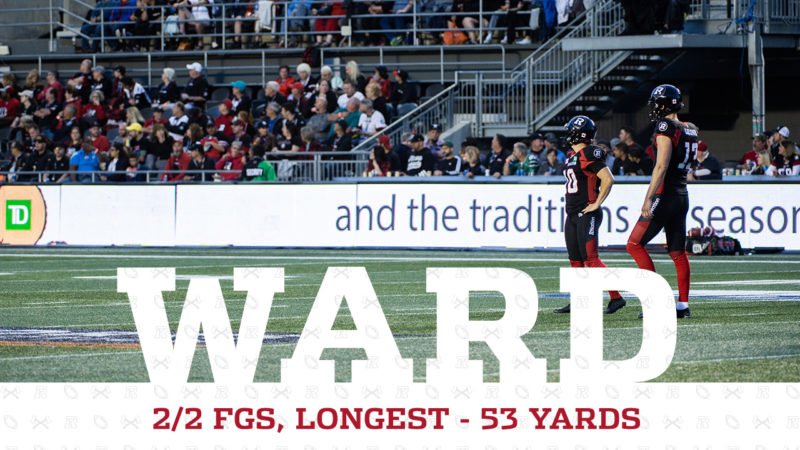 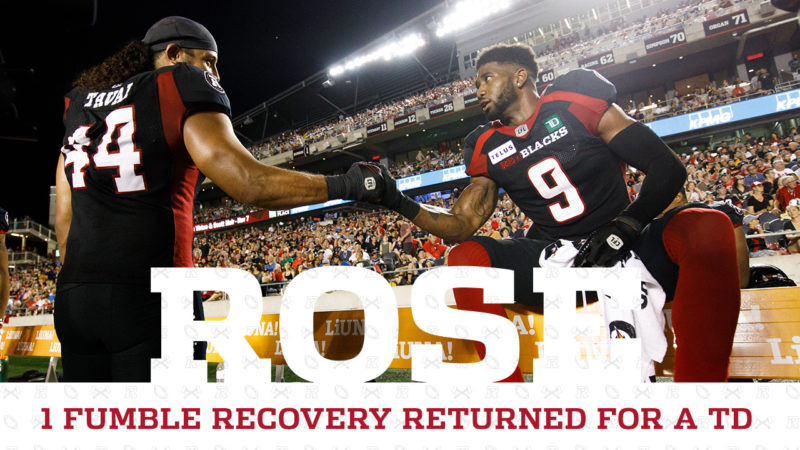