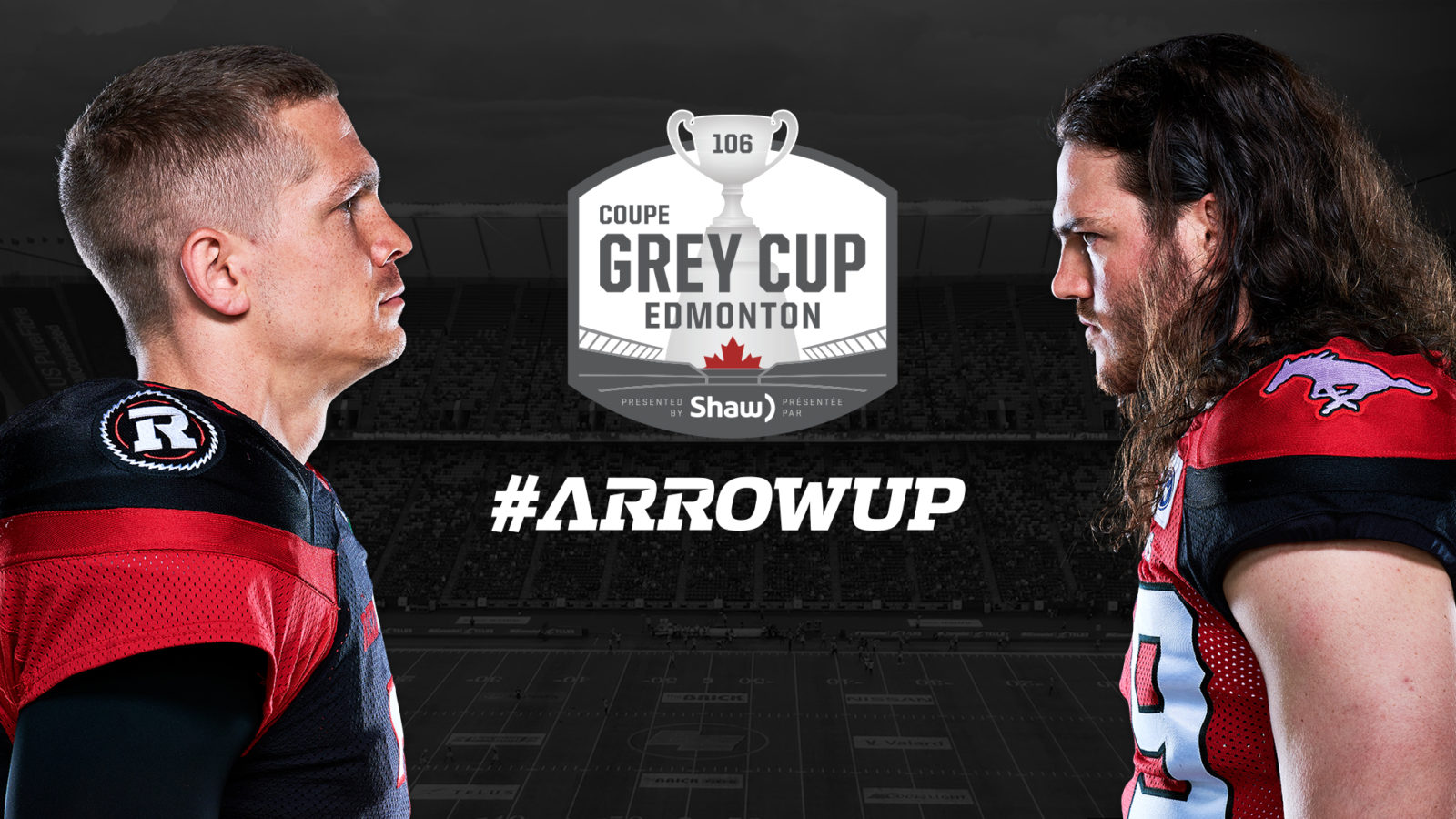 Ottawa REDBLACKS training camp opened on May 20. 189 days later, their ultimate goal of bringing the Grey Cup back to Ottawa is well within reach.

The REDBLACKS will take on the Calgary Stampeders in the 106th Grey Cup in Edmonton on Sunday, November 25. Kickoff is scheduled for 4 p.m. local, meaning a 6 p.m. kickoff in Ottawa.

Ottawa reached the Grey Cup by soundly defeating the Hamilton Tiger-Cats in the East Final. The REDBLACKS won the East Division regular season championship thanks to an 11-7 record.

Calgary beat the Winnipeg Blue Bombers in the West Final. A solid defensive performance saw the Stamps ride out 22-14 victors. The western powerhouse looked unstoppable early in the season, but injuries and inconsistent play saw them end the regular season with a 13-5 record.

The teams met twice during the regular season, with Calgary taking both contests. However, those games were all the way back in June and July, and a lot of football has been played since.

Rose to play – Despite being suspended earlier in the week for contacting an official in the East Final, Jonathan Rose will be allowed to play in the Grey Cup game. The CFL Players’ Association appealed the suspension, and a decision on said appeal will not be reached until after the championship game.

We meet again – Ottawa and Calgary met in the 104th Grey Cup in 2016. The REDBLACKS won in an overtime thriller. Henry Burris was named the Most Valuable Player of the game, and Brad Sinopoli was named Most Valuable Canadian.

Campbell in familiar territory – Edmonton is certainly familiar to Rick Campbell. Campbell was on the Eskimos coaching staff from 1999 to 2008, winning two Grey Cups during his tenure. His father, Hugh, won nine Grey Cups with the Eskimos (five as head coach, two as general manager, and two was President and CEO).

Calgary have been the epitome of consistency in the CFL. They have appeared in five of the last seven Grey Cups and have not missed the playoffs since 2004. However, the knock against the Stampeders is that they cannot win the big game, with only one Grey Cup championship over their five recent appearances.

Bo Levi Mitchell is hungry to change that. His last-minute interception in last year’s championship game cost his team the chance to kick for overtime. Mitchell’s pure and simple a winner, but perhaps his best trait is that he’s durable – he has not missed a game during his CFL career.

Calgary has dealt with some injury trouble at receiver this season. Kamar Joden, DaVaris Daniels, Reggie Begelton, Marken Michel and Eric Rogers have all spent time on the injured list. Of those five players, only Rogers is expected to be available Sunday.

The Stamps did sign Chris Matthews, who is no stranger to big games. The receiver starred for the Seattle Seahawks during the 2015 NFL playoffs, with some calling for him to be named MVP of Super Bowl XLIX after a racking up 109 yards and a touchdown.

Don Jackson is Calgary’s running back of choice. The rookie also spent time on the shelf this season, but finished just shy of 1,000 yards. Jackson had success against the REDBLACKS, carrying the ball 30 times against them for 186 yards.

Despite their offensive flare, the Stampeders strongest area is their defence. They allowed a mere 20 points-per-game in the regular season, by far the lowest in the league. Ottawa will need to find a way to avoid playmakers Alex Singleton, Micah Johnson, Da’Gared Davis and Jameer Thurman.