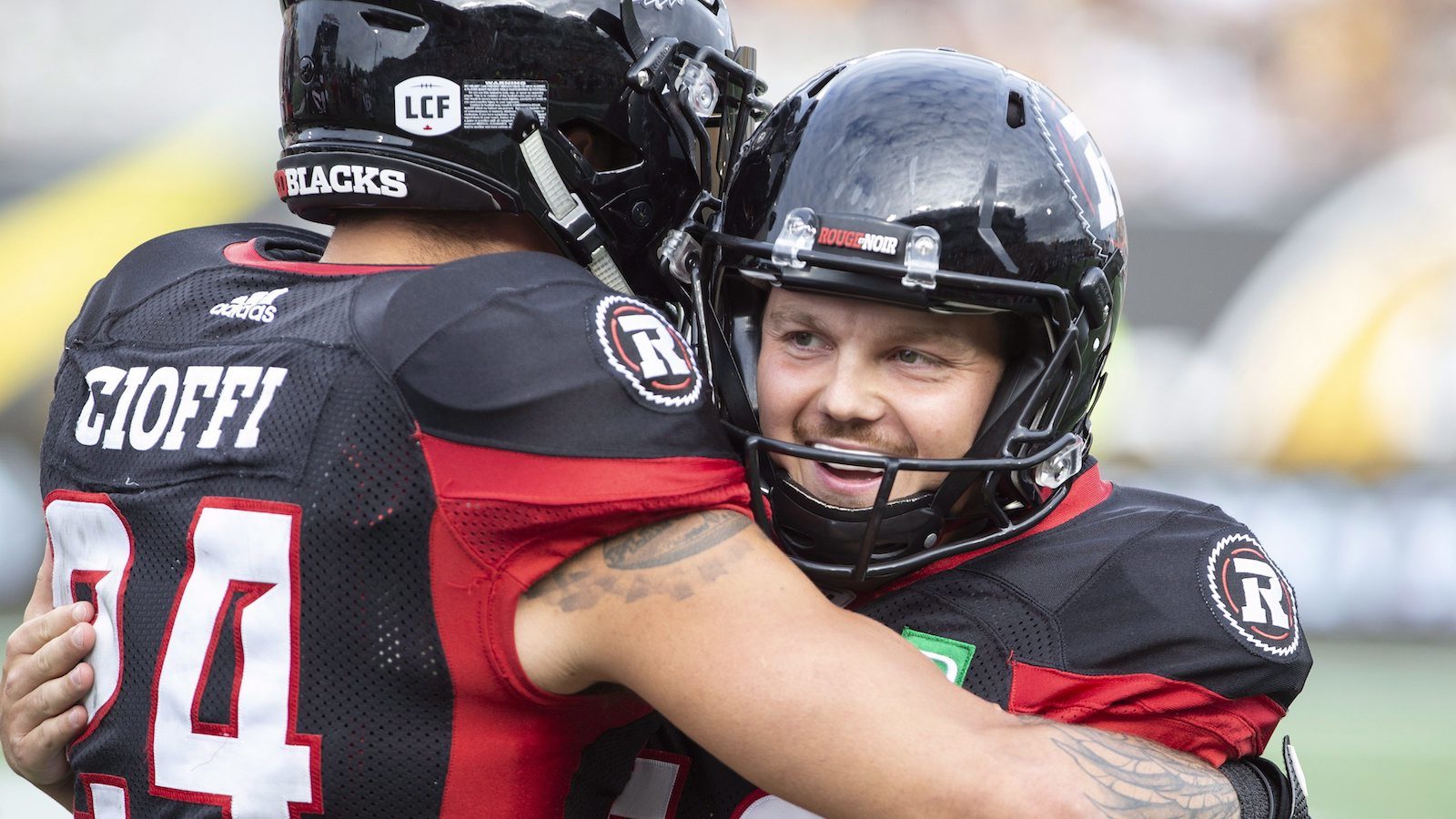 Ottawa Redblacks kicker Lewis Wardduring is hugged by teammate Anthony Cioffi after his final field goal of the game during second half CFL football game action against the Hamilton Tiger-Cats in Hamilton, Ont. on Saturday, July 28, 2018. THE CANADIAN PRESS/Peter Power

Ward become a household name in Ottawa and across the league this year after winning the kicking job in training camp and then proceeding to set a new CFL record for consecutive field goals, breaking the previous record of 39 and finishing the regular season with 48-straight. 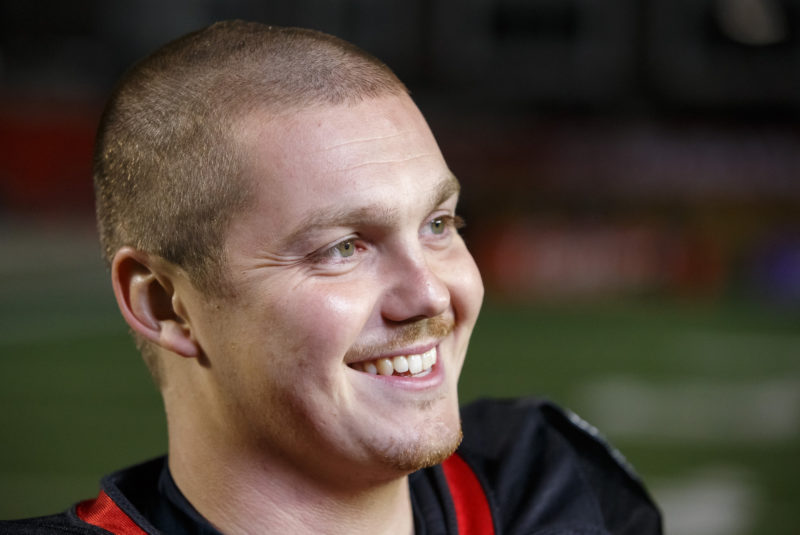 After breaking the CFL record held by Rene Paredes, Ward would go on to break the all-time professional football record for consecutive field goals (44) previously held by Adam Vinatieri.

Ward and the REDBLACKS will take on the Calgary Stamepders in the 106th Grey Cup on Sunday at 4 p.m. at Commonwealth Stadium. 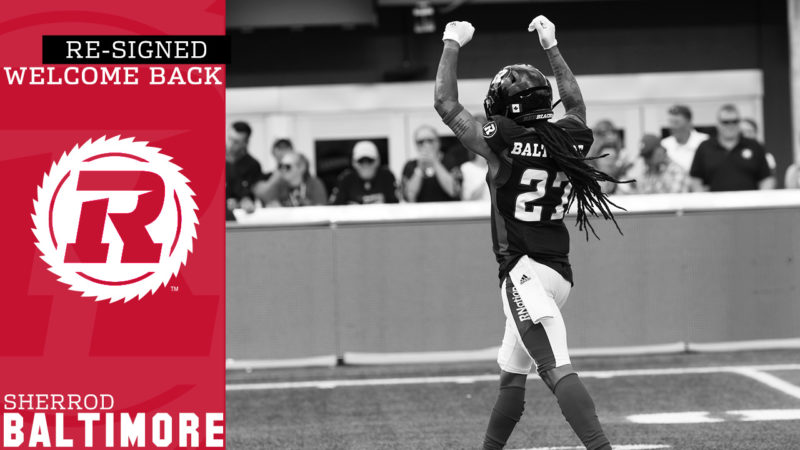