A touching experience returning to Ottawa for Hebert 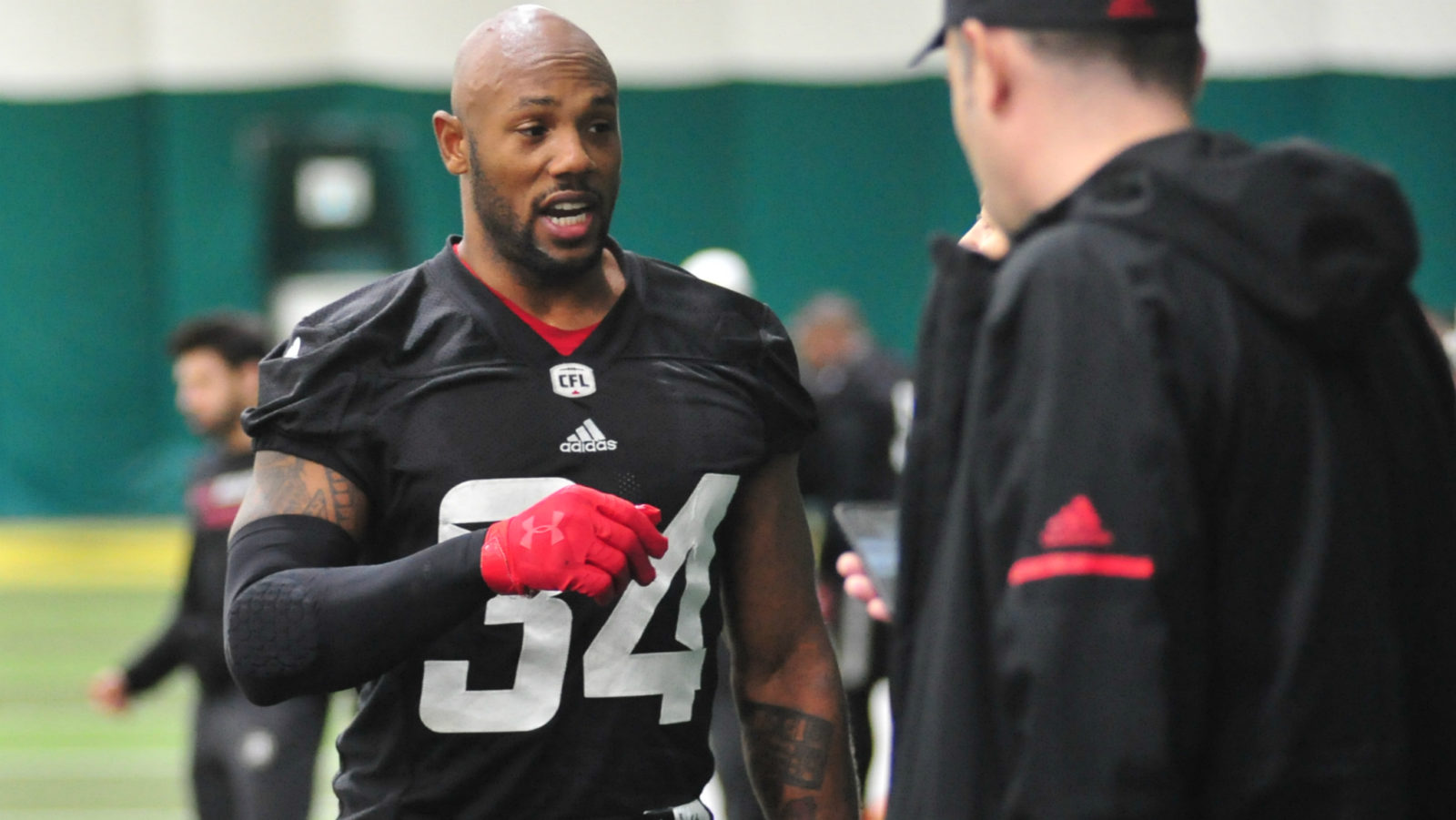 A touching experience returning to Ottawa for Hebert

EDMONTON – Sunday will be a bittersweet moment for Kyries Hebert when he’ll throw on his REDBLACKS uniform and play in the 106th Grey Cup presented by Shaw.

“The city of Ottawa pretty much saved my football career,” said Hebert following the REDBLACKS first practice since arriving in Edmonton.

Hebert entered the league back in 2004 as a member of the now-defunct Ottawa Renegades. He holds the title of being the last remaining Renegade to still be playing in the Canadian Football League.

» Landry: REDBLACKS arrive in Edmonton a changed team
» Watch: Ottawa touches down at GC up for the challenge
» Head to Head: Who has the edge in the Grey Cup?

Following his first two seasons in the league with Ottawa, Hebert then took his services to Winnipeg, Hamilton, and then Montreal, where he spent 2012 to 2017 as a member of the Alouettes.

It was in the 2017 off-season when Hebert requested his release from the Als after Montreal made a series of acquisitions to their defensive secondary. From there, the REDBLACKS came calling for Hebert’s All-Star services.

“The moment that we won the game to actually be here,” Hebert explained, “at the end of the Eastern Final, it was a pretty surreal moment with my wife because she pushed me to take the leap of faith to move from Montreal and go on to do something better with people who believed in me, and a place where it all started.”

The 38-year-old speaks highly of his teammate in life — his wife, and her insistence on taking the chance and opportunity to join the REDBLACKS.

“I think that was the first time I’ve actually shed a tear of joy – I’ve had three daughters born, and I’m usually not that much of a softy, but everything that we envisioned, and everything that we worked for – because it’s not me, it’s a team. I mean, our team busts our butts every single day, and our families, our support systems – I mean, my wife has been a huge part of this, more than anyone would imagine or think. She should actually be on staff for the REDBLACKS.