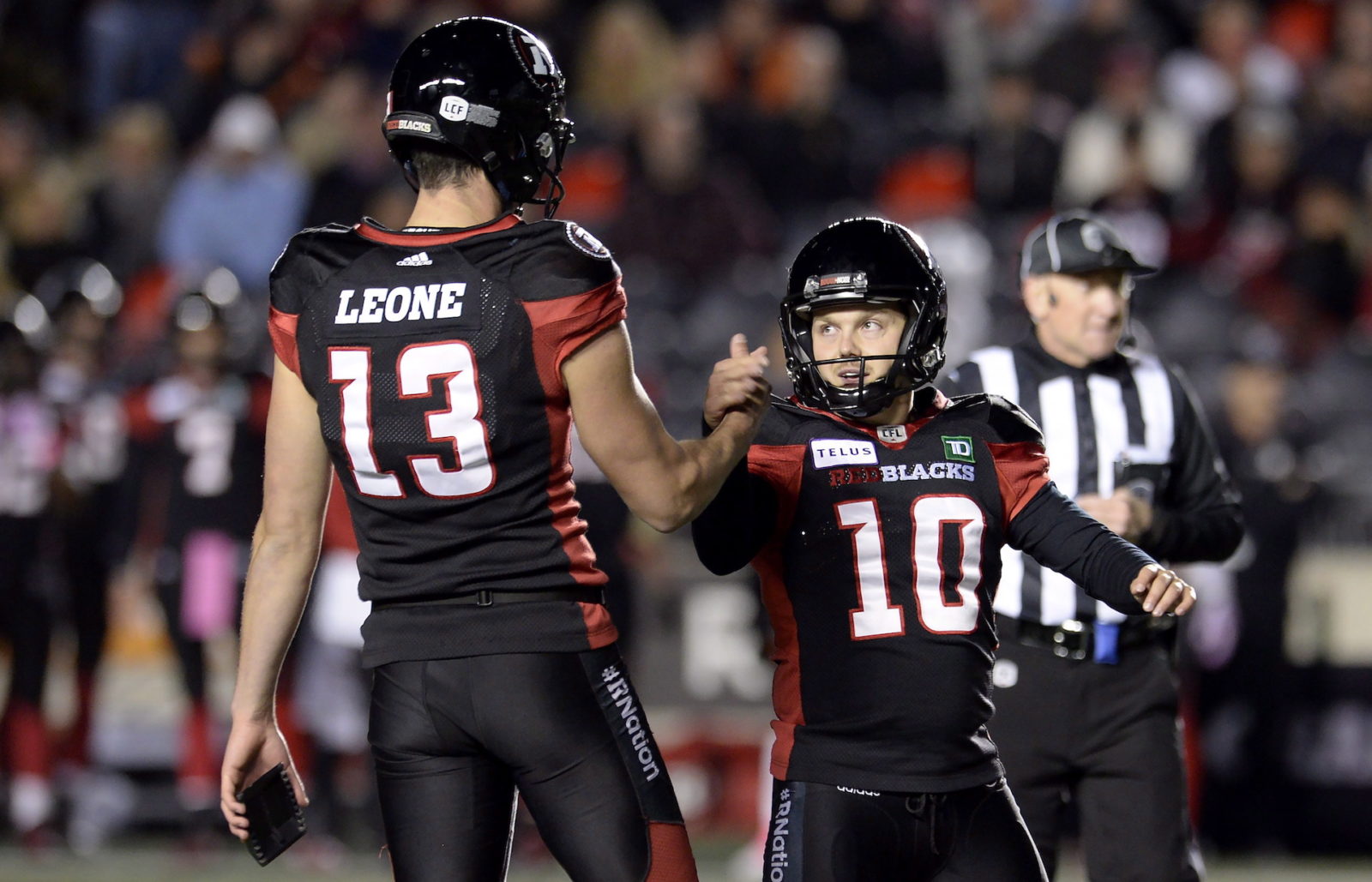 Trevor Harris went 33-for-45 for 349 yards and three touchdowns. William Powell rushed for 95 yards and was on the receiving end of one of the Harris touchdown passes.

The defence conceded 456 yards, but stiffened up in the red zone and held the Bombers to six field goals. Corey Tindal led the way with nine tackles and a sack.


After Winnipeg opened the game with a field goal, Powell brought RNation to its feet with a long run into the Bombers red zone. Two plays later, Harris found Powell in the flats and the back darted into the end zone. Harris then found Brad Sinopoli for the two-point convert, making the score 8-3 for Ottawa.

Winnipeg responded immediately with a touchdown of their own. Darvin Adams spun into the end zone, capping off a 70-yard drive. The first quarter concluded with the visitors up by two.

The second quarter started with Lewis Ward kicking his 38th straight field goal, this time from 27 yards out. Justin Medlock countered with a 40-yarder of his own, making the score 13-11 for the ‘Peg.

Medlock kicked two more field goals to make the score 19-11 at the half.

Winnipeg drove down the field on their first drive of the second half, but a nice goal line stand by the REDBLACKS forced Medlock to kick his fifth field goal of the game.

The kickers continued to shine throughout third quarter, with Ward connecting from 42 yards out, tying the record for consecutive field goals.

The REDBLACKS got some momentum when Anthony Cioffi forced a fumble and A.C. Leonard recovered the ball in Winnipeg territory.

It set the scene for Ward, who drilled a 40-yarder to break the CFL record for consecutive field goals with 40, breaking Rene Paredes’s five-year-old record. The score at the end of three was 22-17 for Winnipeg.


Winnipeg tried to put the game to bed in the fourth quarter, with Nichols finding Weston Dressler in the end zone and Medlock kicking another three-pointer.

Ottawa showed some late pushback, as Harris connected with Julian Feoli-Gudino for a touchdown strike. A Ward convert made the score 32-24.

The REDBLACKS took over the ball on their own 33-yard line with just under two minutes to go and marched down the field after a series of third-down conversions. Harris found Ellingson in the end zone, and the same duo hooked up the tie the game.

Winnipeg scored on their first possession in overtime. Nichols found Dressler for the touchdown and then Adams for the mandatory two-point convert.

Ottawa took over the ball, but a questionable unnecessary roughness penalty forced the REDBLACKS back. A late fumble near the end zone ended game.

The REDBLACKS (8-6) will face another tough West Division opponent next week when they travel west to visit the Edmonton Eskimos on Saturday, October 13. They will return home to welcome the Hamilton Tiger-Cats on Friday, October 19. The Blue Bombers (8-7) will face their rivals from Regina at home next week.

“It’s always disappointing to lose. I know our team shows good fight and spirit, but we need to do that more consistently. We seem to do pretty well when people count us out and we have to fight our way back. We need to be able to maintain that mentality all the time and keep that spirit about us.” – HC Rick Campbell

“It’s a pretty special moment and it’s nice to share it with these guys. We’re disappointed with the loss and that’s the main thing. We came out and tried to do our part today. We still have work to do and we’ll keep pushing forward.” – K Lewis Ward

Ward broke the field goal record at 13:59 in the third quarter. Richie Leone was the holder and Louis-Philippe Bourassa was the long snapper. The pro football record for consecutive field goals is 44 and held by Adam Vinatieri of the Indianapolis Colts… The Blue Bombers scored on each of their first six possessions… Feoli-Gudino’s touchdown reception was his first as a member of the REDBLACKS… Greg Ellingson earned his 400th career CFL reception in the game.