The visit included tossing the football around, toilet papering one of the cabins, signing autographs and, for Fury FC player Gabriel Balbinotti, getting thrown in the lake after losing an obstacle course race.


Monday’s visit marks the fourth year the REDBLACKS and Fury FC have been involved with Camp Quality. Whether it’s the players going to the camp in Lanark, ON or the campers touring TD Place, it’s an uplifting experience for all involved.

“The kids love athletes, they rage all week about it,” said Amanda Demers, a volunteer companion at the camp. “They don’t stop talking about it.”

“It was cool to come here and run around, play with the kids and give them something to smile about,” said REDBLACKS player Mossis Madu. “I know it’s a tough battle.”

The visit was especially meaningful for Madu, whose father was diagnosed with cancer last year. 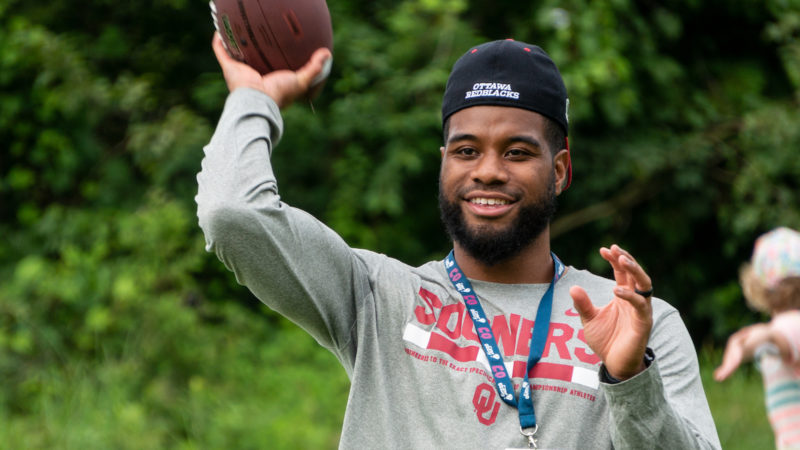 “He battled through it and right now he’s doing well,” Madu said. “He’s winning and hopefully it stays that way. I met a four-year-old and a five-year-old here and it’s just devastating, but they’re smiling! You would never know that these kids are dealing with this.”

Madu wasn’t the only one who quickly forgot the kids were affected by cancer. That’s precisely the point of Camp Quality – giving the summer camp experience to kids who may not be able to go to another camp because of their illness.

“They’re just kids being kids,” said Glenn Mooney, the director of the camp. “You don’t see any sick kids, just kids having a lot of fun. The rest of the year, they may go through some stuff that’s not as fun, but it’s far from their mind right now.”

“Seeing the kids have such a blast when they can’t go to regular camps is just astounding,” said Demers, who is in her third year as a volunteer and is a child-youth practitioner. “Looking at their happy faces and telling us that this is the only camp they can do puts a smile on my face.” 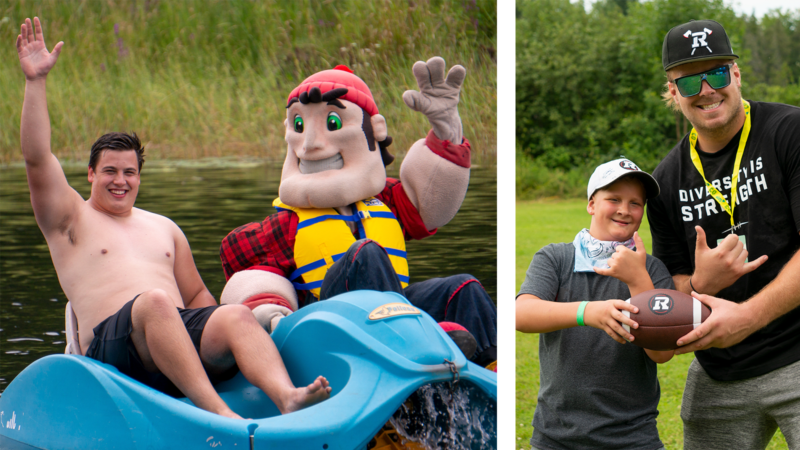 The teams first got involved with Camp Quality in 2015, when team Chaplin Paul Huggins reached out to Mooney about the possibility of bringing some players to the camp. The REDBLACKS visited in 2015, and then the Fury and the REDBLACKS welcomed the campers to TD Place the following summer.

According to Mooney, having fun with the soccer and football players is one of the highlights of the week.

“It’s just a connection that seems to work,” said Mooney, whose wife Pam also helps direct the camp. “They pranked the kids the first year by toilet papering their room. Nothing means more to a kid who has had some tough times than getting pranked by the football and soccer players.”

Camp Quality provides an authentic summer experience for kids who can’t get it elsewhere. The campers won’t soon forget canoeing, flying down the water slide, roasting marshmallows at dusk, and doing a cannonball off the dock with a REDBLACKS offensive lineman.