After playing career, Hopkins has shifted impact to schools 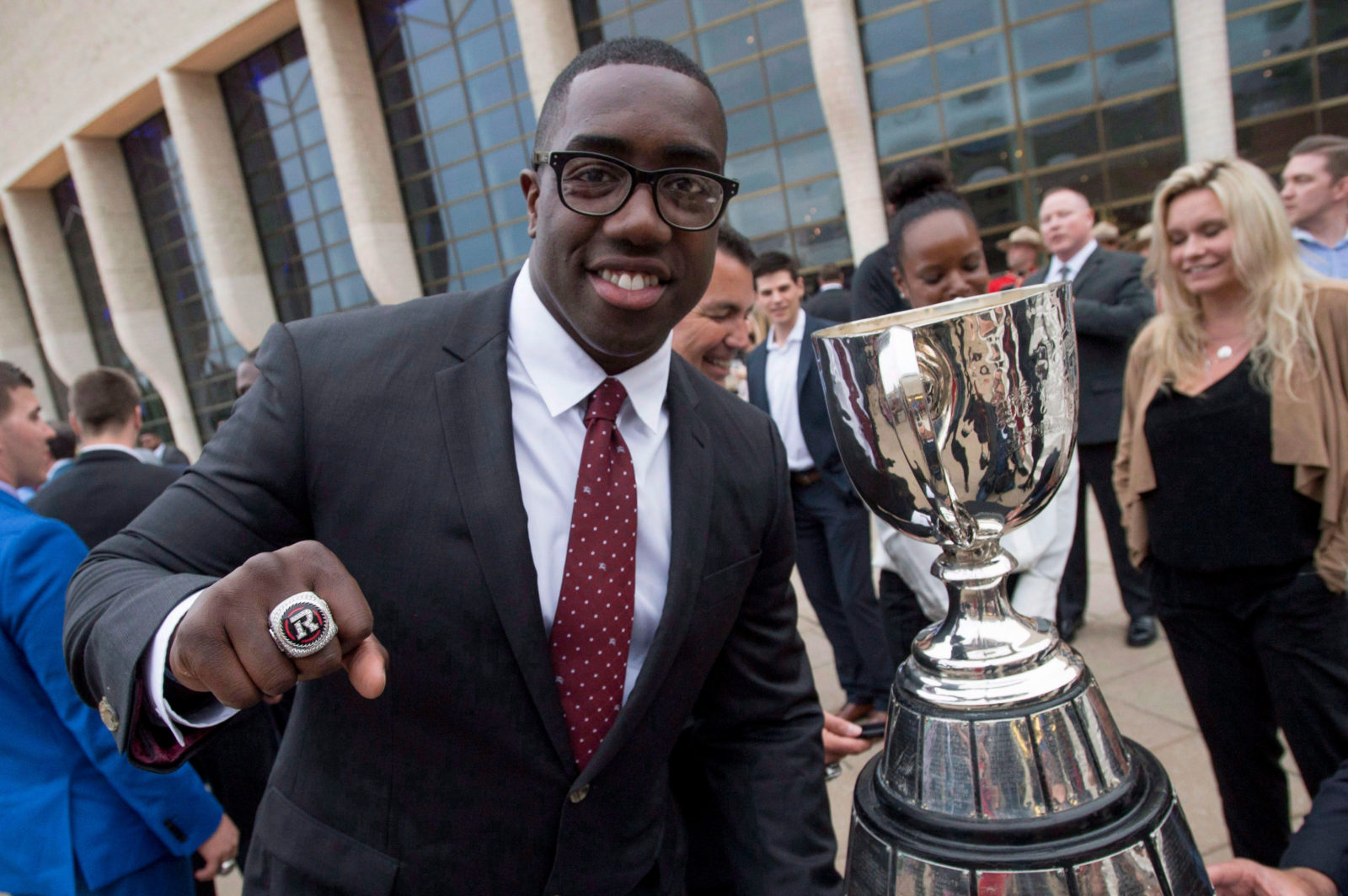 After playing career, Hopkins has shifted impact to schools

Moton Hopkins knows what it’s like to sit in a classroom, a little too big for your desk, and hear taunts about your size. He remembers moments in his childhood watching outsiders stare at his brother, Matthew, unaware of what Autism was nor how to help a nonverbal child find their place in the world.

When Hopkins got to the CFL in 2010, launching a seven-year career that saw the defensive tackle go from Winnipeg to Montreal to a Grey Cup-winning team in Ottawa, he knew he wanted to lend his voice to teaching people about those experiences.

“I mean, Matthew being Autistic and growing up having to take care of him, going through all the things we did with him medically, it definitely molded me to be the person that I am,” Hopkins, 31 and a year into retirement from the game said. He recently took on a project management role with Lockheed Martin in Fort Worth, Texas.

“When we were young we weren’t able to do a lot of the things that other families were able to do because of Matthew. But at the same time there was a lot of value because we didn’t get to do those things. It taught me that there are people that are different but that’s OK.

“It taught me that people are dealing with a lot of things family-wise that other people may not necessarily know or understand.”

Hopkins’ father was in the U.S. Air Force and as a result, their family moved a lot. Frequently packing up and leaving was difficult on him as a child. It didn’t make things easier on him that as he got older, his body raced away from him, providing him the size he’d need to play football later in his life but making for tough moments at school.

“Yeah I was definitely a little overweight. I was 245-pounds in the eighth grade,” Hopkins said.

He attended an academic school at that point and loved his classes. He was in the school band and had a good core of friends, but the bullying always lingered.

“I did get picked on a lot because I was so big,” he said. “I wasn’t very outspoken, I was very quiet, reserved, I was in the band. That was something I had to deal with growing up.

“I think that too made me appreciate people being different. When you get bullied and all of that stuff, and me being the size that I was, I didn’t understand that I probably could have stopped it a lot sooner than it was (stopped),” he said, laughing. “But mentally you don’t have that perception of yourself.”

Playing football, being a part of a team and meeting people he never would have otherwise met, changed his life, he said.

“Football is unique in that there are so many different groups of people placed on a team,” he said.

“It really does show you that we have tons of differences but you can get past that as a goal and get things done the way you need to get things done.” 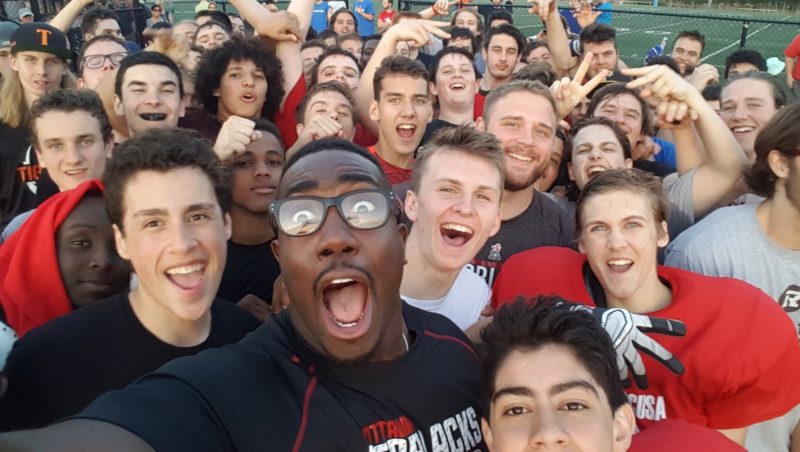 When he got to the CFL, particularly in his time in Ottawa, Hopkins began speaking at schools about bullying and trying to understand people that are different than you.

“I enjoy talking about it. I understood that because we’re athletes, because of the position that we’re in, that they’ll listen to us,” he said.

“Even if we’re saying the same things that their parents are telling them. It’s always been a thing where I’ve wanted to use that to help someone out, help somebody’s kids and put them in a better position.

“I’ve had friends that had opportunities and didn’t take advantage of them and they’re kind of worse off, or they’ve thrown away their lives to an extent because they didn’t have that person to tell them, ‘Hey don’t do this. This isn’t as cool as you think it is and this person’s leading you down the wrong path.’ That was a big thing I wanted to do.”

Whether it’s in kids becoming more aware of their words and actions, or the world in general gaining a better understanding of what Autism is, Hopkins sees progress being made.

“From the time we were younger, people knowing about what autism is, special needs, compared to now it’s significantly different,” he said.

“We would go out and people just wouldn’t understand. (Asking) why he’s making noises, all these things.

“It’s easier for him to go out now because people understand. They have more information, people are more accepting of it, whereas when we were kids that wasn’t the case. Years ago, our doctors didn’t even know how to handle it. There were no dentists that we could take him to before, because they didn’t (take Autistic patients), things like that.”

He takes pride in having spoken to thousands of kids over the years and relishes even hearing back from one kid that said he reached them, that his words made a difference.

“You can’t affect everyone but if that one person hears your message and it’s better for them, it was definitely worth it,” Hopkins said. “One life is worth taking all the time to do whatever you have to do to go out there and talk to some kids.”