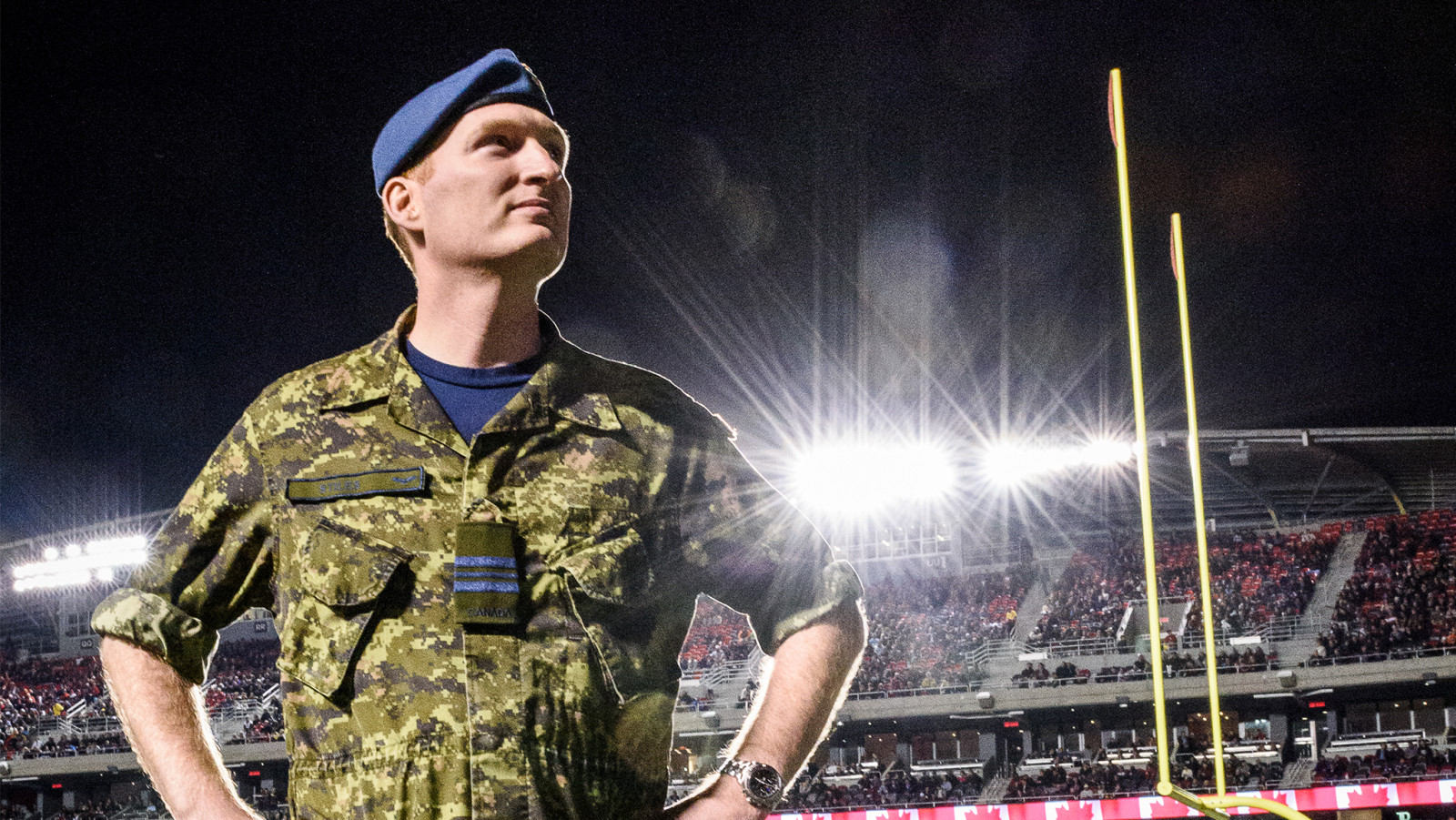 The REDBLACKS host the Calgary Stampeders on July 12 at TD Place for our annual Canadian Armed Forces Appreciation Night. Great seats are still available for Thursday’s game that will feature a flypast by C-18 aircraft following the national anthem.

About the Canadian Armed Forces Appreciation Game
The Canadian Armed Forces partners with all CFL teams to enable fans to show support for the men and women who serve our country. Military personnel will receive and 10% off all REDBLACKS merch and $2 off our jumbo dog + pop/beer and pizza + pop/beer combos. Simply show your military ID to our staff to receive the discount.

About the CF-18 Flypast
The flypast is a thrilling highlight of the partnership with the Canadian Forces. Fans still talk about the flypasts from previous seasons. This year, there will be a flypast from one CF-18 at approximately 7:30.

About Tickets to Thursday’s Game
Canadian Armed Forces members are eligible to get 50% off their tickets to the game by calling 613-232-6767 x1.

All other tickets are available by clicking here.