REDBLACKS fall to Stampeders in Calgary 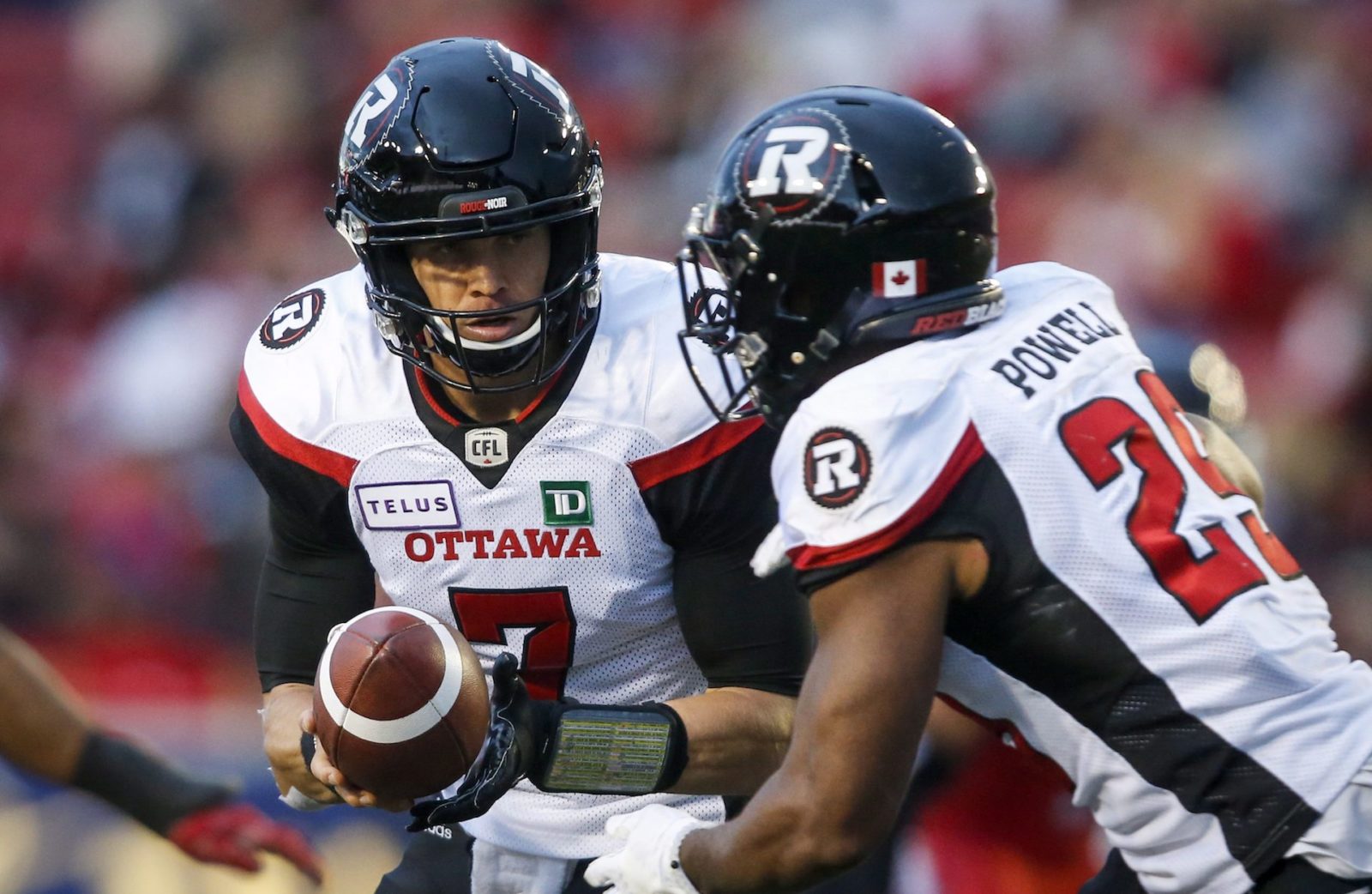 REDBLACKS fall to Stampeders in Calgary

The REDBLACKS struggled to solve the Calgary Stampeders defence on Thursday night, as they fell 24-14 at McMahon Stadium. The teams combined for only 427 passing yards on the evening in the second-lowest scoring game of the CFL season thus far.

The last time the two teams met, they combined for 82 points, but the scoring was much harder to come by when they clashed on Thursday. William Powell had 123 rushing yards in a standout performance for the Ottawa offence.

The REDBLACK defence created three turnovers on the evening, including an interception by Rico Murray. Antoine Pruneau led the way with nine tackles, but the Calgary offensive line didn’t allow a sack.

The contest started slowly with neither offence able to get any traction. Both teams had plays called back for penalties, and it was an old-fashioned, defensive struggle until Powell ran for back-to-back big gains. The runs set up a 39-yard Lewis Ward field goal to give Ottawa a 3-0 lead that they held into the first quarter break.

Ward kicked a field goal to start the second quarter, but one could sense that it was only a matter of time before the game was broken open. That gamebreaking play came from an unlikely source, as Calgary defensive lineman Micah Johnson intercepted a pass that was tipped at the line of scrimmage, giving his team the ball inside the red zone.

The Stampeders would take advantage with Bo Levi Mitchell finding Eric Rogers with a short bullet pass in the end zone to give the home team the first major of the game. That would be all the scoring the second quarter had in store, as it ended 7-6.

Neither offence could get much going in the third quarter, but a Richie Leone punt out of the end zone did tie the game at seven.

Following both teams having drives stall before getting into field goal range, the Stampeders marched into the Ottawa red zone. Noel Thorpe’s defence was able to keep the ‘Stamps out of the end zone though, and Rene Paredes kicked a short field goal to give his team the lead.

Trevor Harris took no time responding. On the play immediately after the field goal, Harris hooked up with Greg Ellingson for a 56-yard gain. The REDBLACKS worked it down to the goal line, but on third-and-short, Dominique Davis was denied on the sneak and the Stampeders took over to start the fourth quarter.

Mitchell would fire his second touchdown pass of the evening, connecting with Kamar Jorden for a 32-yard catch-and-run to pay dirt. Calgary extended their lead less than three minutes later when Don Jackson spun into the end zone. A Paredes convert made the score 24-7.

Davis came in for the REDBLACKS under centre in the dying moments and found Ellingson in the end zone. Ellingson made an impressive diving catch to make the score 24-14, which would hold until the final horn.

The REDBLACKS (1-1) will look to get back in the win column when they visit the Montreal Alouettes on Friday, July 6. Ottawa won’t have to wait long to get revenge on the ‘Stamps, as Calgary will be at TD Place on Thursday, July 12. The Stampeders (3-0) have a bye week and their next game is that July 12 matchup in Ottawa.

“We just didn’t make the plays we needed to in key moments. I liked our fight and the spirit of our football team. It was a game in the fourth quarter and they made more plays than we did. We’ve got a long road ahead and we’ll make sure we take care of ourselves and stay healthy and get back to work.” – HC Rick Campbell

“They’re a great team, but we’re a great team as well. We left some plays out there. I feel like we’re going to go back to the drawing board, make some adjustments and we’ll have a different outcome next time.” – RB William Powell

It took 5:50 of game time for either team to record a first down to start the contest…The teams combined for just 103 total yards of offence through the first 15 minutes…Bo Levi Mitchell surpassed 20,000 career passing yards during the game…Calgary had 150 yards in penalties while Ottawa had 59…The REDBLACKS held Calgary to only 23 yards on second downs.