Campbell on quarterbacks: Henry’s our guy

Campbell on quarterbacks: Henry’s our guy

OTTAWA — The Ottawa REDBLACKS are putting to rest any thought of a quarterback controversy.

Henry Burris is on firm ground as the team’s starting quarterback, Ottawa head coach Rick Campbell confirmed Wednesday in an interview with TSN 1200, and both he and Trevor Harris know their roles heading into 2016.

“Henry’s our guy,” Campbell said in the interview. “He’s the guy. They both know that.”

The interview can be heard in its entirety below:

The REDBLACKS acquired 29-year-old Harris through free agency this off-season, a quarterback who broke out in 2015 with the Argos and is knocking on the door to become a starter.

Pressed into action while Ricky Ray healed from off-season surgery on his throwing shoulder, Harris looked like a seasoned veteran at the helm of the Argo offence, throwing for 4,354 yards (third in the CFL) and a league-leading 33 touchdown passes.

“Trevor’s going to come in, he’s a hard worker and obviously he’s a good player,” Campbell said. “He won a lot of games last year with Toronto.”

But while the Waldo, Ohio native almost certainly fits into the REDBLACKS’ long-term plans under centre, Burris was the CFL’s Most Outstanding Player last season and doesn’t appear to be in any position to turn over the job just yet.

Burris turns 41 on June 4 but neither skill level, physicality or durability appear to be escaping the wily veteran. Last season he threw for a career-high 5,703 yards to go with 26 touchdowns and 13 interceptions, while he hasn’t missed a game due to injury since 2007 when he was in Calgary.

“Henry has not lost it,” said Campbell. “You watch him and sometimes when guys get older they’re in the cold tub more and they look tired once in a while.

“Henry shows no signs of that, he’s doing a great job and that’s good.” 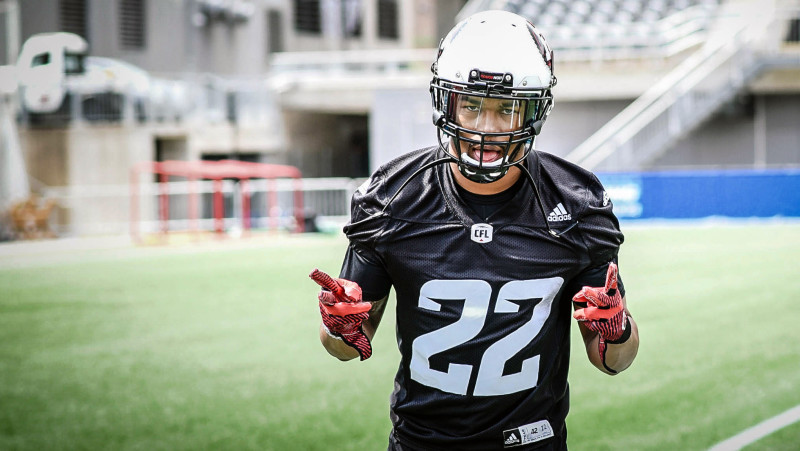 Still, Harris offers Campbell and the REDBLACKS comfort on multiple levels. For one, Ottawa has just about the best insurance policy in the league should Burris suffer an injury or his age catches up to him. Furthermore, Harris potentially gives Ottawa its starting quarterback of the future.

“It’s big comfort, and it’s good for our whole football team,” Campbell assured. “In the big picture with [Burris’s] age we wanted to make sure we had some answers for the future and the upcoming seasons and all that — that’s why we want to get as many good quarterbacks around here as we can.

“I don’t think you can ever have too many good quarterbacks . . . but they both definitely understand the situation.”

The REDBLACKS opened camp for rookies and quarterbacks on Wednesday, while veterans report and full training camp kicks off Sunday.