The announcement is highlighted by the implementation of an injury spotter that will monitor every CFL game in 2016.

Other new health and safety measures include:

• An update to the concussion protocol to facilitate for a player, if he so requests, a second opinion from an independent physician with concussion expertise when a player has been diagnosed.

• A provision that prohibits contact on the first day of training camps, and one which caps the number of padded practices allowed during the regular season at 17.

• A joint CFL-CFLPA research initiative to collect general data to learn more about the diagnosis of concussions and athletes’ understanding of symptoms.

CFLPA President Jeff Keeping says injury spotters and other significant player safety improvements respond to the concerns of players in a time of increased attention to concussions in every sport.

“Our players are very pleased that we are taking important steps to protect their lives, health and careers – by quickly diagnosing and treating possible concussions and other serious injuries,” said Keeping, a Winnipeg Blue Bombers player. “Making the game safer is good for players, good for fans and good for the League.”

“The new measures we are announcing today represent the next step in our continuing commitment to this objective,” added Jeffrey L. Orridge, Commissioner of the CFL. “Protecting and maintaining the health and safety of our players, elite athletes who are a tremendous asset to our league on the field and in the community, is a top priority for our league.”

The injury spotters will monitor all games from the CFL Command Centre, which for the first time, will have access to a continuous feed featuring all 24 players on the field, as well as the feed of the game as covered by TSN, including replays.

The Spotter will be able to identify when a player is in distress and may require medical attention. This individual will be in direct communication to field level and will have the ability to stop the game should it be necessary. 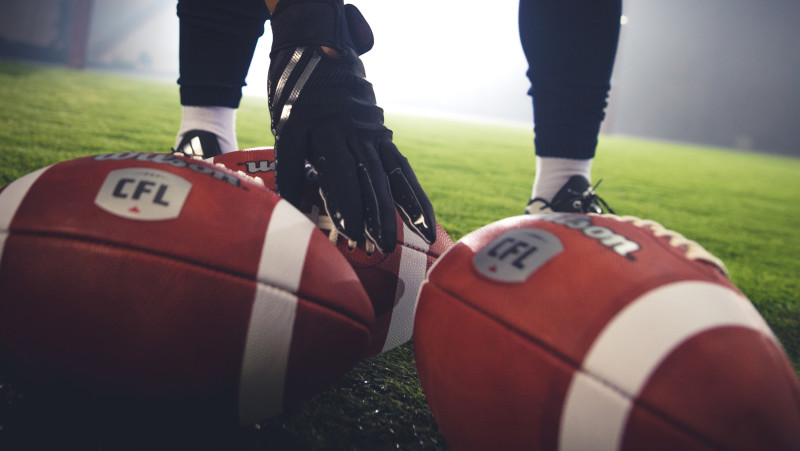 Last season, the CFL’s BC Lions, Edmonton Eskimos, Calgary Stampeders and Winnipeg Blue Bombers partnered with the National Football League on implementing K-D tests during CFL games and practices, in addition to ongoing education, research and medical response protocols previously in place in the CFL.

“Our research last year, conducted in concert with the National Football League, showed promising results and that has led the medical staffs from our clubs to conclude that the K-D test is a viable tool and worth implementing across the CFL,” said Kevin McDonald, Vice-President of Football Operations and Player Safety for the CFL.

The K-D Test is an objective remove-from-play concussion screening test that measures the player’s eye-movements, speed and language function. After suspected head trauma, the athlete is given the test and that time is compared to his preseason baseline results for the same test.

It will be used this year in addition to the CFL’s established sideline concussion examination which involves a medical and neurological examination by a physician and a SCAT assessment as per the International Concussion Consensus guidelines.

Earlier this month, the Board of Governors approved additional rule changes also designed to strengthen player safety. Players will not be able to push blockers through gaps in the offensive line on single point or field goal attempts.

In addition, the league has expanded the definition of a “peel-back” block to make it illegal for any offensive player to block an opponent low anywhere on the field when he is moving towards his own goal line, not just those players that start the play in the ‘close line play area’, commonly referred to as the tackle box.

The Canadian Football League regular season kicks off June 23rd when the Toronto Argonauts host the Hamilton Tiger-Cats at their new home at BMO Field. It culminates with the playing of the 104th Grey Cup on November 27th, also in Toronto.