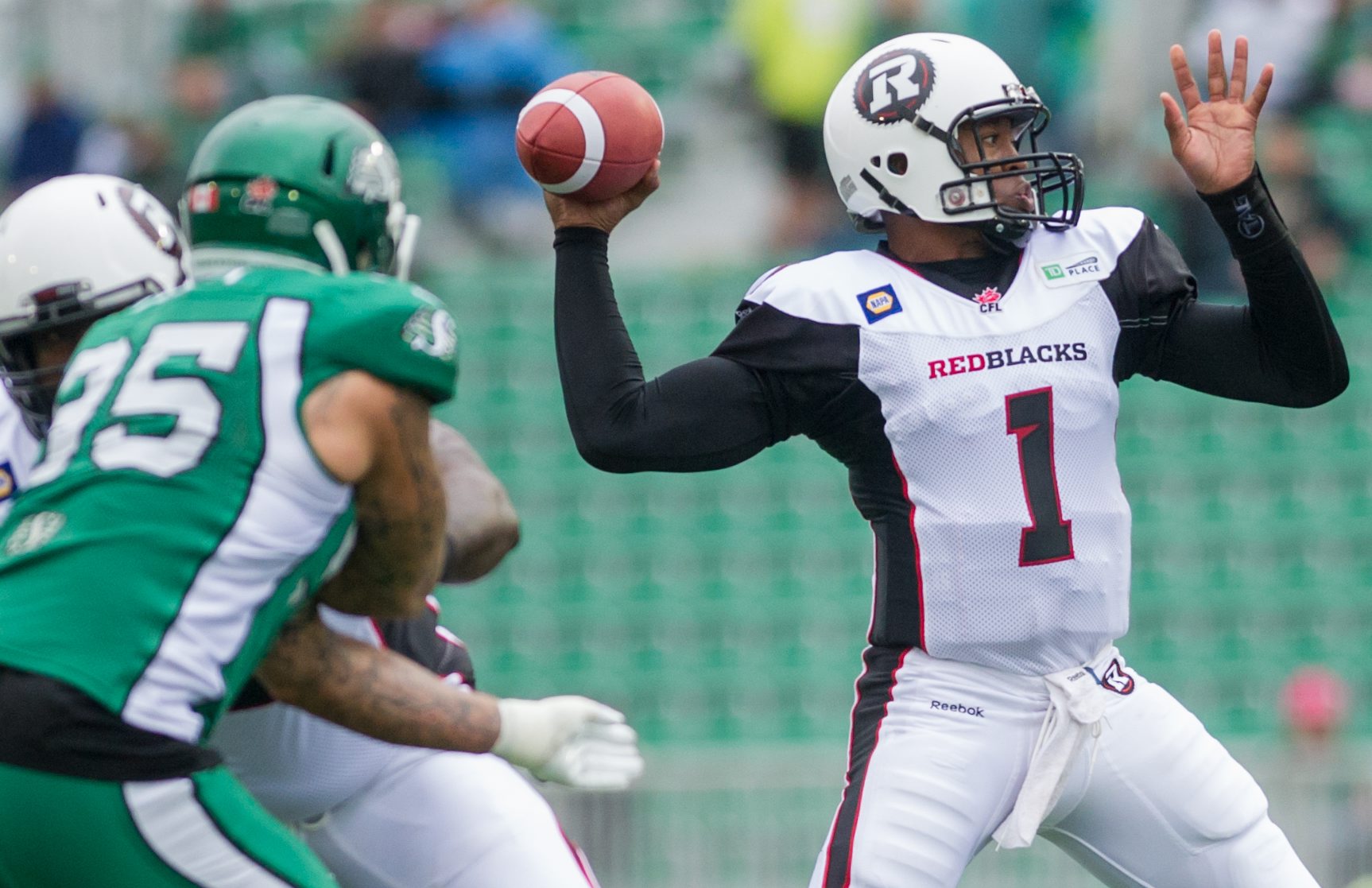 The good news: An Ottawa CFL team hasn’t lost a regular-season game since 2005.

The bad news: Ottawa hasn’t won one, either.

After eight years in mothballs and a legal battle to get construction of a spruced-up stadium in place (work didn’t begin until late in 2012), the CFL lives again in Ottawa with the RedBlacks.

If exhibition-game showings (a 21-17 loss to Saskatchewan and 26-10 win over Montreal) are any indication, this won’t be your typical expansion franchise. They’ve got a good mix of young players and veterans.

“People are saying we’re an expansion team and all that junk,” said quarterback Henry Burris. “We have no idea what team that is. A number of guys here have played with winning organizations. That’s the type of attitude that’s being instilled here. We’re working hard to give ourselves a chance to win the Grey Cup.”

The RedBlacks will count heavily on Henry Burris. Yes, he’s 39 years old. Yes, longtime CFL followers say there’s both a bad Burris and a good Burris. The good Burris is one of the top quarterbacks in the CFL; the bad version makes bad decisions and turns the ball over at inopportune times.

We’ll go with the good Burris here. Look at the stats.

He’s thrown for more than 50,000 yards over his 14-year CFL career. When given time to throw, he checks off well and finds secondary receivers.

“Back in the day, I used to try and throw it through a brick wall every time,” said Burris. “Now, I understand what a touch pass is all about.”

Unlike many QBs, he’s not brittle and he’ll take a hit.

He hasn’t missed a regular-season game in six seasons.

And there’s his ability to lead a team.

He inspires confidence among his teammates, not just by saying “¦ but by doing.

The value of Henry Burris is obvious. He could still be in the conversation as one of the league’s best QBs … There isn’t necessarily a go-to receiver, yet. But several guys look ready to step up. Not so long ago, Paris Jackson, 33, had back-to-back 1,000-yard seasons and is looking to show he’s got plenty left in the tank … So far, the RedBlacks QBs have gotten excellent protection from the offensive line, which features all-world beard candidate centre Jon Gott, acquired in a draft-day deal with Calgary … Fullbacks Patrick Lavoie and John Delahunt could play key roles blocking and catching passes out of the backfield … RB Chevon Walker, who didn’t get much of an opportunity in 2013 in Hamilton, is anxious to prove he’s one of the league’s best.

In their first exhibition game, the RedBlacks had difficulty stopping the run. But it might not be fair to assess this is a weakness, especially given their follow-up success in Montreal …

A bright spot was an electrifying 75-yard punt return by Jamill Smith vs. the Green Riders. But there have been issues with special teams. In Game 1, there were breakdowns on punt coverage and in Game 2, there were issues with kickoff coverage. “The good news is we found the enemy. It’s us,” said special teams co-ordinator Don Yanowsky … The RedBlacks cut placekicker Justin Palardy a week before the start of the regular season. So who will kick the ball? Anybody interested?

1. Coaching. It’s the first go-around for head coach Rick Campbell, who was hired after being the defensive co-ordinator for Calgary the past couple of seasons. Rave reviews so far. The son of legendary Hugh Campbell has the perfect mentality.

2. Kicking. There haven’t been many wow moments. And, now, there’s a bit of uncertainty. The RedBlacks discarded three kickers in training camp.

3. Belief in themselves. Not many are giving them much of a chance. They are, after all, an expansion team. But the players say they won’t use that as an excuse. They are talking playoffs.

5. The defence. Keith Shologan will have to continue to be one of the best defensive tackles in the league. Zack Evans is an up-and-comer. DB Jovon Johnson has something to prove.